Evil needs a face. In the 1980s that face was Ruhollah Khomeini. In the 1990s it was Sadam Hussein. In the 2000s it was Osama bin Laden. Setting aside whether these individuals were in fact evil, the reality is that for the American people they were the face of evil. They were personifications of a complex bundle of geopolitical concerns which came to the fore for a given span of time. Like it or not this was relevant to American brown folk. Apparently Sanjay Kumar, a Sri Lankan American who was later became the C.E.O. of Computer Associates, had to wear an “I am not Iranian” t-shirt in high school around 1980 during the hostage crisis. During the first Gulf War I encountered a weird comment that I looked like Saddam Hussein from an idiot in one of my classes (my own reaction was “what kind of crack are you smoking?!?!”, and my friends pretty quickly started mocking the kid who had thought to get one in at my expense). More recently in the 2000s the issue of “false positives” has been widely covered on this weblog, not without controversy.The controversy has to do with the fact that most resident South Asians are Hindu or Sikh Indian Americans who have nothing concrete to do with the Muslim Middle East. In fact to be frank many have their own issues with Islam and Muslims, making the analogy all the more offensive. Prejudice rooted in mistaken group identification would be farcical if it was not without tragic consequences.

Arab Christians here are trying to separate themselves from a boisterous Muslim community that has served as a punching bag for “terrorism” stereotypes since Sept. 11.

Many have moved to Detroit’s northern suburbs — Sterling Heights, Madison Heights, Farmington Hills and the Bloomfield areas — to get away from the high concentration of Muslims in Dearborn, said Pastor Haytham Abi Haydar of Arabic Fellowship Alliance Church. Other Christians, he said, have turned their backs on their Arab heritage and integrated with American culture.

But just like Middle Easterners often assume America is a Christian nation, many Americans assume all Arabs are Muslims. That’s made life in a post-9/11 world difficult for a group of people who is proving religion has no borders.

There are a few separate issues which I want to address to do justice to what’s going on. First, the Arab identity of many non-Muslim minorities in the Middle East is contested. They may speak Arabic as their first language, but their identification as Arabs may be only an artifact of Arab nationalism (which Eastern Orthodox Syrian Christians were instrumental in formulating). Many Arab Christians from the Fertile Crescent persisted in speaking the ancient Syriac dialects which have nearly become extinct. And Maronite Christians from Lebanon quite often will vigorously and vocally deny an Arab identity, in part because of their association with Western Christians and Western Christian powers dating back to the medieval era (their church is in union with Rome, so they are Catholics, but with their own specific rite which dates back to late antiquity), and also because of the fact that many are in fact Francophone.

Setting that aside a second tragic aspect of the prejudice against Arab Christians for being Muslim is that they have been the subject of a nearly century long religious cleansing from the Middle Eastern on the basis of their deviation from the majority identity of their nation-states. Because of the Assyrian genocide almost the whole of the membership of the ancient Church of the East resides outside of the Middle East. The headquarters of the modern church, whose historical lineage goes back to the Sassanian Shahs of pre-Islamic Iran, is in Chicago. Until recently one could unequivocally say that the majority of Arab Americans were not Muslim because of the disproportionate migration out of the Middle East of religious minorities fleeing persecution. There are millions of people of Lebanese descent in Brazil! 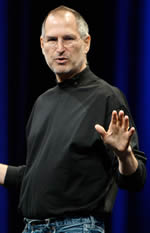 But the final issue which is important for Arab Christians, and Arab non-Muslims in general (Paula Abdul’s father was a Syrian Jew, Casey Kasem is a Druze), is that they can melt into the background because many of them can “pass” for white. How many people would ever guess that Steve Jobs’ biological father was a Syrian Muslim? Or that 1980s teen-queen Tiffany sports the surname Darwish? You can think many things of Ralph Nader, but his Arab identity is not at the forefront of his public image. Few people know or care that the Republican governor of Indiana, Mitch Daniels, has paternal grandparents who were born in Syria.

The problem for brown Americans is that for most of us we aren’t “brown” just because of our names, dress, or place of familial origin. We are physically brown! There’s no option of melting into the background with simply an Anglicization of name and a switch to a conventional mainline Protestant or Roman Catholic church. You could be a Christian brown American with both names which don’t warrant notice (e.g., “Matthew Thomas”), but you would still have a brown face.

None of this is new. All of these points have been mooted on this weblog before. But the reason I’m prompted to post this is because as we move into the teens of this century there is now on the horizon a possibility of a new bÃªte noire of the United States of America: Pakistan. Despite Khomeini’s paternal lineage’s sojourn in Lucknow as part of that city’s Persian community (ergo, his occasional honorific of “Hind”) he was not really brown. If Saddam Hussein shaved his mustache I don’t think you could plausibly say he was brown either. “At least” Osama bin Laden seems to have been a relatively noticeable brown shade, as benefits someone whose father was an immigrant from Yemen’s baking Hadhramaut.

But it may be that if Pakistan takes center stage, going from “frenemy” to “enemy,” the face of evil will become indubitably brown (yes, I know some Pakistanis deny an affinity with other brown folk on racial grounds, but everyone knows this is a joke). This will bring to the fore I think a set of complex tensions which are common within the diverse and variegated brown American community. As I have noted before because of my surname people regularly ask if I am Pakistani, including Pakistani Americans. I have a few different reactions. A mild visceral irritation does boil up within me because my mother was shot by Pakistani soldiers during 1971 conflict. Of course my family has Pakistani American friends and they do not linger long on those long gone politics, but despite all that my parents have left me with no illusion with how we Bengalis were treated when we were Pakistanis. More strongly though I have an aversion to what Pakistan has become, a state where religious minorities and the heterodox live in fear, the bosom of terrorism and conspiracy. I am not deeply engaged in affairs international, but the more I find out about Pakistan the more angry I become. I am not an Indian American but I now comprehend with much more fullness why Indian Americans have such strong reactions to Pakistan, even those born and raised in this country.

Which brings me to the issue of the majority of the readership of this weblog. It is one thing to be confused with Arabs due to the ignorance of the average human. What if it became common to be attacked or abused for being Pakistani if you were Indian American? If it were not tragic and terrible it would be comic! And yet stranger things have happened. I recall the story of some Sudanese Christian orphans in Atlanta who had fled their nation of birth because of racial and religious persecution…who were assaulted for being “Muslim terrorists” by ignorant gangbangers after 9/11.

I cursorily follow many political weblogs in my RSS reader. It seems that Left to Right there is no sympathy for Pakistan. In my own opinion this is a well founded position. Rather than an ideological chasm it seems there is an establishment vs. non-establishment gap, where it is the establishment which is urging caution. Perhaps caution is warranted, that is not the concern of this post. Rather, I do think that there is a high probability that in the next few years we, as in Americans, will know Pakistan with the same level of detailed superficiality which we got to know Afghanistan and Iraq in the past.

Because of my name the difference in experience will only be quantitative in terms of being queried unbidden by strangers whether I am Pakistani. And yet I wonder if more random brown folk will be asked this question now, and the range of responses which will be offered. As for Pakistani Americans, well, I’m very glad that I’m not in that boat! Hopefully these fears will be rendered irrelevant by a cooling down of tension or changes within the Pakistani body politic, but I wouldn’t take that bet right now….

Note: I am primed to close comments very quickly if the opinions are too inflammatory or boringly predictable. I will delete comments complaining about my stance on this issue when I see them.