I don’t know if you realize this, but there’s a lot of bad music out there, particularly bad music by Desi artists. I’ve been pretty consistent with these Music Monday posts at Sepia Mutiny for the past six months, and the only requirement I have is that the musician or song that I profile has the be something that I myself would download on to my iTunes and embarrassingly blast loudly in my car. That being said, I have to dig through a lot of ear bleeding songs to get to one that really moves me. But I get so excited when I find something that I want to share. 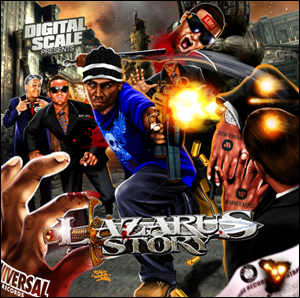 Today’s #MusicMonday comes through an interview I found at Brown Girl Magazine of the doctor-hyphen-rapper out of Detroit, Lazarus. A Pakistani-American artist, his lyrics are conscious and gritty, and his beats are Detroit ferocious.

With over a million views on the above video, I clearly have learned about Lazarus after all the other kids have. I kind of love how he is unapologetic about pursuing his medical degree and a rap career at the same time, as can be heard in his song “Living the Dream.” Ain’t no shame in improving yourself. Lazarus dropped a mixtape called Lazarus Story this past September, which can be downloaded for FREE online through this link right here. Of all his beats I’ve heard so far, I love the message out of this one the best…

8 thoughts on “Get Drugged By Lazarus”