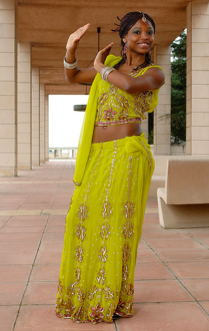 I walked outside and felt abnormally grateful for the traffic clogging my street at lunch time. I needed a cab and there were several, stranded in front of me.

The middle one had a female driver, so I chose her. Once I slammed the door, I was surprised; the interior smelled like auto parts, dust and WD-40– a combination which transported me into the past, to my father’s garage, a place where I learned the difference between a flat and Phillips screwdriver before I figured out the alphabet. I checked my sexism immediately and felt bad for the dissonance I was experiencing at the shock of such a scent combined with a female driver. I knew better than that.

“Thanks for picking me.” She smiled wryly. She was middle-aged and African American, with thick, bouncy curls. Some of her facial expressions reminded me of Loretta Devine, which secretly delighted me. Devine was the best part of one of my favorite seasonal guilty pleasures: “This Christmas“. Stop judging me. I liked it before Chris Brown did that. Oh, you’re judging me because it’s a mediocre film which over-relies on holiday cliches to make its point…sure, I deserve that. Carry on!

“I’m not going to lie,” I began. “I thought it was cool that you were a female cab driver. I don’t usually get those.” I smiled at her.

“Yeah, we’re rare.” She studied me in her rear view mirror.

“And so are you!”, she declared, emphatically.

I laughed. My pat answer had been challenged; that usually doesn’t happen.“Yes, of course I am. I am of Indian descent, I just meant that I was born and raised here. I always try to lower expectations before I get asked about Bollywood or what ‘that one curry is called‘, because chances are, I don’t know. I don’t watch those movies. I don’t eat most of those curries. I haven’t been to India in over 20 years, which is sad. I speak Malayalam and eat our food, both of which are mad different from Hindi and Butter Chicken.”

“I just mean…well, you look Indian.” We were at another stop light.

“I do, but I’m American. And I know that’s probably just my irritation at forever being treated like something foreign or exotic coming through–”

“My niece is Indian”, she interrupted. Then she looked down at her lap. “Well…her Father is.”

“Oh…I…um…” I shut my mouth. What do you say to that? “Awesome”? “Congratulations”? No, you say nothing. You listen.

“Sure. Right here in Northwest. But you do look like her. Mmm-hmmm.”

Her brow went from flat to wrinkled, instantly.

“Believe it. On a daily basis, especially when I lived in Kalorama, people assumed I was. And I mean other Ethiopian people assumed it. They’d walk up and say things to me in Amharic. It was wild. Some of them thought I was lying when I told them I was Indian, like I was a self-hating Ethiopian or something.”

“No. You look very Indian, to me. So does my niece. My sister…she dated an Indian man and it didn’t work out. She found out she was pregnant, after.”

“Oh, my. Does your niece have any contact with that side of her family then?”

“No. I don’t know if they want to see her. And my sister…she made it sound like…well, she said that she didn’t think she would get along with them, either. Their culture…you know…”

“Sure. But to be fair, there are Indian women who don’t get alone with their Indian in-laws, too.”, I joked.

She was lost in her thoughts, so I withdrew to mine. Suddenly, I remembered how shocking it was to see Denzel Washington and Sarita Choudhury fall in love and touch each other in the film, “Mississippi Masala“. I had cut high school to watch it with a friend, one of the only other brown girls at our overwhelmingly-white school. We stared at the screen, wide-eyed and in shock as the credits rolled, two decades ago. “Could you?” she slowly asked.

“Uh, my parents would kill me if I married someone who was from another part of India or a different denomination…I can’t marry an Indian Catholic or a Pentecostal person, forget someone Black or white!”

My friend shook her head. “My parents aren’t that strict. My cousins in Sweden married white people…”

Seven years later, when I moved to D.C., I heard about second-generation kids marrying black people and their families temporarily imploding because of it. Gossip, scandal and shame, transmitted by AIM, email and phone calls that bounced all over the world. In cities like Philadelphia, young brown people had gone to school with young black people far more frequently than I had in the lily-white, far-flung suburbs of the golden state.

Why was it so surprising then, that some of them would fall for each other? Granted, even if they did, there was often an awareness that such a dynamic was not sustainable, that it probably did not have a future. Some of my peers would date and “regulate every shade of that”, but when it was time to settle down, most acceded to tradition and other powerful factors, and married someone brown. Or white. Almost never black.

Had this happened to her sister? I reminded myself that it was none of my business even though she seemed to want to talk about it.

“So does your niece have any Indian friends in school? Any Indian neighbors?”

I doubted the latter, even as I asked it. While the situation had started to change during the past five years or so, the majority of my South Asian friends lived just outside of D.C., in Arlington, Alexandria, Bethesda, Silver Spring.

“No. Nothing from your culture is in her life. It’s sad.”

“Does she ever have questions about it?”, I tactlessly asked. In my weak defense, I was speaking from experience. I still get emails from SM readers who are not Desi, who have adopted babies from the subcontinent. They ask me for resources, for advice on how to connect their brown children to a culture they have nothing to do with…

“If you want…you can put her in touch with me…” my words trailed off lamely. “I’m sorry. That’s weird.”

“Oh, of course. Yes. I mean…it’s obviously up to her Mom. But I am happy to help, if I can…” Again, I thought of all those letters, and how I used to write back and say that if the adoptee were in D.C., I’d gladly be an Auntie to a little mutineer.

She was sizing me up in the rearview.

“Do you have any black friends?”, she asked pointedly. “I mean…what are your friends, the majority of them? Black? White? Or maybe they’re probably Indian?”

I laughed nervously. It’s an odd thing to contemplate– the exact racial breakdown of your people–but it was a fair query, even if it put me on the spot. The backseat suddenly felt like it had been toasted by the summer sun.

“They’re…a mix. I definitely don’t have just Indian friends. I don’t know. My sorority friends are white, my friends in my building are black…upon reflection, it’s almost evenly split!” I was suddenly and stupidly proud of this newly-realized conclusion.

She nodded approvingly. “That is good. It’s not good to segregate yourself. Too often, we only stay among our own kind…”

I started to tell her about my job and the beat I cover. About gentrification, community tensions and those who have plenty vs. those who struggle. She put up her hand and interrupted me.

“People just need to treat each other better. Open themselves up. When you close yourself off to others, well…no good comes of that.”

She looked at me through the mirror and asked, “Am I right?”.

She smiled. “It’s not an issue of color or money. The issue is loving your neighbor as yourself, just like the good Lord said.”

“And put the ‘neighborly’, back in ‘neighborhood’?”, I joked.

NB: An older version of this essay was once published by WAMU 88.5 FM, on DCentric, a Project Argo blog.

15 thoughts on “With So Much Drama in the DMV”