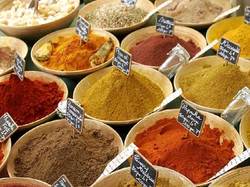 Hitting the interwebs and twitterverse today is a story out of Wales that makes you scream, ‘that’s racist!” It’s the story of a teacher who thinks she can aerosol the Brown away.

Elizabeth Davies, 48, was accused of “humiliating” children aged between three and six by using the aerosol spray on them on nursery class. Mrs Davies, a nursery schoolteacher for 20 years, taught at a inner-city school where more than half of her pupils were Bangladeshi.

The hearing was told she accused Bangladeshi children of smelling of onions or curry – and would say “there is a waft coming in from paradise” before blasting the air freshener. [telegraph]

I’m show you wafts of paradise, Mrs. Davies. You should know better than to be OCD about aromas if you are going to be a school teacher of preschoolers!

Mrs Davies is also accused of spraying other children who broke wind, washing their hands with pine disinfectant and making them stand on newspaper for accidentally wetting themselves.

Mother-of-two Mrs Islam said the spray was “usually” for children who had English has an additional language. [telegraph]

This case is just abhorrent. It’s difficult enough going to school as a pre-schooler. Do you remember it? Being four years old, having to say good-bye to your mother at the classroom door, walking into a room full of strange kids, and having to make new friends? Remember navigating which language to use or why your skin was browner than the others? Really though, it was simply about wanting to belong. What Mrs. Davies was simply uncalled for, and what she did could only be called racist.

Thank goodness she was fired after a parent complained. May her next job be a waitress at an Indian restaurant.

6 thoughts on “Dash the Curry”