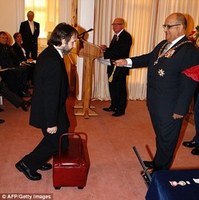 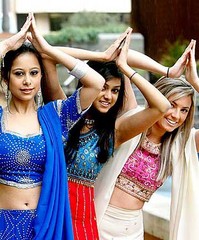 But recently that gesture has been overshadowed by a TV host who insisted that Satyanand doesn’t look much like a New Zealander. Add to the mix this week’s media focus on the story of a blue-eyed, blonde Miss IndiaNZ pageant entrant being booed for not “looking Indian” enough, and we have a very Kiwi-flavored reminder about the harms of judging people by their color. I know, I know, it’s 2010 and you thought this was covered on a Wednesday in 1963, but all kinds of people around the world seem to forget. The first time I heard of Paul Henry was in relation to his immature schtik about the last name of Delhi Chief Minister Sheila Dixit. He comes across as an intentionally outrageous morning show host, somewhat in the vein of Howard Stern, except I’m pretty sure Stern won’t be interviewing Obama on a state-owned TV network. Henry crossed the line and made racist remarks while asking prime minister John Key about Satyanand’s potential successor (video below), insisting that the Auckland-born Governor-General didn’t look or sound like a New Zealander, even after Key emphasized that Satyanand is one.

Many New Zealanders objected to these remarks and lodged hundreds of complaints with the station, even if NZTV’s initial official statement defended Henry by offensively suggesting that the audience secretly agreed with his views:

The audience tell us over and over again that one of the things they love about Paul Henry is that he’s prepared to say the things we quietly think but are scared to say out loud. (NZ Herald News)

I’m guessing that Satyanand, busy with his officially awesome duties like knighting Peter Jackson, isn’t dwelling on Henry’s comments, (or the ones from a radio host about his physique being “incongruous” for an Indian). But for other Kiwi desis, words like that would hurt and exclude.

Henry has apologized in his own style and resigned from the network after receiving a suspension. But this story’s not over yet thanks to an upset Henry fan. Serena Fiso tried to defend him by bringing attention to an example from last April of Indian New Zealanders behaving badly and booing her son’s girlfriend Jacinta Lal for not being “Indian enough.”

Lal, the blue-eyed, blonde daughter of a Fiji Indian father, says she entered the Miss IndiaNZ event to learn more about her heritage. Fortunately her comments suggest that she didn’t let the unnamed boors booing her, or the news that a few small-minded people made complaints to the event’s organizer get to her.

I was not aware of any booing.

I believe the media are “mischief making” and have made a “mountain out of a molehill” thereby taking the focus off the inappropriate and offensive comments Paul Henry made on national television. (Facebook)

I think Lal puts the Miss IndiaNZ incident in perspective in relation to Henry’s remarks, and now that her story is in the spotlight it’s another example of the diversity and multiracial nature of the desi diaspora. Her fellow pageant participants included desis with MÄori and European ancestry.

If some day my brown-haired, blue-eyed niece enters a desi pageant, I’ll be sure to attend and bring my noisemaker to cheer her on–I carry it in a big purse that might come in handy when small minds make rude remarks. Even better, though, would be for people to let go of exclusionary ideas about “looking Indian enough.”

I haven’t attended any pageants yet. But based on what I see in this video of the event (Lal, by the way, introduces herself at about 4 minutes in), it looks like a chance for young people to learn about handling themselves gracefully in front of a live audience, a skill Paul Henry could certainly work on.

105 thoughts on “Small Minds Judge Kiwis by Their Color”