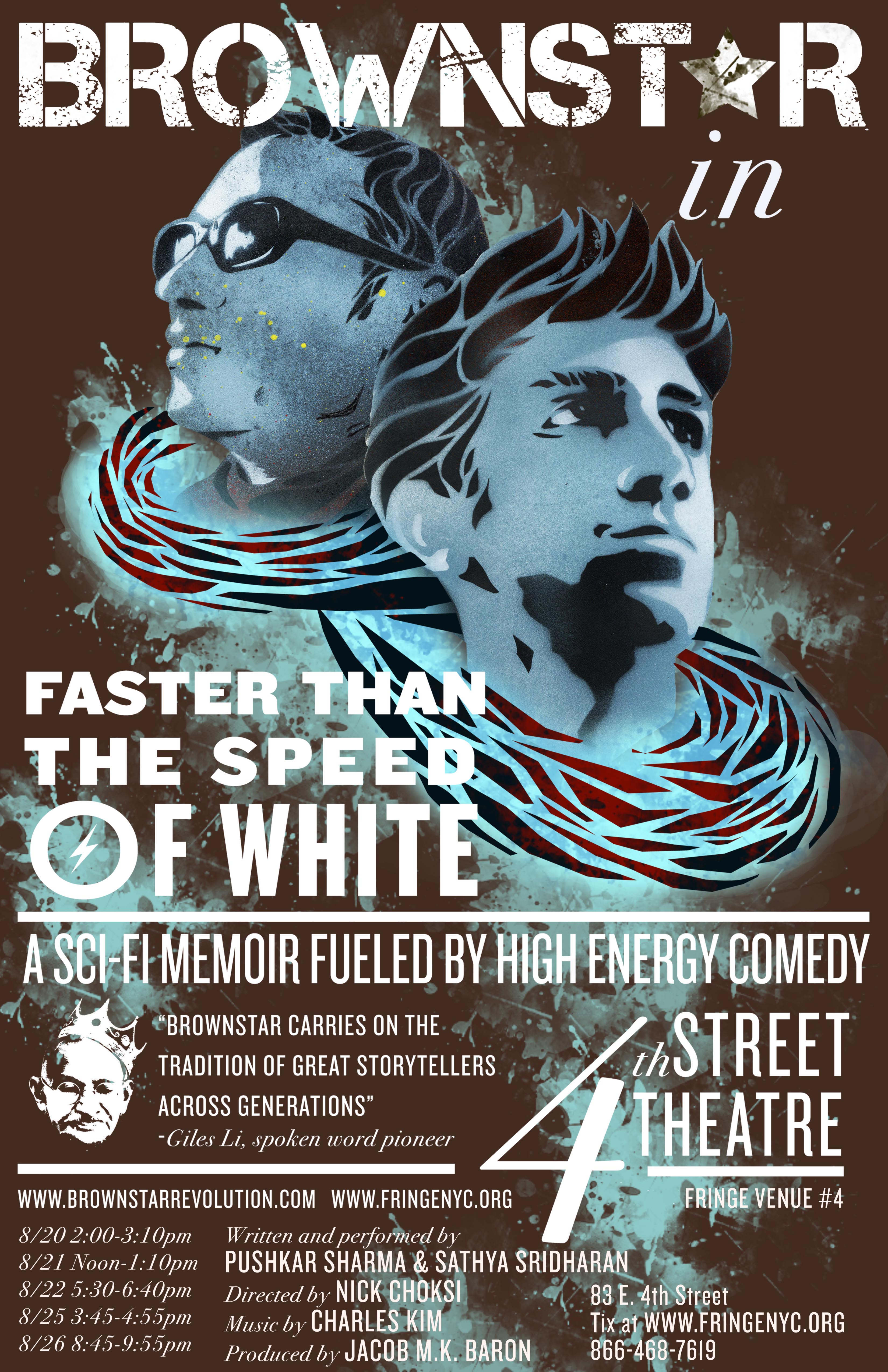 This Sunday I had the distinct pleasure of seeing Brownstar’s “Faster than the Speed of White” at the NYC Fringe Festival. There are two remaining performances, today from 3:45-4:55 PM and tomorrow from 8:45 to 9:55 and if you’re in NYC you really should go see them.

Brownstar is a theatrical performance duo, comprised of NORTHSTAR (Pushkar Sharma) and SOUTHSTAR (Sathya Sridharan). Their style is a hybrid of improv sketch comedy, like the Second City troupe, old school spoken word, and Hip Hop. This is not your parents South Asian theater by a long shot. [See our earlier post about them here for more about their background, origin story, and influences]

FTTSOW is a compilation of their earlier shorter sketch comedies into a single 70 minute show, the story of Captain Northstar and Ensign Southstar’s voyage on the Brownstar Galactica to the alcove of answers. As you would expect from the Fringe Festival, this isn’t a traditional play, it’s more like a concept album, a mashup and weaving together of several different sketches that share a set of common themes: South Asian American Identity and what it means to be a desi artist in America. The hybridity of their performance genre reflects the hybridity of their subject, like browns in America, their style reflects a variety of different influences.

Although these are weighty themes, the show is comic rather than somber. When you see the ode to the squat toilet or the mashup of Midnights Children with Kal Pen’s biography, you’ll see that Brownstar don’t take themselves seriously. Their work is thought provoking and consistently surprising and definitely worth a look for yourself.

2 thoughts on “Brownstar at NYC Fringe”