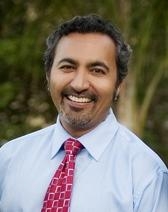 It’s gotta be said. I am so sick of the Islamophobia in America right now, particularly fueled currently by the “Ground Zero” mosque and championed by key leaders in the Republican party. And by that I mean Sarah Palin, Newt Gingrich and Fox News. It’s a dirty, divisive campaign tactic to garner votes in November and anyone with brain cells can see how transparent this is. My twitter feed can’t go ten minutes without getting a retweet from some dimwit on the issue or anti-Muslim sentiment.

Dr. Ami Bera, the Democrat challenger to Congressional incumbent Dan Lungren (R-Calif.), was blasted by the California Republican Party for accepting a $250 donation from the Sacramento chapter of the Council on American-Islamic Relations. [cbs13]

First of all, it’s only a $250 donation. Second of all, it’s CAIR, one of the tamest, not-so-progressive, largest national Muslim advocacy group around. I’m not the biggest fan of CAIR’s work (mainly because it’s not left or inclusive enough) but the Republican candidate’s anti-Muslim targeting of Ami Berra’s campaign contribution is absurd. Third (and most importantly) CAIR is a 501c3 organization so they can’t make donations to candidates. The money came from Basim Elkarra, the current Executive Director of Sacramento-CAIR and who also happens to be elected to the Executive Board of the California Democratic Party. Which basically means it’s the individual citizen that made the donation, not an organization that said citizen works for.

Does the Doctor stand by his Muslim donor?

Dr. Bera gave the donation back. His spokesperson issued a statement, saying, “We returned the contribution after questions about the organization’s affiliations arose. This is a diversionary tactic designed by Rep. Lungren and his proxies to deflect from jobs, the economy and health care — the issues that this campaign is about.” [cbs13]

If it’s a diversionary tactic, why’d you give the money back? For the record Dr. Berra, Muslim-Americans donate AND Muslim Americans vote. You have them in your district. Some of them were probably even planning on voting for you. The fact that you folded to the anti-Muslim rhetoric on the right so easily will not bode well for you on November 2nd. How easily will you fold to them if you are in Congress? Pretty easily, I would guess.