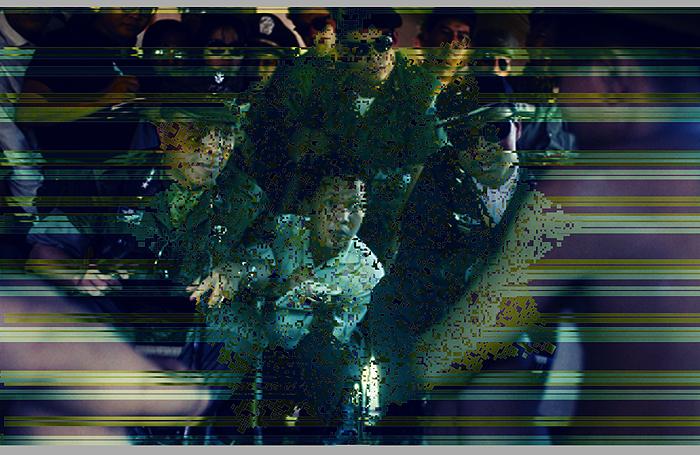 The media event today was Amardeep’s saying goodbye to Sepia Mutiny. Why, Amardeep, why? And why did you have to make your intelligent commentary on my novel your swan-song?

Have you read the comments section? What happened to the discussion of the point you had made, for instance, about provincial cosmopolitanisms? Talking of swan songs, you could perhaps have done this. Much better, nahin?. A friend ate a kati roll today and told me I should point this out in the comments section myself. But no! I felt I could, a full five reels later, return to the story you had started. This was because I wanted to share with our readers–your readers, Amardeep–my experience of being on the Leonard Lopate Show this afternoon. Our subject of discussion was my new non-fiction, A Foreigner Carrying in the Crook of His Arm A Tiny Bomb. I was very much interested in pointing out not simply the injustice of the war on terror, or the falsity of its claims, but its small dramas. Especially the dramas that are revealed to the immigrant eye. Here, for instance, in the excerpt that you, Amardeep, had linked earlier, is a brief commentary on the exchange between the defendant’s lawyer, Klingeman, and the FBI informant, Rehman:

Klingeman: “Do you go to parties and talk to people about what you do for a living and tell them that you’re an informant?” Rehman: “No, sir.” Klingeman: “So again, who shows you respect for what you do?” Rehman: “Whenever you see any crime behind it there’s an informant and when someone is arrested. And when any time someone stops the crime behind it there’s an informant. And the whole world respects him. That–when I say respect that’s what I mean.” I was struck by this exchange, mostly because it showed the informant as the mirror image of the defendant: a man of small means, beset with difficulties, projecting himself onto a grand stage. Each one was a failed man in many ways, a failed man, with more than a touch of desperation, dreaming of success. Both were immigrants, afraid of their perceived worthlessness, worried at the ways in which each plan they had devised had proved ineffectual. Each one tried to impress the other about how he was at home in the West. The two had their origins in enemy countries divided by a border; not once did they talk of their own religious difference or say anything bad about the other’s faith or religion. The two men were worried about their families and both were committed to the cheap art of the hustle. Each believed in making a deal. Each was lying for a cause, if dreaming of a better life can be described as a cause. I wonder whether at any time during their association as business partners, there had been a moment when one of them had seen himself in the other, and whether this recognition had made him flinch.

I very much wanted to share this with Sepia Mutiny readers. If Amardeep is not going to be around, someone else will have to answer the question whether the readers here, in contrast to the listeners of the Leonard Lopate Show, will find something different or more resonant in passages like the one I have quoted above. Because one of the things I think you’ve been talking about is the shaping of a reading practice: through the cultivation of affiliations but also the discovery of sympathy, often sympathy rooted in shared histories. Thank you, Amardeep, for having so long held a mirror for us. 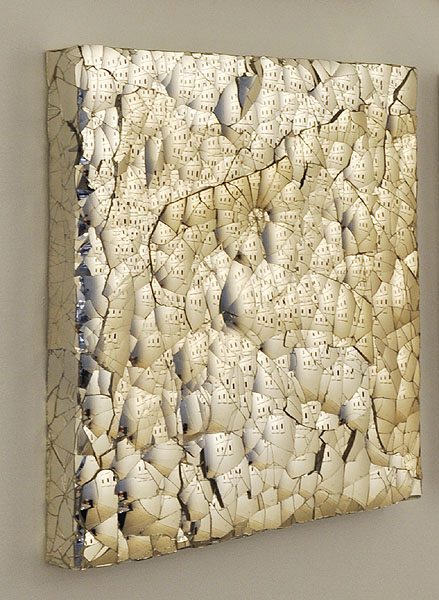 P.S. For more on the art shown here, visit the “Malleable Memory” Exhibit at the Aicon Gallery in NYC. The show is curated by Nitin Mukul. At the beginning of this blog post, you see Eric Ayotte’s “Media Event (The Wish)” and, at the bottom, Anjali Srinivasan’s “Mirror Painting #4”. (In the middle is the “Unda Chicken Roll” illustration from the Kati Roll Menu.