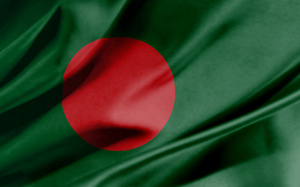 Remember how on May 19th, the Pakistan government banned facebook? Phillygrrl wrote about how all the hoopla was over how there was one page on Facebook dedicated to the “Everybody Draw Muhammad Day!” which was in turn a retaliation to the anti-South Park activists out there. Soon after, people in Pakistan couldn’t access YouTube (that ban was lifted a few days ago, selectively).

Bangladesh has blocked access to Facebook after satirical images of the prophet Muhammad and the country’s leaders were uploaded, say reports. Officials said the ban was temporary and access to the site would be restored once the images were removed.

A spokesman for the Bangladesh Telecommunications Regulatory Commission (BTRC) told AFP Facebook had “hurt the religious sentiments of the country’s majority Muslim population” by carrying “offensive images” of Mohammed. [BBC]

I just think it’s kind of silly that that they are “officially” citing the cartoons TEN days after the actual “Everybody Draw Muhammad Day!” That site isn’t even up anymore. If that was really the issue, the halal-ness of the interwebs in Bangladesh, wouldn’t they have banned Facebook at the same time Pakistan did – on May 19th the day before the ‘sanctioned’ date of May 20th?

I think the real issue is that the current Bangladesh government was insulted by cartoons made about THEM. And they are using the anti-Muslim sentiment as a scapegoat. > “Some links in the site also contained obnoxious images of our leaders including the father of the nation Sheikh Mujibur Rahman, current Prime Minister Sheikh Hasina and the leader of the opposition,” said the [Bangladesh Telecommunications Regulatory Commission (BTRC)] commission’s acting chair, Hasan Mahmud Delwar.

On Saturday, one man was arrested by the elite Rapid Action Battalion (RAB) in Dhaka and charged with uploading the images. “Facebook will be re-opened once we erase the pages that contain the obnoxious images,” said Mr Delwar. [BBC]

What I was able to gather was that as soon as RAB arrested the youth for uploading onto Facebook images about the current Prime Minister and opposition leader, they made the recommendation to block Facebook temporarily. All of this screams not simply censorship, but of a lack of real democratic values. I.e. don’t talk smack (or draw cartoons) about your political leaders, or we will take away your right to social media. Yay for democracy, the South Asian way.

The Bangladesh government’s action is pretty transparent – and the youth of Bangladesh are rebelling back.

Hundreds of Dhaka University students took to the campus streets on Sunday to protest the government temporarily shutting down the popular social networking website Facebook. They called the decision a contradiction to the government’s ‘Digital Bangladesh’ vision and “interference with the right of expression”.

More than 400 million people worldwide use this social networking of which Bangladesh accounts for just over 875,000 users, mostly youth.And it is these young people who are finding the decision a contradiction with the government’s ‘Digital Bangladesh’ vision– a slogan featuring high on the ruling Awami League campaign pledges– saying that blocking the site will bring no benefit. [bdnew24]

And of course, a protest wouldn’t be a real protest w/out the following:

All joking aside, Global Voices article has a really in-depth analysis quoting some noted Bangladeshi bloggers, if you want to read up more on this issue. Pakistan’s Facebook ban is scheduled to be lifted tomorrow and it seems that the facebook page in question was taken off of the Facebook site. I guess we’ll see what happens tomorrow for Pakistani interweb users. As for Bangladesh, the site was blocked “temporarily” so we’ll see just how temporary that is.