Our tipline has been buzzing off the hook with the news Monday morning that a conservative blogger named Will Folks is claiming he had an affair with Indian American gubernatorial candidate Nikki Haley. Haley had a 30% lead in recent Republican primary polls and has been endorsed by Governor Mark Sanford’s ex-wife Jenny, the conservative blogosphere, and most recently, Sarah Palin. Here is what Folks claims: 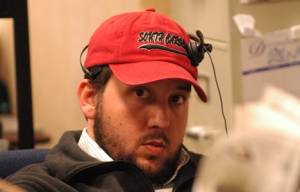 In fact, on a very personal level I have become the primary target of a group that will apparently stop at nothing to destroy the one S.C. gubernatorial candidate who, in my opinion, would most consistently advance the ideals I believe in. For those of you unfamiliar with the editorial bent of this website, the candidate I am referring to is S.C. Rep. Nikki Haley.

…within the last forty-eight hours several pieces of information which purportedly document a prior physical relationship between myself and Rep. Haley have begun to be leaked slowly, piece by piece, to members of the mainstream media. I am told that at least one story based upon this information will be published this week. Watching all of this unfold, I have become convinced that the gradual release of this information is deliberately designed to advance this story in the press while simultaneously forcing either evasive answers or denials on my part or on Nikki’s part.

I refuse to play that game. I refuse to have someone hold the political equivalent of a switch-blade in front of my face and just sit there and watch as they cut me to pieces.

The truth in this case is what it is. Several years ago, prior to my marriage, I had an inappropriate physical relationship with Nikki.

p>Nikki Haley flatly denies any of this is true: 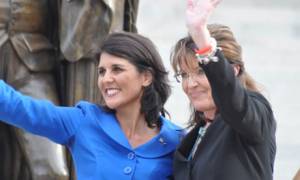 News 4′s Mandy Gaither asked Haley if Will Folks said anything to her before the allegations came out on his blog.

“So, you had no idea? You were blind-sided?” said Gaither.

“I mean, look. This is what I will tell you. It is absolutely not true. My husband and I have been married for 13 years. We’ve been faithful to each other,” said Haley. “I will not stop pushing for good government no matter what they throw at me two weeks prior to the election.” [Link]

p>The thing about a situation like this that we know to be true? At least one of the two is lying.

p>It would be a great advantage to her opponents if she was bloodied by this so close to the election. And it is true that you can’t really ever trust what is real and what is illusion when political operatives and un-named sources are involved:

[A] source tells Free Times that on June 26, 2009, Folks called him, near tears, admitting that he’d had an affair with Haley and urging him not to tell members of the media about it.

Furthermore, the source — who is not affiliated with any South Carolina gubernatorial campaign — says former Haley staffer B.J. Boling told him Haley had confided in him about the affair around the time Boling was working on her House reelection campaign in 2008.

Boling, who is working on the GOP gubernatorial campaign of U.S. Rep. Gresham Barrett, said he didn’t want to comment about the allegations to Free Times.

“You know, it’s not something I want to talk about,” Boling said. [Link]

p>The more compelling story here isn’t the search for the truth, that will most assuredly come out eventually. The more compelling story is that this flips the script on what we have come to “expect” (and yes, we have become that cynical) of scandals involving public figures. Typically, the center of an affair involving a media feeding frenzy is a privileged male and at least one “hot woman.” Think Mark Sanford, Tiger Woods, Jesse James. All of these were powerful men and seeing them humbled involved our scorn, but with a side of wink and nod. Mark, in love with his latin soulmate. Tiger, in love with any blonde with breasts. Jesse, in love with tattoos. But an attractive minority woman endorsed by Palin? This could become a whole different and ugly kind of Schadenfreude if true. The other difference is the alleged lover. Compare Rachel Uchitel (one of Tiger’s many mistresses) to Will Folks. Hot and Not. You may think it doesn’t matter in the way the public should react to an affair, but it does. See Red State’s (one of the biggest conservative blogs) take:

This violates the very basic laws of nature: hot women do not have affairs with ugly guys unless those guys are rich. The self-admitted adulterer is decidedly not rich, but decidedly wants to reinsert himself into the process as a player. [Link]

Only one word for that: Eeeeewww. In his dreams, maybe. [Link]