My friend Shani, a brilliant blogger at the ever-scintillating Post-Bourgie, tweeted something which caught my eye: “Click this link before the Economist fixes it!”. I dutifully did so, and then chortled. Look! 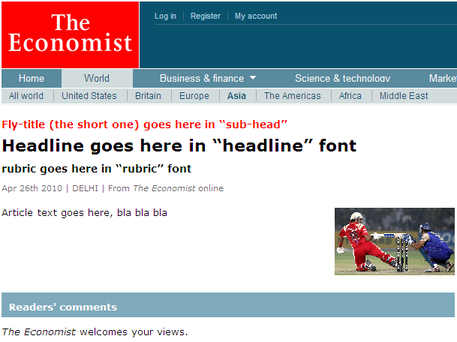 Sir – I am rather fond of your publication The Economist, especially when it inadvertently publishes “ghost” posts online which have to do with the city of Delhi and the sport of Cricket. How’s your Monday, Mutineers? Hopefully better than some Economist-employed web-editor’s, hmm?

41 thoughts on “Like The Economist, I Always Strive for Fly Titles.”