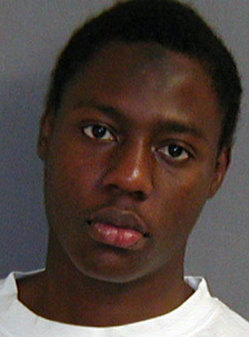 I left work later than I intended to tonight, and this concerned me because I’m in the middle of a rather difficult move from one apartment to another here in Chocolate City. Moving. Ugh, right? Anyway, while worrying that I now had even LESS time to sort and pack my crap, I overheard something important on NPR. “Maybe I was meant to run late”, I mused to myself…maybe, indeed.

]. NPR’s All Things Considered co-host Robert Siegel was interviewing a Michigan-based attorney named Kurt Haskell; Haskell was aboard Northwest flight 253, along with Umar Farouk Abdulmutallab, the Nigerian man who attempted to blow it up on Christmas day.

While all of you are aware of this horrifying incident, a few of you may be unaware of some disturbing additional information pertaining to that attack. On NPR, Haskell described a scene he witnessed with his wife prior to boarding that ill-fated flight home to Detroit. He recalled seeing terror suspect Umar Farouk Abdulmutallab escorted to the gate by a “well-dressed Indian man”, who tried to intervene on Abdulmutallab’s behalf and browbeat an airline employee in to overlooking the fact that the wanna-be martyr lacked a passport. WTF? Who gets to board anything without a passport, these days? And also, uh, INDIAN? I think he meant South Asian, because if Mr. Haskell is anything like me, he was born here and probably can’t tell the difference between a Pakistani and a Sri Lankan from a mere glance.

Let me perfectly clear: I did not come out of semi-hiding to write this post for the purpose of moaning that now “we” look “bad”, nor am I digging in my heels and protesting this “slur” against all good Yindians from Yindia. Aside: I think this incident illustrates a point I have long-made on this blog and it illustrates it very well; nuance and difference are lost on most people. While many of my first and a few of my second generation friends hotly protest being lumped in with “those” Pakistanis or “those” Indians (depending on whether they are the former or latter, mais oui), I roll my eyes for many reasons, including the fact that racists and other assholes just see curry. Brown. Apu. Outsourcing. Perhaps now, Jay Sean.

They sure as hell don’t assume that I’m a Christian or know where Kerala is– to most of the people with whom I interact, I’m Brown, most probably Hindu, and possibly on my way to an Arranged Marriage which I can then write about in poor chick-lit form, via a book with any combination of henna, mangoes, sari pallus and whatever else, flanked by an ersatz Indic font on the cover. Yay for predictable fiction! /aside

a) Apparently everyone/everything really IS connected to someone Brown these days (!)

b) Haskell was so sure that the man ushering Abdulmutallab was Indian that he said as much a few times during the interview which I overheard, and NOT ONCE was he asked about this detail…not even via a tentative, “Well, you think the man was Indian, correct?”

c) Almost every article I’ve read since, including a post on ATC’s own blog omits this potent adjective. See for yourself:

As we reported earlier, Haskell (a Michigan lawyer) has been telling investigators and the news media about a conversation he says he heard before passengers boarded Northwest flight 253 to Detroit on Christmas Day.

According to Haskell, Abdulmutallab and an older, well-dressed man approached an airline employee. The older man said Abdulmutallab was Sudanese, had no passport, but needed to get on the flight. The airline employee directed them to a manager and the men went down a hallway. Haskell says he never saw the older man again, and didn’t see Abdulmutallab until the incident aboard the flight as it approached Detroit — when the Nigerian (the suspect is not Sudanese) allegedly tried to ignite some typeof explosive. [npr]

I haven’t found anything else which mentions the “Indian” mystery man who helped put an evil criminal on Flight 253, but whatever his ethnic origin, if he was aware of what he was participating in then I wish him a similarly painful, scorched-balls-sort of fate, and I fervently hope that he, too, fails at harming innocent people.

Because I am in the middle of moving during a holiday week, I hope you will take extra pains to be civil to each other in the comment thread below. I do not have internet access in my new home (yet) and even if I did, I do not have the time to wade through comment-drama. I want to thank you in advance for your sure-to-be thoughtful words; I hope I am not given a reason (or fifty) to regret posting this.

248 thoughts on “Did someone “Indian” help the Nigerian bomber in Amsterdam?”