Well, he was really incredibly nice…but he certainly had little patience for stupid people asking stupid questions, so the possibility that he would lose his temper lent a certain charge to the proceedings. 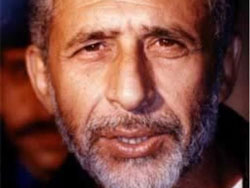 I’m talking about Naseeruddin Shah, of course. The yin to Big B’s yang, the iconoclast, the evergreen, the lion of Indian cinema with over 150 films to his credit. From Umrao Jaan to Monsoon Wedding to Omkara, he disappears into a role so thoroughly, I usually have to check IMDB frequently to make sure it’s really him.

It’s just so refreshing when famous people turn out to be intelligent and really engage in a conversation. All too often it’s just rote PR fluff. Many mutineers seemed to like the Vik Sahay interview for that reason, so I thought I’d bring over these two Naseerudin Shah interview clips: Anurag Kashyap’s got “testicular strength” and first time directors make for the best experiences:

Snarking on the Big B:

He said he dyed his hair for a new role –for those of you wondering about his suddenly more youthful appearance. The full interview is not up yet, but let me know if you guys are interested and I’ll keep you posted.