Oh, sh*ts. I’ve been remiss about so much. I’ve got a backlog of things both shiny and smart to share with you, so please bear with me as I suddenly haunt the mutiny.

The first thing on my list: MTV Iggy’s special feature on Bollywood’s “new wave” of filmmakers. The idea is that, much like the French new wave of the 50s, Indian cinema is facing a radical change, with auteur directors leading the way with a new influx of talent, money, professionalism and creativity. And the audience in India is ready for it. 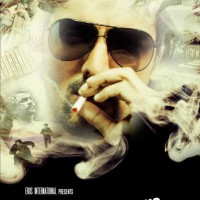 Anuvab Pal (friend of Sepia alum Manish Vij) is now a screenwriter in Mumbai, and his funny, engaging, and very revealing article is a must read:

In fall 2003, I was asked by a friend of mine, the director Manish Acharya, to co-write a film with him. It would be about a Bollywood singing contest in New Jersey. We were influenced by the movies of Christopher Guest and Woody Allen, and had lived in New York for a numbers of years. At some point, in various coffee shops in Manhattan, as we wrote, I asked Manish who our audience might be. He intelligently remarked that we shouldn’t write with audiences in mind but just try to tell a good story. That’s the sort of answer auteur film directors give at film festival Q&As and grave audiences nod in agreement. It had a sort of nobility to it. I was far more interested in a petty middle-class answer.

“Whom” he corrected, adding, “New India. This is a film for new India.”

“The only producers from the earlier era who will survive are those who are trying to change. You need to bring in new writers and directors to make that happen” explained a studio executive at The Indian Film Company. “Look at Aamir Khan-he starred in terribly silly movies playing lovers in sailor hats. Today he’s India’s leading cutting-edge producer of the new wave. And look at Subhash Ghai. Once with the Midas touch, now critics say he’s lost the pulse of his audience.”

As a writer of alternative films in Bollywood, I see the studios’ daily struggle to be relevant as every Friday some new director releases a cult hit. I’ve been in script meetings for a Bollywood remake of Motorcycle Diaries, an adaptation of “half” a remake of Steve Martin’s Bowfinger, and I got offered a screenplay based on “a story about a murderer/singer/dancer in Paris”. 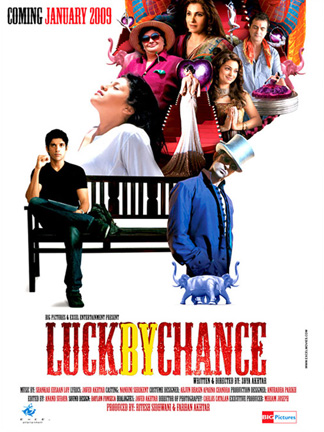 Clearly, producers are hungry for new material and simultaneously unsure of new ideas. Instinctually they recoil, but are worried the changing audience might think otherwise, so they second guess. “Today’s Bollywood is like the Jazz age America,” a magazine writer at Cine Blitz, India’s most popular film tabloid told me. “Everything is trendy, though no one knows the next trend”.

Into the middle of all this parachute-dropped Slumdog Millionaire, the global phenomenon which immediately made both old Bollywood and new Bollywood exhilarated and angry at the same time. Angry because new wave directors like Sudhir Mishra or Anurag Kashyap did similar (and arguably much better) films like Satya and Dharavi, on similar subjects — i.e. set in slums amongst Mumbai gangsters. Angry because no Hollywood studios swooped in with distribution deals that would have ensured a similar global (especially American) audience. Angry also because the term “poverty porn” was being thrown around as if India’s biggest cinematic export was its destitution. Exhilarated because Hollywood studios have flocked to India in the last few years, and Slumdog has cemented their stay.

Full article here. He’s a great writer, and the piece is interesting peek into an industry generally shrouded in mystery and wallpapered with winking/kowtowing celebrity profiles.

[full disclosure: I work for MTV Iggy and edited the feature. If you think it’s stupid, now’s your chance to tell me!]

71 thoughts on “The New Wave of Filmmakers in Bollywood”