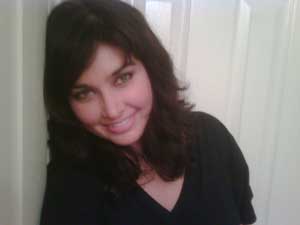 Via Chickpea and Nilanjana, I learned that actress Lisa Ray is battling cancer. Ray is best known for her roles in Bollywood/Hollywood and Water, though she also acted in a couple of Indian films in 2001-2002 (one Bollywood, one Telugu), and has done parts in a number of smaller films and TV shows since moving to Toronto several years ago.

Ray has multiple myeloma, which is “incurable but treatable.” It’s a tough diagnosis for the actress, which will involve aggressive treatment. However, she seems to be dealing with it with impressive poise, as can be seen in blog posts like this one:

The media here is reacting with support and sensitivity. I guess many actors or people in my industry rarely go public. I understand why. Thereâ€™s practical repercussions as in, its become more expensive to insure you on a project. Some producers donâ€™t want to- or canâ€™t- take on that extra cost. So even when Iâ€™ve crossed over and joined the â€˜Full Remissionâ€™ Club, there may be tough career and financial decisions.

Itâ€™s hard for me to live any other way than with full disclosure. (link)

She also seems to be enjoying the side effects of the steroids she’s on, which make her hungry:

On Steroids: you are HUNGRY ALL THE TIME.

When Dr. Ahmed Galal, my Warrior-Hematologist at Princess Margaret Hospital gave me my first cycle of meds, he capped his recommendation off with a charming gesture that meant: Beware of sweets.

Every cycle of treatment, Iâ€™m on Dexamethasone for four days on, then four days off.

Who knew it would turn me into a free range chicken, pecking the landscape freely. I find it distracting to walk down my patch of Queen St without stopping for a nibble at the Pie Shack, scoping some sushi or sampling up kimchi and eggs.

All the best for you, Lisa Ray. Here’s hoping you’ll be able to enjoy the culinary delights of Queen Street (Toronto) for many years to come.

22 thoughts on “Actress Lisa Ray, Battling Cancer & Blogging About It”