I’ll admit to not following the recently concluded Sri Lankan civil war very closely but other SM bloggers have been. Still, I found this interview with noted Atlantic Monthly correspondent Robert Kaplan quite enlightening about many aspects of the conflict. Kaplan is noted for his relatively unorthodox approach to understanding conflict and in discussing Sri Lanka, he comes out swinging – 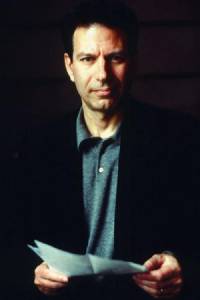 Kaplan: The biggest takeaway fact about the Sri Lankan war that’s over now is that the Chinese won. And the Chinese won because over the last few years, because of the human rights violations by the Sri Lankan government, the U.S. and other Western countries have cut all military aid. We cut them off just as they were starting to win. The Chinese filled the gaps and kept them flush with weapons and, more importantly, with ammunition, with fire-fighting radar, all kinds of equipment. The assault rifles that Sri Lankan soldiers carry at road blocks throughout Colombo are T-56 Chinese knockoffs of AK-47s. They look like AK-47s, but they’re not.

What are the Chinese getting out of this?

They’re building a deep water port and bunkering facility for their warships and merchant fleet in Hambantota, in southern Sri Lanka. And they’re doing all sorts of other building on the island.

Now, why did the Chinese want Sri Lanka? Because Sri Lanka is strategically located. The main sea lines of communication between the Bay of Bengal and the Arabian Sea, and between the South China Sea and the Indian Ocean. It’s part of China’s plan to construct a string of pearls – ports that they don’t own, but which they can use for their warships all across the Indian Ocean.

Sri Lanka defeated, more or less completely, a 26 year-long insurgency. They killed the leader and the leader’s son. But there are no takeaway lessons for the West here. The Sri Lankan government did it by silencing the media, which meant capturing the most prominent media critic of the government and killing him painfully. And they made sure all the other journalists knew about it.

..The Tamil Tigers had human shields by the tens of thousands, not just by the dozens and hundreds like Al Qaeda. They put people between themselves and the government and say “you have to kill all the people to get to us.” So the government obliged them. The government killed thousands of civilians…The U.N. is investigating whether as many as 20,000 civilians have been killed during the last few months.

..It was the only insurgent terrorist outfit that had a navy and air force…They had a few planes that they used for bombing missions over Colombo… Not even Hezbollah has either of those, and Hezbollah is the most sophisticated Islamist terrorist group in the world.

p>I’ve read a few of Kaplan’s past works and many of his pieces line up with thinkers like Samuel Huntington, Thomas Barnett & others who were quick to criticize Francis Fukuyama’s almost idyllic “End of History” view of international relations. Rather than a peaceful “new world order” as the end of the cold war ushers in a new, UN-brokered, social democratic paradise, Kaplan instead sees a “back to the 18th century” map.

p>In many parts of this world – particularly its most violent corners – he & others argue that old skool considerations like ethnic identity trump nationality, economics, and ideology in creating conflict fault lines down to even the smallest tribal/neighborhood scale. The “End of History” may be true for the first world, but elsewhere it’s still being written based on a very old, and unfortunately deeply human calculus. And thus, far from being a modern invention, “total war” often becomes the default M.O. when your opponent’s bloodline matters more than his ideology.

p>Update: VV points out an excellent, full length article by Kaplan on this topic – here. Asked what lessons Sri Lanka could hold for the US’s counterinsurgency efforts, Kaplan notes (tongue in cheek) –

Bad media coverage is hurting morale and giving succor to the enemy? Just kill the journalists. That’s what the Sri Lankan authorities did. Precisely because insurgencies are unconventional, there are no easy-to-follow infantry advances and retreats, so the media holds the power to shape a narrative for the public. Aware of the need for a compliant media to aid the war effort, the Sri Lankan government struck fear into the ranks of journalists. There were hundreds of disappearances of top opinion leaders.

“Murder has become the primary tool whereby the state seeks to control the organs of liberty,” wrote journalist Lasantha Wickramatunga in a self-penned obituary that anticipated his own assassination in early 2009. Sources told me that he was killed by having iron rods with sharp points driven through his skull.

…So is there any lesson here? Only a chilling one. The ruthlessness and brutality to which the Sri Lankan government was reduced in order to defeat the Tigers points up just how nasty and intractable the problem of insurgency is. The Sri Lankan government made no progress against the insurgents for nearly a quarter century, until they turned to extreme and unsavory methods. Could they have won without terrorizing the media and killing large numbers of civilians? Perhaps, but probably not without help from the Chinese, who, in addition to their military aid, gave the Sri Lankan government diplomatic cover at the UN Security Council.

51 thoughts on “How the Sri Lankan Civil War was Won”