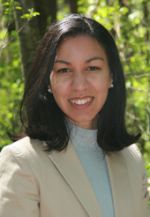 Last week Burlington Rep. Kesha Ram (D) completed her first session in Vermont’s legislature. At 22 she’s the youngest member of the House and a recent graduate of the University of Vermont where she was student body president. When the state legislature is in recess she teaches preschool. A Los Angeles native with a father from India and a Jewish mother, Ram is the only person of color in the House.

You may have seen MTV’s Kesha Ram Rocks The House when she ran for office last year. Her campaign sought to energize young voters, who in the 18-25 age range make up 50 percent of her district’s voters. Progressive opponents attacked her choice to run as a Democrat, arguing that it would hamper her ability to speak for her constituents.

Update: I just noticed this interview with Kesha Ram over at Wiretap Magazine, Young and Elected: Kesha Ram. In this interview with first-time lawmakers, Ram joins other freshmen members in reflecting on the recent session, including her experience as Clerk of the General, Housing, and Military Affairs Committee. She also describes a personal connection to the Vermont vote on legalizing gay marriage, drawing a comparison with the interracial marriages of her parents and Barack Obama’s parents.

More: Ram on Twitter and interviewed by Teen Vogue.