…because any gloriously chubby baby who wants to crawl in to the kitchen to sneak dairy products is fantastic by me. 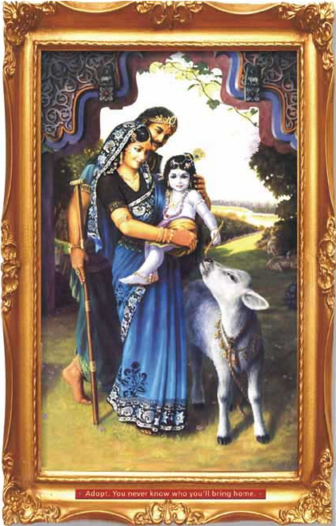 Since I had to shrink it a bit, the caption at the bottom of the frame says, “Adopt: You never know who you’ll bring home”. If you click the picture, you can see a slightly larger version of it.

This is one of the sweetest things I’ve ever seen on my Facebook feed; I’m grateful that one of you took the time to post it, and say:

a surprise punch of cuteness from the BigB’s blog: adorable psa, especially for fans of TheButterThiefInChief. [link]

The Butter Thief in Chief? Loves it.

I couldn’t keep all that cute to myself, so I decided to inflict it on all of you. Enjoy.