The Atlantic has the absolute must read piece of the day (seriously) about the coming minority majority in America. In the rhetorically titled, “The End of White America?” Hua Hsu of Vassar College examines a basket of issues surrounding the idea that it is no longer even mildly desireable to be “white” in America. According to Hsu, white youth are trying desperately to mimic the cultures they see within minority groups as a means to escape the blandness of their “non-culture”: 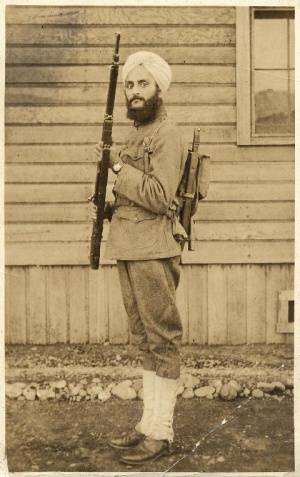 Whether you describe it as the dawning of a post-racial age or just the end of white America, we’re approaching a profound demographic tipping point. According to an August 2008 report by the U.S. Census Bureau, those groups currently categorized as racial minorities–blacks and Hispanics, East Asians and South Asians–will account for a majority of the U.S. population by the year 2042. Among Americans under the age of 18, this shift is projected to take place in 2023, which means that every child born in the United States from here on out will belong to the first post-white generation.

Obviously, steadily ascending rates of interracial marriage complicate this picture, pointing toward what Michael Lind has described as the “beiging” of America. And it’s possible that “beige Americans” will self-identify as “white” in sufficient numbers to push the tipping point further into the future than the Census Bureau projects. But even if they do, whiteness will be a label adopted out of convenience and even indifference, rather than aspiration and necessity. For an earlier generation of minorities and immigrants, to be recognized as a “white American,” whether you were an Italian or a Pole or a Hungarian, was to enter the mainstream of American life; to be recognized as something else, as the Thind case suggests, was to be permanently excluded. As Bill Imada, head of the IW Group, a prominent Asian American communications and marketing company, puts it: “I think in the 1920s, 1930s, and 1940s, [for] anyone who immigrated, the aspiration was to blend in and be as American as possible so that white America wouldn’t be intimidated by them. They wanted to imitate white America as much as possible: learn English, go to church, go to the same schools.”

Today, the picture is far more complex. To take the most obvious example, whiteness is no longer a precondition for entry into the highest levels of public office. The son of Indian immigrants doesn’t have to become “white” in order to be elected governor of Louisiana. A half-Kenyan, half-Kansan politician can self-identify as black and be elected president of the United States. [Link]

p>The case of The United States v. Bhagat Singh Thind mentioned in the article (someone we’ve blogged of before) refers to the 1923 case in which an Indian American veteran argued that he should be considered white (a precondition to becoming a naturalized citizen) because Indians were descended from Aryans:

Associate Justice George Sutherland found that, while Thind, an Asian Indian, may have had “purity of Aryan blood” due to being “born in Village Taragarh Talawa,near Jandiala Guru, Amritsar, Punjab” and having “high caste” status he was not Caucasian in the “common understanding”, so he could not be included in the “statutory category as white persons”.[1] George Sutherland wrote in his summary: [Link]

Hsu inevitably cites hip hop as one of the most important instruments used for overturning the desirability of whiteness:

Just as Tiger Woods forever changed the country-club culture of golf, and Will Smith confounded stereotypes about the ideal Hollywood leading man, hip-hop’s rise is helping redefine the American mainstream, which no longer aspires toward a single iconic image of style or class. Successful network-television shows like Lost, Heroes, and Grey’s Anatomy feature wildly diverse casts, and an entire genre of half-hour comedy, from The Colbert Report to The Office, seems dedicated to having fun with the persona of the clueless white male. The youth market is following the same pattern: consider the Cheetah Girls, a multicultural, multiplatinum, multiplatform trio of teenyboppers who recently starred in their third movie, or Dora the Explorer, the precocious bilingual 7-year-old Latina adventurer who is arguably the most successful animated character on children’s television today. In a recent address to the Association of Hispanic Advertising Agencies, Brown Johnson, the Nickelodeon executive who has overseen Dora’s rise, explained the importance of creating a character who does not conform to “the white, middle-class mold.” When Johnson pointed out that Dora’s wares were outselling Barbie’s in France, the crowd hooted in delight.

Pop culture today rallies around an ethic of multicultural inclusion that seems to value every identity–except whiteness. “It’s become harder for the blond-haired, blue-eyed commercial actor,” remarks Rochelle Newman-Carrasco, of the Hispanic marketing firm Enlace. “You read casting notices, and they like to cast people with brown hair because they could be Hispanic. The language of casting notices is pretty shocking because it’s so specific: ‘Brown hair, brown eyes, could look Hispanic.’ Or, as one notice put it: ‘Ethnically ambiguous.’”

“I think white people feel like they’re under siege right now–like it’s not okay to be white right now, especially if you’re a white male,” laughs Bill Imada, of the IW Group…

p>If they’re right–if white America is indeed “losing control,” and if the future will belong to people who can successfully navigate a post-racial, multicultural landscape–then it’s no surprise that many white Americans are eager to divest themselves of their whiteness entirely. [Link]

p>I would point to success of Slumdog Millionaire at the Golden Globes last night as a perfect example of a film which appeals to the mainstream (i.e., white America) especially because it is so “non-white” (unless you count the director and producer). A British newspaper even ran the headline, “Slumdog Millionaire: the first film of the Obama era,” this morning. Obama-era is thinly veiled code for “era of the minority.” Let’s be honest, based purely on critical elements Slumdog did not deserve best picture. Although most of the dialog was convincing, that between the two main characters was atrocious drivel. Dev Patel was also woefully miscast as the lead. That being said, it was a very entertaining and moving film and if it wins the Oscar for best picture it will join Forrest Gump and Titanic as overrated movies that were nonetheless worthy as crowd pleasers (although if you liked Titanic you should be shot). The main appeal of Slumdog is the slum part, set to A.R. Rahman and M.I.A’s exotic music. To like it is to be hip. If you saw it earlier than most at one of the limited screenings in L.A. or NYC then you get extra hipness points. This film follows in the wake of another popular multiethnic film, City of God. A few years ago if you found yourself at a multiethnic party of elitist educated people then someone was sure to utter, “you simply must see City of God.” Shit, I probably even said it.

Matt Wray, a sociologist at Temple University who is a fan of Lander’s [the guy behind stuffwhitepeoplelike.com] humor, has observed that many of his white students are plagued by a racial-identity crisis: “They don’t care about socioeconomics; they care about culture. And to be white is to be culturally broke. The classic thing white students say when you ask them to talk about who they are is, ‘I don’t have a culture.’ They might be privileged, they might be loaded socioeconomically, but they feel bankrupt when it comes to culture â€¦ They feel disadvantaged, and they feel marginalized. They don’t have a culture that’s cool or oppositional.” Wray says that this feeling of being culturally bereft often prevents students from recognizing what it means to be a child of privilege–a strange irony that the first wave of whiteness-studies scholars, in the 1990s, failed to anticipate.

Of course, the obvious material advantages that come with being born white–lower infant-mortality rates and easier-to-acquire bank loans, for example–tend to undercut any sympathy that this sense of marginalization might generate. [Link]

p>The funny thing is that when I read the site “Stuff White People Like,” I invariably find that I like most of that stuff too. Does that make me a minority who is “too white” and will thus begin to seek a minority fix whenever I’m jonesing? Does use of the term “jonesing” just then count as such a fix? This is the one thing that I feel Hsu doesn’t adequately address when he is describing the “wigger” phenomenon. How do you explain Asian youth who mimic hip hop culture when they already have their own culture that is separate from white non-culture? My head is spinning.

In 1994, a young graffiti artist and activist named William “Upski” Wimsatt, the son of a university professor, published Bomb the Suburbs, the spiritual heir to Norman Mailer’s celebratory 1957 essay, “The White Negro.” Wimsatt was deeply committed to hip-hop’s transformative powers, going so far as to embrace the status of the lowly “wigger,” a pejorative term popularized in the early 1990s to describe white kids who steep themselves in black culture. Wimsatt viewed the wigger’s immersion in two cultures as an engine for change. “If channeled in the right way,” he wrote, “the wigger can go a long way toward repairing the sickness of race in America.” [Link]

As a point of contrast to the entire discussion above I point you to a series of stories on NPR’s Morning Edition this week, the first of which I awoke to this morning. The three part series chronicles the struggle of minorities in Europe to be recognized and accepted in their country (Germany in the first story) despite, in some instances, their family having lived there for several generations:

In Europe, Barack Obama’s election as president of the United States was met with euphoria. But now, the continent is peering into the mirror, realizing there is little chance a member of one of its own minorities could reach such prominence any time soon.

Take Germany, for instance, where notions of national identity are still strictly linked to ethnicity. Nonwhite Germans are still fighting to overcome exclusion from mainstream society in many ways.

p>”When you take white as the norm, and everything else is deviant from that, and your advertising is always targeted at white people, or when you write school books and they’re targeted at white children, this is, for me, a racist experience,” she says.[Link]

Simply amazing isn’t it? On one side of the globe we are talking about the overthrow of “Whitey” only a couple of generations after minorities gained a solid foothold here. In Europe, even after several generations, the divide between white and “other” seems stretched to a chasm. Is there any wonder why it is so hard to find homegrown terrorists in America? Excuse me now while I go listen to some Santogold and read The Root before going to bed.