While we are busy debating the merits of one potential Obama appointee and fawning over another (ok, I know, I am the only one fawning), there is a third that might end up having the most substantive role of all in Obama’s administration. Neera Tanden, who I first wrote about back in 2004, in all likelihood is about to occupy a position that will greatly influence this nation’s health care policy. First, remember that Tom Daschle will serve a new dual role. He will not only be named as the cabinet level head of Health and Human Services, but will also be director of a new WHITE HOUSE OFFICE OF HEALTH REFORM. This essentially gives him the powers of a Health Czar and indicates that we will see a major legislative push in the direction of comprehensive health care reform. Tanden is a member of the transition team’s health advisors, having come over from Clinton’s campaign. She is a battle-hardened survivor of Hillary-care and knows the lessons learned and can be a great asset to Daschle. Here is an interesting footnote about Tanden’s role at the inception of Hillary’s campaign: 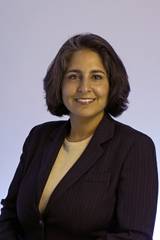 On a cold midmorning in January 2007, Hillary sat in the sunny living room of her house on Whitehaven Street in Washington, a well-to-do enclave off Embassy Row where she lived with her mother and, on occasion, her husband. She was finishing a last round of policy prep with her aides before getting on a plane to Iowa for her first big campaign swing. In a moment of quiet, she looked around the living room and said, to no one in particular, “I so love this house. Why am I doing this?”

Her policy director, Neera Tanden, and her advertising director, Mandy Grunwald, laughed, a little too lightheartedly. Clinton went on. “I’m so comfortable here. Why am I doing this?”

Tanden spoke up. “The White House isn’t so bad,” she said. [Link]

The New York Times had a good article on Tanden way back in 2000 [via Manish]:

How smart is the smart kid in Hillary Clinton’s Senate bid?

From all appearances — including a law degree from Yale — very.

It was Ms. Tanden, signing on with the exploratory committee in July 1999, who moved to New York from the White House and worked with Mrs. Clinton, researching and developing policies. She was 29.

It was Ms. Tanden — with, she wants you to know, her staff of six — who challenged Rick A. Lazio’s first major policy proposal, a tax-reduction plan, in August. In two hours Ms. Tanden prepared a detailed financial response. Finding the facts and figures to defend her candidate’s position is a large part of her work.

Watching Ms. Tanden in action at the Hillary 2000 headquarters on 34th Street is not permitted.

But you can accompany Ms. Tanden, informal, fast-talking, connected to her cell phone as to a body part, across the street to the restaurant she frequents these days, the cafeteria in Macy’s basement. She works 7 days a week, 12 hours a day. Her husband hates her work, Ms. Tanden allows in an unguarded moment. She makes a quick, politic adjustment: he doesn’t hate the work; he hates the way she brings the work home, the stress. [Link]

Here is Tanden at a recent policy conference where she spoke for the Obama campaign:

Obama will continue to focus on health care reform during his efforts to address the current economic downturn, Obama aide Neera Tanden said on Tuesday during a health care policy conference at the University of Minnesota, the St. Paul Pioneer Press reports. The conference focused on proposals to improve the efficiency of the health care system, such as increased focus on preventive care and disease management programs.

Tanden said, “We can’t really afford not to do health care,” adding, “Costs are spiraling out of control.” In addition, she said, “We will not get out of the hole we are digging if we are spending 16% of GDP (gross domestic product) on a system which doesn’t provide better quality.” [Link]

Tanden might do well to reach out to groups like the American Association of Physicians of Indian Origin (AAPI). I know it is playing up the identity politics angle but increasingly influential South Asian American medical groups may be good to have in Obama’s corner if they intend to drive a change. Tanden would be a good person to get them on board and to help explain new policiy ideas to the larger medical community. I think a large aspect of health care reform will be to concisely and correctly explain new ideas.