This article buried in the Saturday’s New York Times reports that the Obama campaign has invested heavily in microtargeting.

Microtargeting uses computers and mathematical models to take disparate bits of information about voters â€” the cars they own, the groups they belong to, the magazines they read â€” and analyze it in a way to predict how likely a person is to vote and what issues and values are most important to him. Often these analyses turn up surprising results; for instance, Democrats have taken advantage of the fact that many evangelical Christians are open to hearing a pro-environmental message.

Though this is technique has long been favored by the Republican party, especially during the 2000 Bush campaign, even Republicans agree that he “Obama campaign has appropriated it and taken it to a new level.” 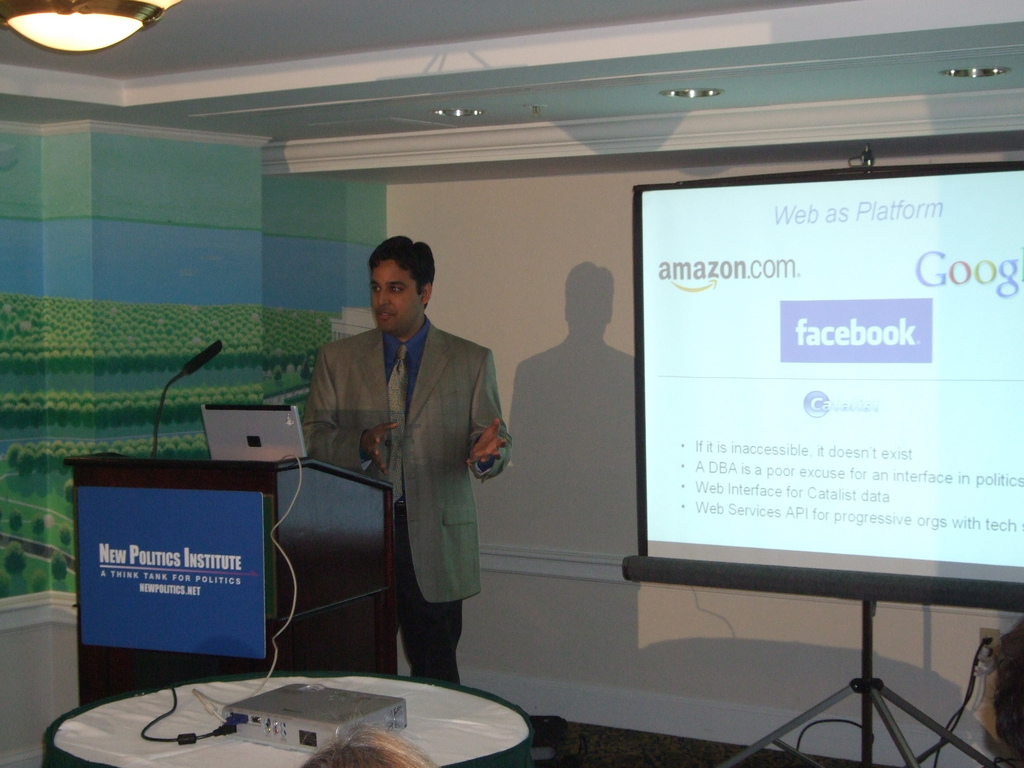 One of the largest data banks is Catalist, a for-profit company that specializes in providing data for the Obama campaign. Turns out its chief technology officer is 34 year old Vijay Ravindran, former director of the ordering-services group at Amazon.com, where he led a team of about 130 engineers who built and maintained the siteâ€™s â€œshopping cart.

The work being done in Catalistâ€™s McPherson Square officesâ€”which, with its multiscreen computer terminals, resembles a Silicon Valley start-upâ€”is helping revolutionize the fields known as data mining and microtargeting. … Catalist was founded in August 2005 by Harold Ickes, the longtime Clinton deputy White House chief of staff, after the 2004 campaign to address the Democratsâ€™ inability to harness data. One of the first hires was a young engineer, Vijay Ravindran. … “With my hiring, he made a decision that this was going to be a real company,â€ Ravindran says. As the chief data-architecture guy at Catalist, heâ€™s part of a new trend in political technology: As data become more important in campaigning, candidates are increasingly turning to the tech industry for business-level expertise.

In a feature on political strategists and microtargeting, from fastcompany.com [via the newstab, thanks brijo1], Ravindran says:

“In the political space, I felt it was very important to build a computing architecture that would take in real-time data, get them into a standardized format, and then load them into a place where they could be snapshotted out for particular purposes. That didn’t exist before. Now we have an architecture that scales more than 15 terabytes of data while providing an interface for users to work with. We expect to leave this election cycle with a piece of permanent infrastructure that enables groups to do microtargeting more efficiently than ever before. It all boils down to one principle: Leave no data behind.”

Below the fold is a video where Ravindran talks a little bit about what he does. Fascinating stuff.

21 thoughts on “Data Crunching for Obama”