By now, almost all of you will have seen the video below, the third in a series where Matt Harding does a peculiar little jig in 69 scenic locations around the world. It’s one of the web’s most popular videos and for good reason; it’s both incredibly catchy and deeply moving. One friend I sent this to burst out crying, another decided to plan a 3 week trip to Latin America as a result.

Where the Hell is Matt? (2008) from Matthew Harding on Vimeo. 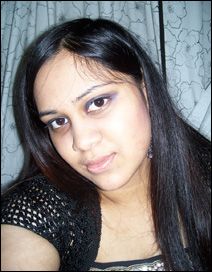 What you probably didn’t know is that the music being played is a poem by Tagore, set to music by Garry Schyman, and sung in sung in Bengali by 17 year old Palbasha Siddique (originally from Bangladesh, now living in MN). The music is a key part of the appeal of the videos, tying together the vignettes as neatly as the visual editing does. This is funny because the music was applied after the fact; at the time Matt was just dancing to the snapping of his own fingers.

The music has catapulted Siddique, who is still a senior in high school, into the spotlight:

At the moment, she is one of the most heard singers in the world…”It’s crazy,” said Siddique, who lives in Northeast Minneapolis with her mother and brother. “Right now it’s number one on amazon.com in the soundtrack [category], and number six overall, so that’s a really big accomplishment, because even ‘American Idol’ is number nine right now. I just never knew this would turn out so incredible. People are making ring tones out of it. Everyone on Facebook is adding me, and I had no idea there are so many Bengalis in our community, and they have all heard the song…” [Link]

Despite her young age, this isn’t her first recording. In fact, “she recorded her first CD when she was 7 and sang “God Bless America” before a Twins game when she was 11.”[Link] Her talents are the reason why she’s in the USA in the first place – she came to the country on a scholarship to the MacPhail Center for the Arts.

p>She has also released a video with a Bangladeshi-American fusion band appositely named Melange. Their first video, “Maa” (what a good desi girl – the song is about mothers, not drugs or sex

To close the circle, this is the Tagore poem that is used as the lyrics for “Praan”, the song that accompanies Harding as he dances around the world. You can see why he thought it captured the sentiment behind his efforts perfectly:

Stream of Life
by Rabindranath Tagore

The same stream of life that runs through my veins night and day
runs through the world and dances in rhythmic measures.

It is the same life that shoots in joy through the dust of the earth
in numberless blades of grass
and breaks into tumultuous waves of leaves and flowers.

It is the same life that is rocked in the ocean-cradle of birth
and of death, in ebb and in flow.

I feel my limbs are made glorious by the touch of this world of life.
And my pride is from the life-throb of ages dancing in my blood this moment.[Link]

76 thoughts on “Tagore as dance music, ‘round the world”