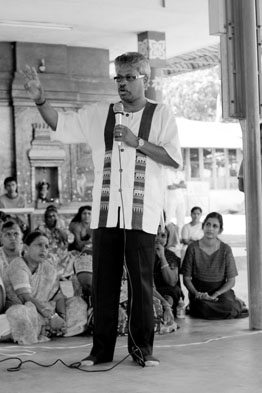 At the town of Mentakab, about a ninety-minute drive east of Kuala Lumpur, A. Sivanesan is scheduled to speak at a temple around noon. The car arrives late, so the crowd is ready, coming out to greet him like a visiting celebrity, a role he plays with ease. Stepping out of his black Mercedes sedan, with his designer eye wear, salt-and-pepper hair, and embroidered kurta over slacks, Sivanesan is the picture of urban sophistication. There is the hush of deference and respect when he moves among the crowd, shaking hands and making his way to the center of a pavilion where some 400 people are sitting on the concrete floor. The men are one side, women on the other. The children are dutifully quiet, and toddlers are passed from lap to lap. As he speaks in Tamil for about an hour, Sivanesan’s tone is alternately humorous and determined, his manner is engaging, and the audience is rapt.

A prominent labor lawyer in private practice, Sivanesan spends his weekends driving the length and breadth of peninsular Malaysia, speaking to groups of Indians about the events of November 25th, 2007 and collecting money for the families of the HINDRAF Five. On that date, HINDRAF (the Hindu Rights Action Force) organized a rally in Kuala Lumpur, drawing tens of thousands of Indians for a peaceful protest in defiance of the Malaysian government, which had denied the request for a permit. Riot police deployed tear gas and water cannons shooting skin-burning chemicals. Many were injured in the melee. Soon thereafter, the five men who are HINDRAF’s leaders were detained indefinitely without trial under the Internal Security Act. They remain in prison.

After the crackdown, the two-million-plus Malaysian Indian community (which is predominantly Tamil) and minorities everywhere were shocked. So was the Malaysian government, a coalition of ethnic parties called the National Front (known by its Malay initials as the BN). One key pillar of the BN is the Malaysian Indian Congress (MIC). The government had not expected tens of thousands of Indians to march on Kuala Lumpur.Sivanesan says that surveys used to show that 87% of Indians supported the ruling coalition. Now, that figure has dropped to 35-40%: “Why? We are left out of the mainstream of development, we are marginalized, and we are not given opportunities in the government sector or universities.”

November 25th and HINDRAF, which began as an organization promoting Indian culture and religious education, have become shorthands for dissent, dissatisfaction, and â€” in the mind of the government â€” sedition.

Sivanesan is at the center of it. His own prominence as a lawyer and active member of the Democratic Action Party (DAP), Malaysia’s largest secular opposition party, have so far insulated him from the government’s interference. His co-counsel for the HINDRAF Five is Karpal Singh, lawyer and chairman of the DAP. Their clients are lawyers. All are well respected, and the fact that these men â€” professionals, educated, elite â€” are risking their lives and livelihoods on behalf of Malaysia’s Indian community is helping to mobilize support among people who have considerably less to lose. Though there are some high-profile exceptions, most of Malaysia’s Indian population is working-class, with few opportunities for advancement.

They are angry and energized like never before. Despite their entrenched second-class status in Malaysia and their failure to gain a foothold in the surging economy, most Indians would probably not have challenged the status quo. But when property developers began destroying Hindu temples, often historical but unused, the Indian community began to protest. The November 25th rally was the largest of a series of agitations, provoked by the temple destruction and the failure of Samy Vellu, president of the MIC, to halt the practice. The MIC was no longer seen as an effective Indian voice in Malaysia’s government. The indefinite detention of the HINDRAF Five was the final straw.

Toward the end of Sivanesan’s speech in Mentakab, men circulate among the crowd, collecting donations to support the families of the HINDRAF Five. When the money is counted, the crowd of about 400 have contributed 7,000 ringgits (about $2,177), which is not a negligible sum in rural Malaysia. “These are average wage earners. Why are they coming forward now?” Sivanesan says later. “They feel this is the only opportunity they have to tell the government enough is enough â€” give us what is rightly owed to us.”

Sivanesan’s barnstorming tours of Malaysia recall those of another British-schooled lawyer who fought for the rights of a minority population in a former colony. Mohandas Gandhi’s work in South Africa was about securing for Indians what was rightfully theirs under the law. Sivanesan, and those who have rallied behind HINDRAF, are only asking for their due. “We’ve got the quota system in Malaysia. It’s a policy matter that Indians should be given ten percent in all sectors,” he says.

Elections are scheduled for March 8th, and while there is little chance that the BN will be ousted from power, there are hopes that the opposition parties will pick up seats, taking them away from the Malaysian Indian Congress, which has always counted on Indians as its vote bank. Sivanesan himself is contesting a seat for the DAP in Perak state, which will pit him against MIC vice president S. Veerasingam.

MIC president Samy Vellu recently issued an ominous statement, saying, “Donâ€™t be emotional when casting your votes or you will destroy the community with your own hands.”

Sivanesan, too, knows the stakes are extremely high in the next election. “If the government is going to garner the same support, then the Indians in this country are finished.” 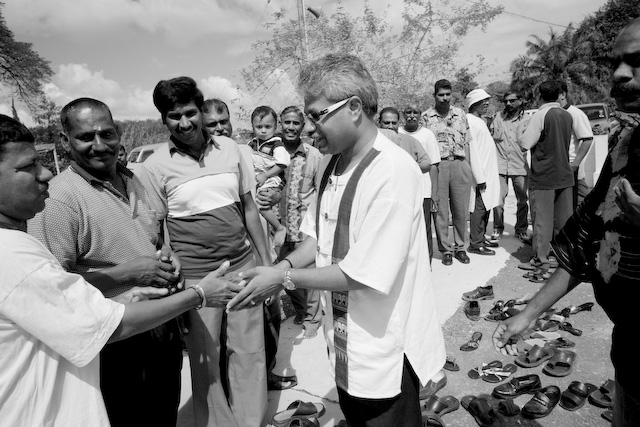 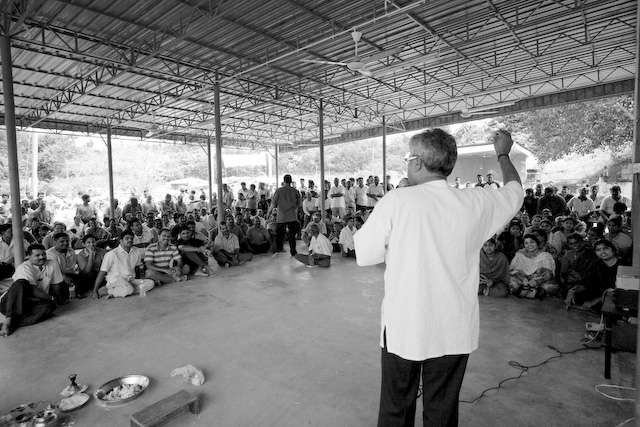 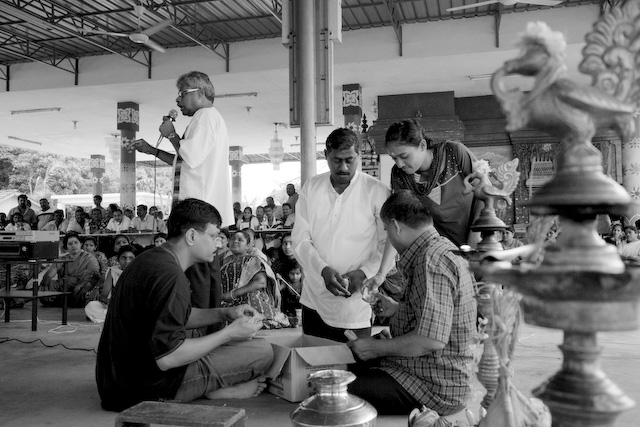 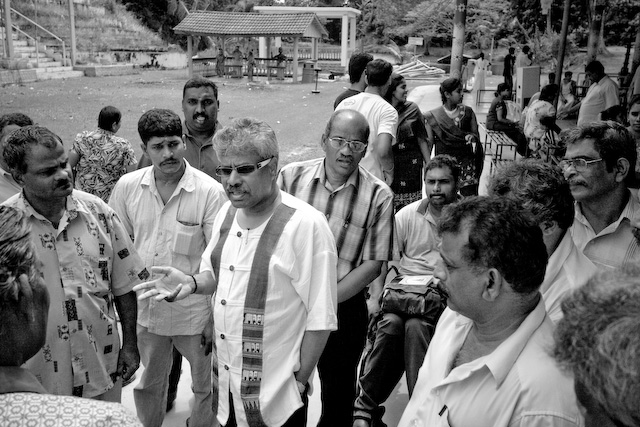