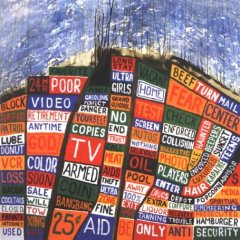 Flash Fiction Friday (or the Friday55) has been on hiatus for a few months, but it seems like the time is right to commence creating again.

It’s a new year, it is time to discover new writers.

When we did this in the past, we’d have anywhere from a dozen to almost a hundred story submissions left in our comments section. How is such a thing possible? Well, as I mentioned above, at a wee 55 words, these were rather abridged stories.

I know I’m not the only one who is looking forward to reading the brilliant gems you mutineers tend to come up with. If it’s all still a bit unclear, I’ve got an example of nanoficiton for you to consider; I used to post tiny stories regularly on my personal blog, HERstory. Here is one of those short-short stories, to give you a sense of what they are like, and how zimble they can be, if you are not yet acquainted…

She nervously adjusted her sari, hoping no one noticed. So far, the night had gone flawlessly; she had made a good impression on everyone, she could just tell.

The older woman at the table noted how silk was tugged upwards. Taking a delicate sip of tea, she thought, “She’s not good enough for our family.”

And now, for some background on the genre:

One type of flash fiction is the short story with an exact word count. An example is 55 Fiction or Nanofiction. These are complete stories, with at least one character and a discernible plot, exactly 55 words long.[wiki]

I used to help organize a writing workshop in DC for would-be Lahiris and the one thing which was consistent was an inability to get started. If you looked around at the beginning of any warm-up or writing exercise, you’d observe a morose sort of gaze focused on one’s notebook, writing instruments quivering, and nothing marring those smooth sheets of paper or glare-ridden laptop screens.

To get around this for our Flash Fiction fiestas, I used to choose a song for our “theme”. It was always drawn from my music collection and usually, it was the sort of song one would have seen featured on the now-defunct, but ever-legendary 120 Minutes. This week, I’m going to veer from that formula in two ways. Our theme is the name of an album and a recent one, at that. In light of current events and primary colors, let’s ring around the rosy “Hail to the Thief (The Gloaming)”. More about that, after the jump.

The title of the album is considered by some to be a reference to an anti-Bush chant (itself a play on “Hail to the Chief”, a march played to announce the arrival of the President of the United States) that was used by activists during the controversy surrounding the 2000 U.S. presidential election. However, the band has emphasised the wider political context of the slogan, citing its use during the 1888 election. In the June 2003 issue of Spin Magazine, Thom Yorke was quoted as saying “If the motivation for naming our album had been based solely on the [current] U.S. election, I’d find that to be pretty shallow.” The album’s subtitle was also explained by Yorke: “[The Gloaming] is the imminent sense of moving into the Dark Ages again. The rise of all this right-wing bigotry, stupidity, fear and ignorance.” [wiki]

This Friday, write about anything political, whether it’s election-related or not. Or, defy convention and write about whatever your dil desires. Just post your 55-word story below, in the comments section, so we can all swoon over it, please?