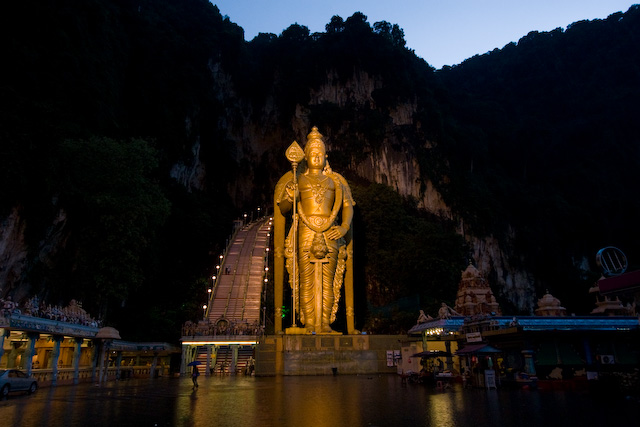 Statue of Lord Murugan at the Batu Caves near Kuala Lumpur. Malaysia is home to some of the most significant modern Hindu facilities outside South Asia.
All photos by Preston Merchant 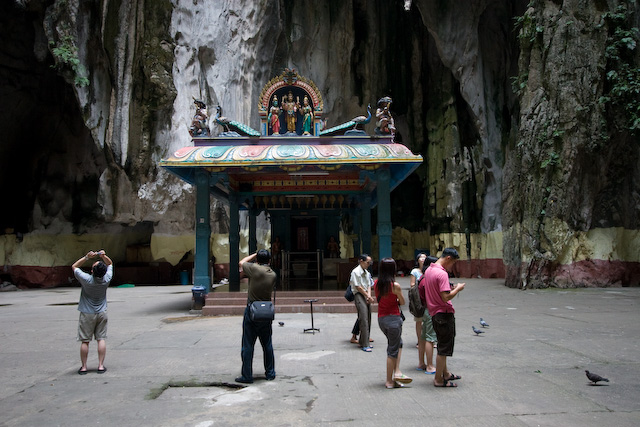 The Batu Caves complex is home to a number of shrines inside vast limestone amphitheaters at the top of a mountain. 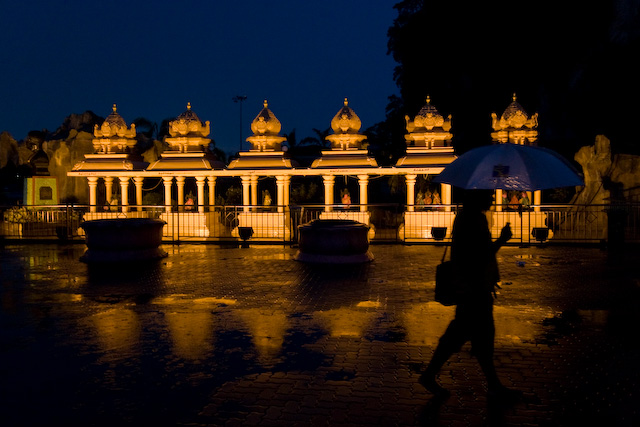 Shrines at the base of the Batu Caves 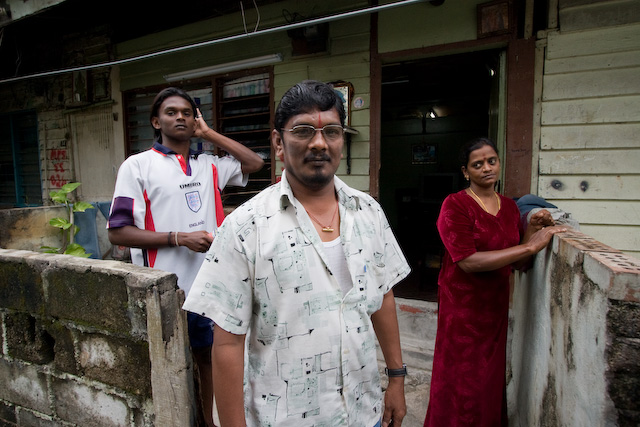 A bus driver, Mr. Govindasamy has lived in this house, built by his father, for 45 years. Nearby property development has turned the area into a slum. The land was owned by the Batu Cave temple corporation, who sold it to a developer, who has in turn evicted the family. Refusing to leave, they squat in their family home. 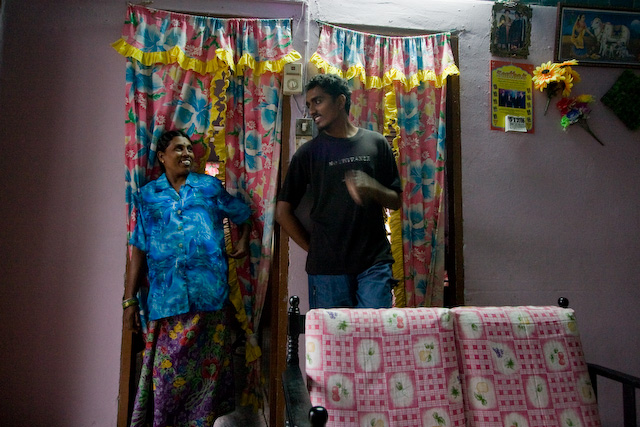 The Subramaniam family lives on a former rubber plantation, where Mr. Subramaniam worked as a rubber tapper. When the estate was parceled and sold to developers, the workers were fired. They are supposed to receive a compensation package based on their tenure. Since the Subramaniams have not been paid, they refuse to vacate their home, which is their only leverage. 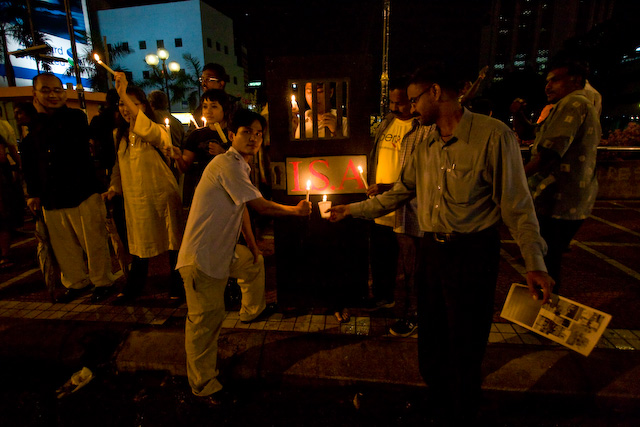 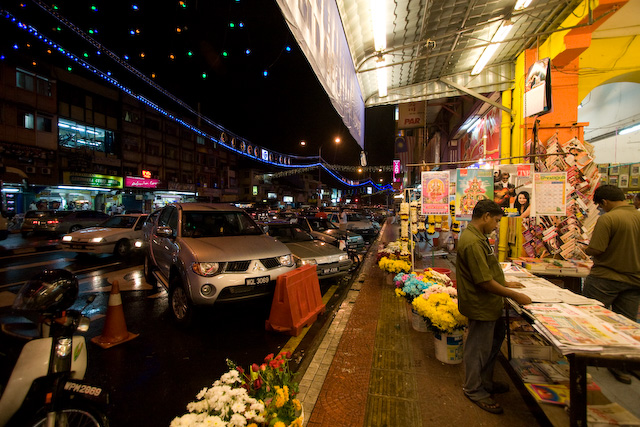 Evening in Brickfields, one of KL’s Indian shopping districts. 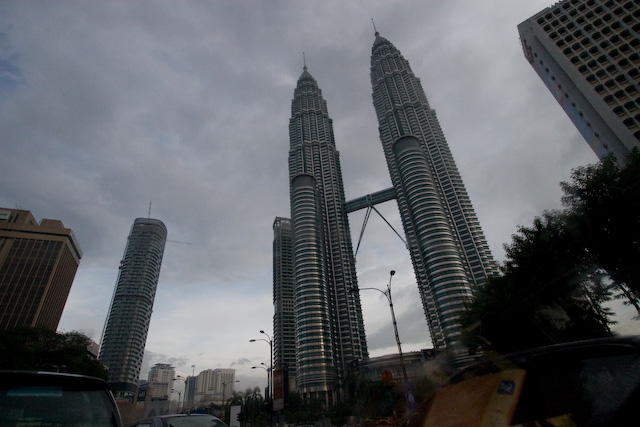 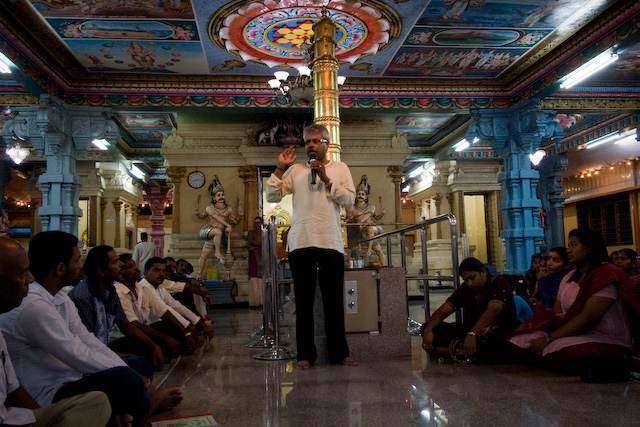 A. Sivanesan, a labor lawyer turned political activist, spends his weekends speaking in temples and gatherings throughout Malaysia, raising money for the families of the HINDRAF 5. 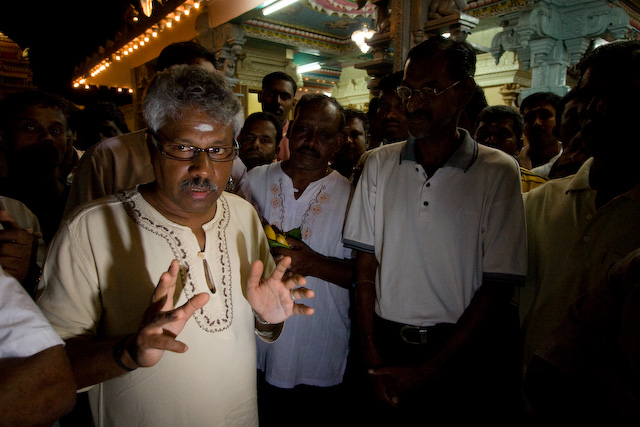 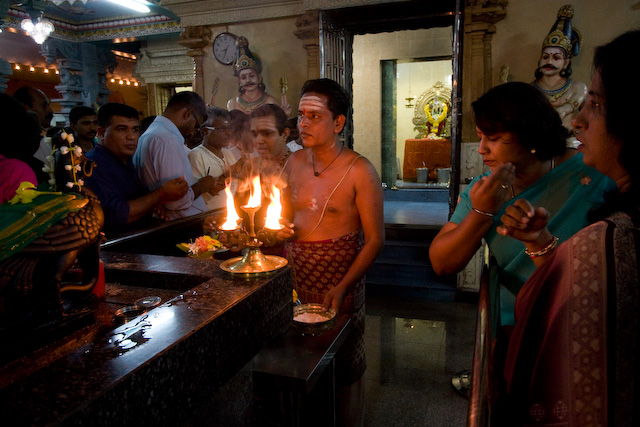 Prayers for the HINDRAF 5. 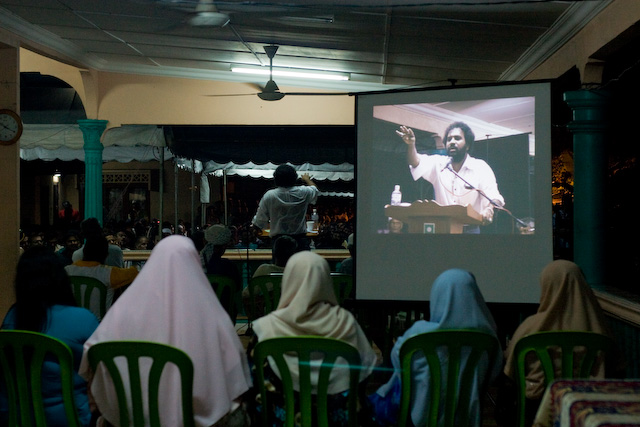 A rally for the PAS, the Pan Malaysian Islamic Party. An opposition party, the PAS gained support from Indians and Chinese, most of whom are not Muslims, after the Nov. 25 violent crackdown on the Indian protest organized by HINDRAF. Non-Muslims see the PAS as one of several alternatives to the Barisan Nasional (National Front or BN), which has ruled Malaysia since independence and promotes Malay-first policies that discriminate against minorities. 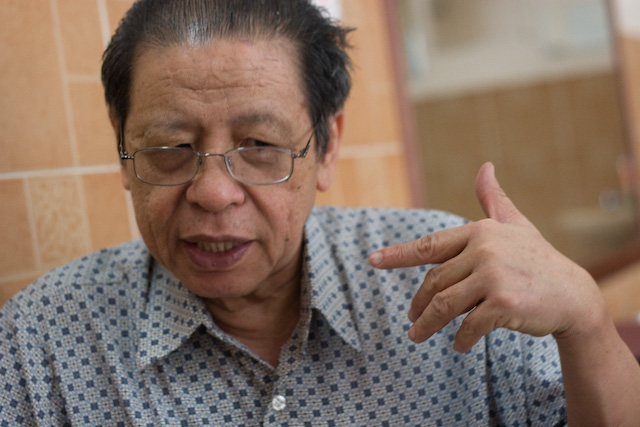 Lim Kit Siang, leader of the Democratic Action Party, the largest opposition party in Malaysia’s parliament: “The continued marginalization of the Malaysian Indians will become an international issue, even more so for the Indian diaspora with a population close to Malaysiaâ€™s population â€“ over 20 million.” 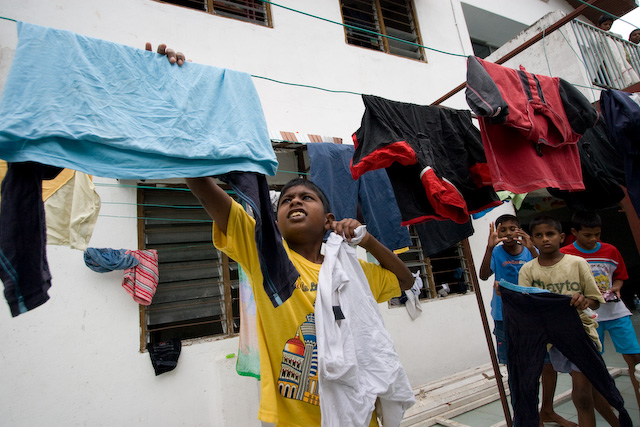 At the Rumah Kebajikan Anbu Illam Home for Underprivileged Boys. 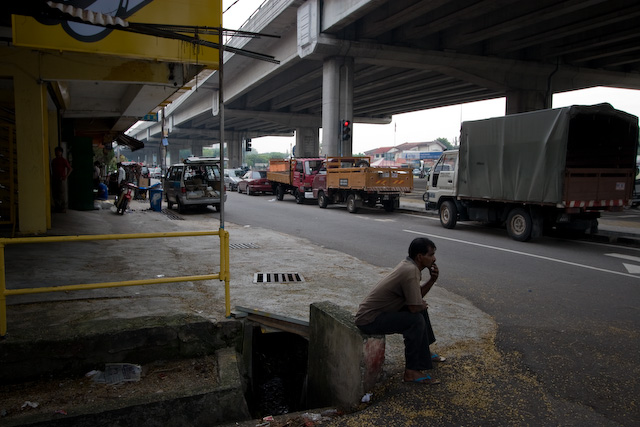 With the demise of the rubber plantations, which began in the late 1960s, the main employer and social safety net for Malaysia’s Indians has been destroyed. Homes and livelihoods are gone, the government provides no support, and the unskilled and semi-skilled are forced to move into low-paying jobs like driving trucks for hire. 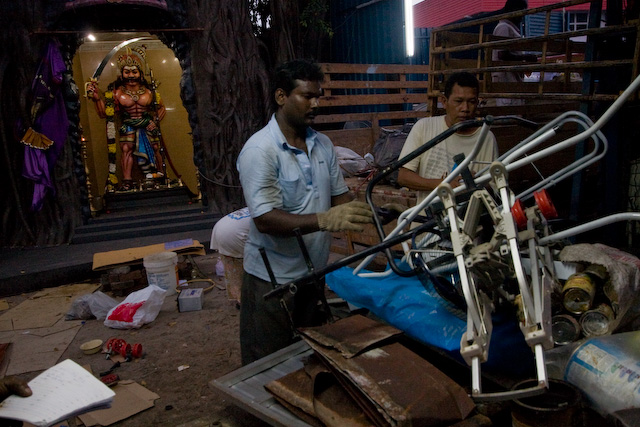 Madurai Veeran shrine at a scrapyard. 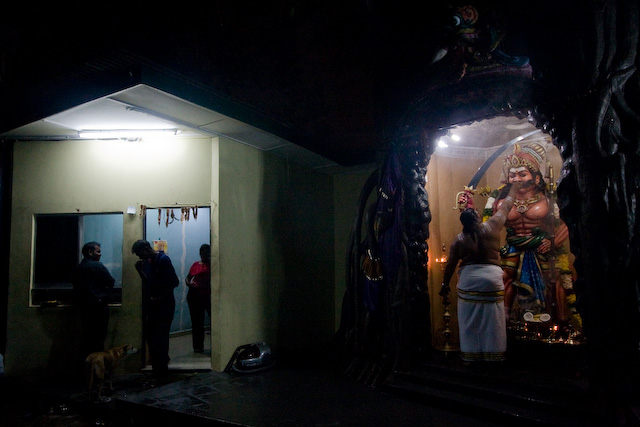 Puja at the Madurai Veeran shrine, built by the owner of a scrap metal shop.

18 thoughts on “Photos: Indians in Malaysia”