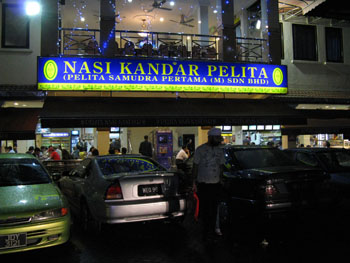 Preston says that I carry a teabag everywhere the way a teenage boy carries a condom. I disagree, as (I presume) teenage boys carry condoms with hope, and I donâ€™t actually want to use the emergency teabag stowed in the change pocket of my wallet. Yes, there is such a thing as a tea emergencyâ€”the moment when only black Sri Lankan tea (with milk, one sugar) will make me happy. But I have had no such emergencies in Malaysia, as the tea here (teh tarik, as my preferred version of it is called) tastes like tea in a Sri Lankan home. (Teh tarik is â€œpulled tea,â€ according to one of our guidebooks. When I read what that meant, I realized that itâ€™s what I know in Tamil as â€œathefining.â€ Pardon the poor transliteration.) Made with condensed milk and mixed by being poured from one vessel to another, itâ€™s fantastically refreshing.

But before tea: food. And here Malaysia outdoes almost every other country Iâ€™ve visited. At the open-air food court nearest our hotel, Nasi Kandar Pelita, the cash registers feature a line-up of complimentary meal-enders: vitamin drops of various fruited flavors. The emptiest bin, however, is the one farthest to the leftâ€”antacids! The food is well worth the gastronomical price, and worth much more than its actual price. We visited Nasi Kandar Pelita three or four times. Most of the waiters there are Indian. One, upon spotting me, came over to offer a menu, and then promptly said, â€œYou are from Ceylon?â€ Ismail, a Chennai native, went out of his way to find me every time I visited Nasi Kandar Pelita.

As Malaysia is an Islamic country, the food here is generally cooked without pork. Frying seems the strategy of choice, with boiling an occasional alternative. From talking to Ismail I discovered that it was possible to order with less ennai (oil). My favorite food is roti canai, a taste I acquired at Nyonya in New York, where it is regrettably only available as an appetizer. The roti dough is folded over and over before frying to make a bread with a flaky outside and stretchy inside. Itâ€™s generally served with chicken curry and dhal reminiscent of my motherâ€™s. Malaysians eat it for breakfast, lunch, and dinner. I can see why. With an egg added onto the bread, it’s even better.

In Singapore, open-air food courts are called hawker centres, but in Malaysia they donâ€™t seem to share that name. In both places, theyâ€™re far more plentiful than restaurants; in Singapore, they have distinctly different restaurants under different managements. Itâ€™s like an American food court, but the food is consistently restaurant quality. At the Singaporean hawker centresâ€”specifically, the one on Zion Road, across from the Citibankâ€”we ate quay teow. Here it was made with slivers of fried pork. Dessert, selected by a Singaporean friend from my undergraduate days, were wonton-like spheres filled with sesame and crushed peanut. Served in bowls of soybean milk, with curds, they were surprising bursts of sweet flavorâ€”good enough that on our return trip through Singapore, we will go out of our way to eat them again. (I think they were called eboling.) Singapore’s hawker centres are carefully regulated and inspected for hygienic practices. Itâ€™s probably safer to eat the food here than it is to eat in many regular restaurants around the world!

And certainly far more delicious. In Malaysia, the food offers even more surprising blends. You can get fresh fruit, fruit smoothies (durian/kiwi is a popular option, although one we didnâ€™t try). At Nasi Kandar Pelita, I did have mango juice, which was pretty much a mango stuck in a blender, plus sugar. It was far and away the best I’ve ever had. At another place, Seetharam in Brickfields (Kuala Lumpurâ€™s Little India), I saw puttu goreng on the menu. I know puttu as a Sri Lankan food. The steamed flour and coconut is sometimes eaten instead of rice. (Itâ€™s made from the same kinds of flour used to make idiappam.) In my motherâ€™s house, puttu is generally made in a cylindrical steamer. Goreng refers to a Malaysian style; as far as I can discern, it means assorted foods and ingredients mixed together. Fried rice, therefore, is goreng. I ordered utthappam, and Preston had a dosa; our whole meal, which included several curries, came to $2USD.

Finally, in Kuala Lumpur we met a SepiaMutiny lurker and her husband at KLCC for coffee. We stopped into a Starbucks, where I got teh tarik again. Malaysian food is better, even when provided by The Man: when was the last time you saw a chicken onion roll at your local hangout? 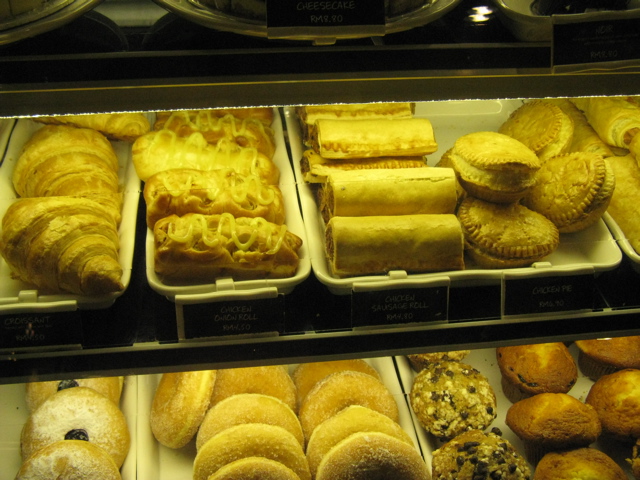 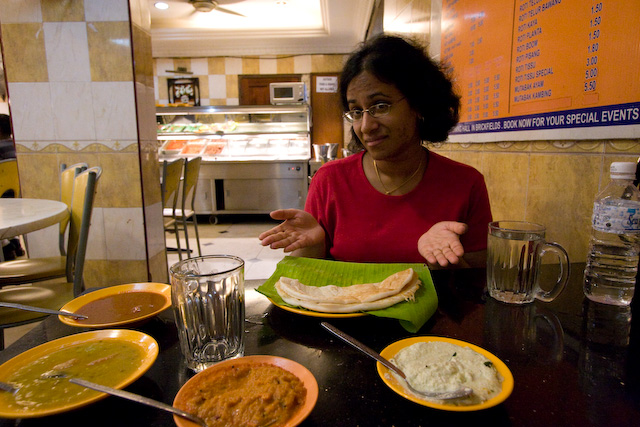 At Seetharam, where a two Americans ate for two dollars. 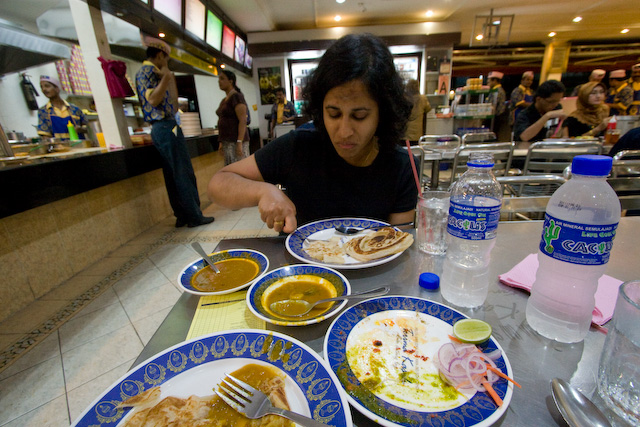 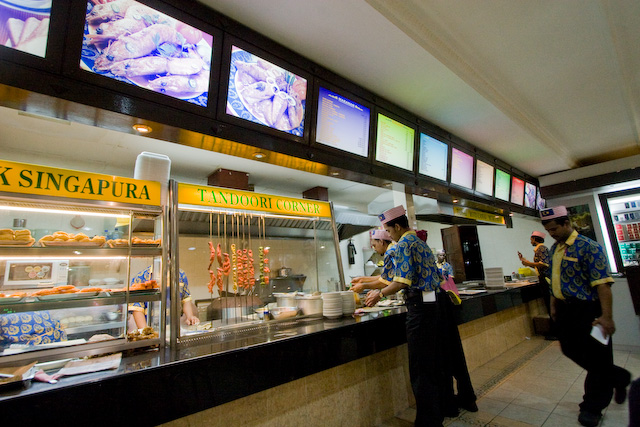 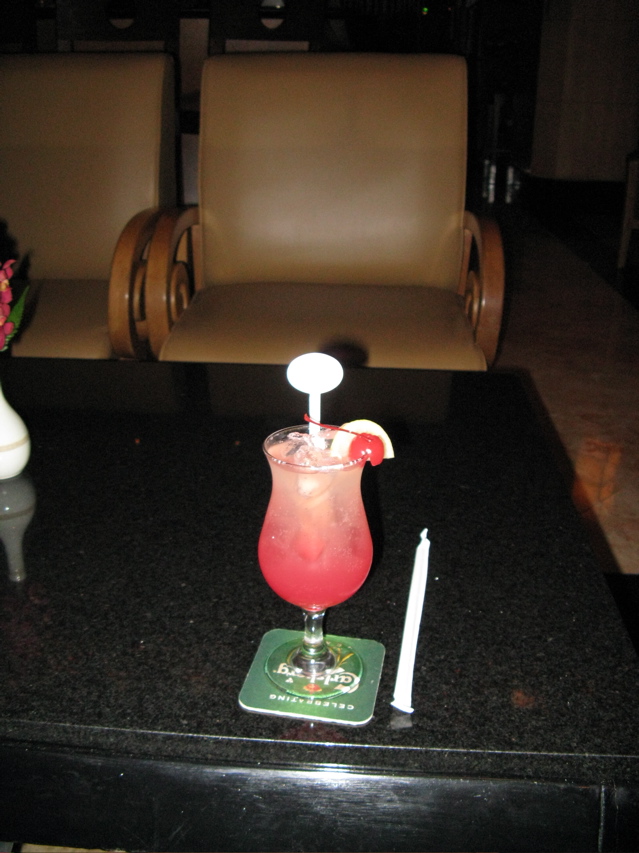 A Singapore Sling (you can get them in Malaysia too).