I wake to the sound of tennis balls, the sound of leisure. For New Year’s, Singapore went shopping, worshiped, and celebrated, making very little mess in the process.

Hindus, mostly from Tamil Nadu and Sri Lanka, went to the temples here, some dating back to the middle of the nineteenth century and earlier. Families arrived in private cars and taxis, the women bedecked in silk and jasmine. Laborers came in the backs of flatbed trucks fitted with benches to seat them. They smashed coconuts and prayed for good fortune. 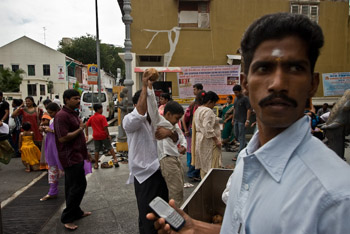 Earlier, they had shopped at Mustafa’sâ€”a postcolonial Marks and Spencer, the Walmart of the Eastâ€”jammed with every conceivable consumer good: electronics, South Asian and western suitings, cosmetics, jewelry, luggage, appliances, fruit, dry goods, DVDs. The store in Little India is itself a little India and larger than the Little Indias in most non-Indian cities.

Tourists enjoyed the spectacle. The Australians wore shorts and sipped Singapore Slings in commemorative glasses at Raffles Hotel, a colonial-era shrine to steamer trunks, Noel Coward, and Dicky Mountbatten. The daughter of a wealthy Chinese businessman married a wealthy Chinese businessman and had her photo taken in the courtyard of the Empire Cafe.

Singapore goes about its business, which is business.

Elsewhere, at the Malaysian High Commission, in a leafy residential neighborhood, Seelan Palay, the 23-year-old grandson of a gravedigger, stages a one-man hunger strike to protest the detention, in Kuala Lumpur, of the five leaders of an Indian minority-rights organization.

Photo above, smashing coconuts at the Ceylon Temple. 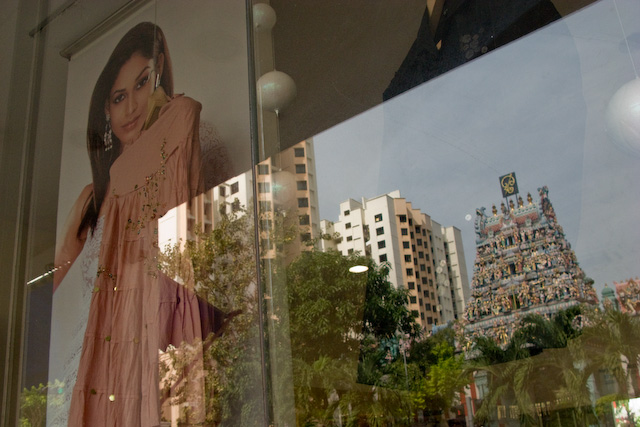 Reflection of the Veeramakaliamman Temple in Little India 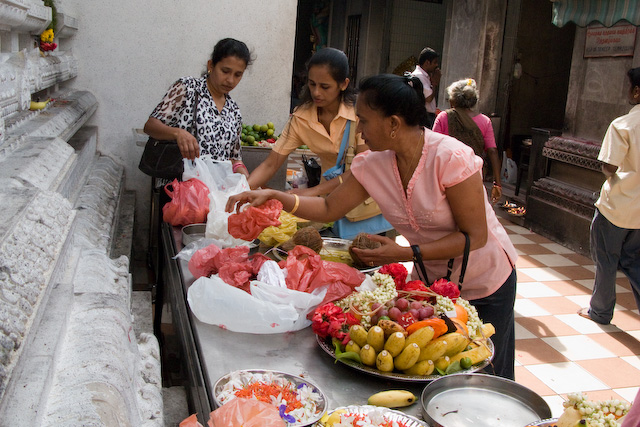 Preparing for puja at Veeramakaliamman 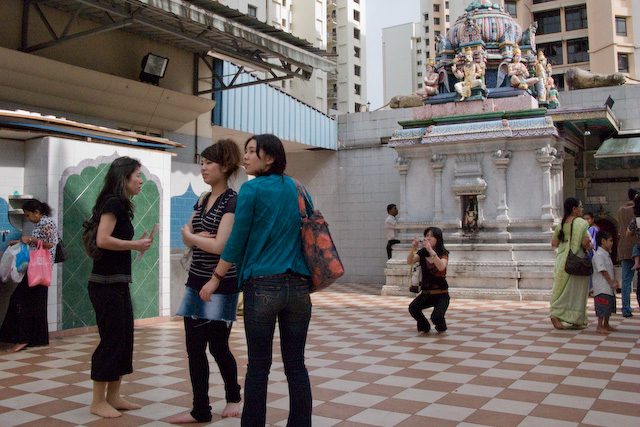 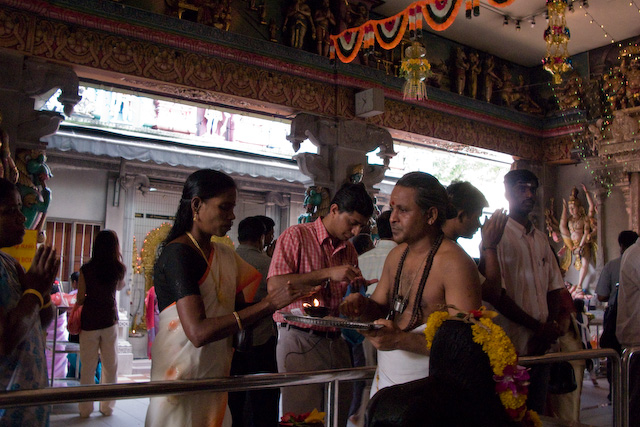 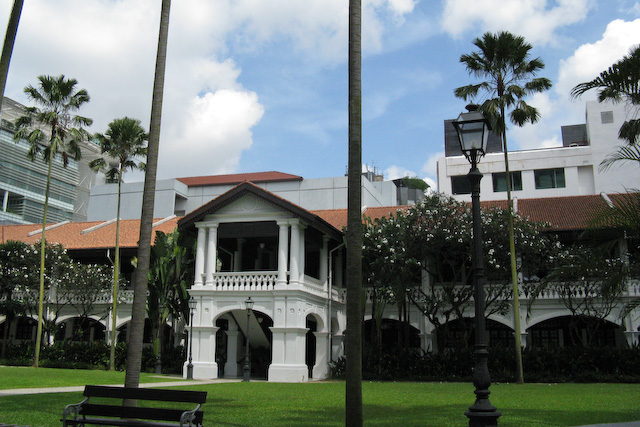 Courtyard of the Raffles Hotel (photo by V.V. Ganeshananthan) 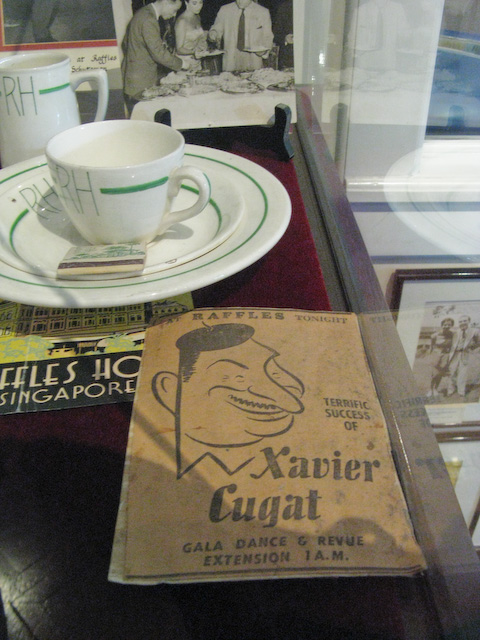 In the Raffles Hotel Museum (photo by V.V. Ganeshananthan) 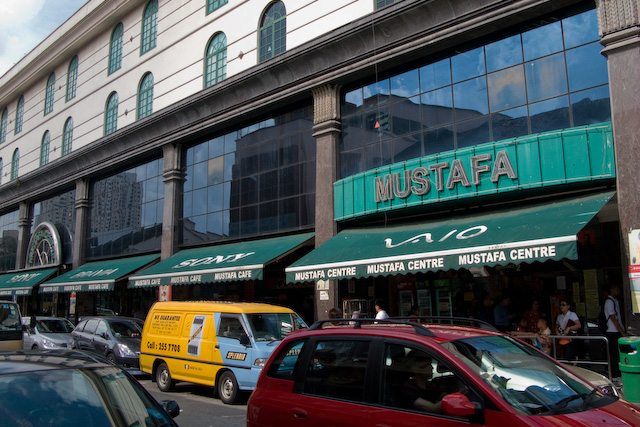 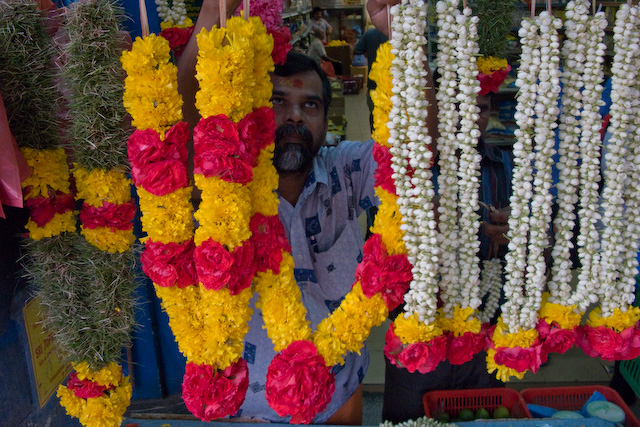 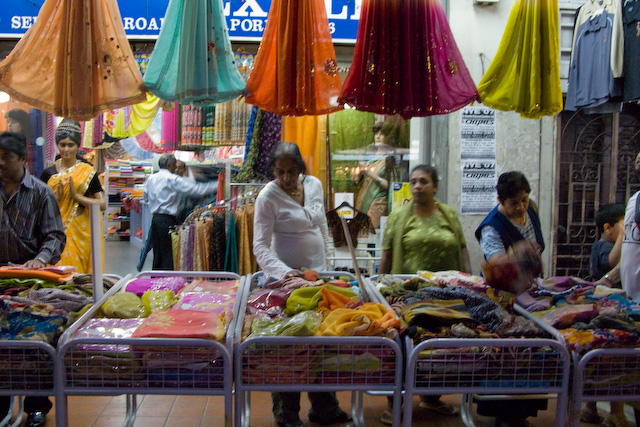 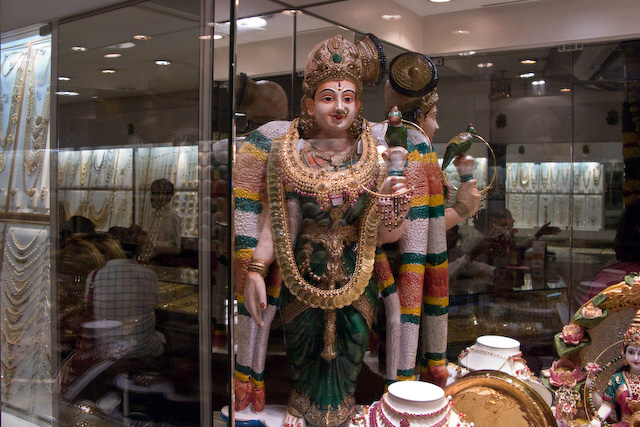 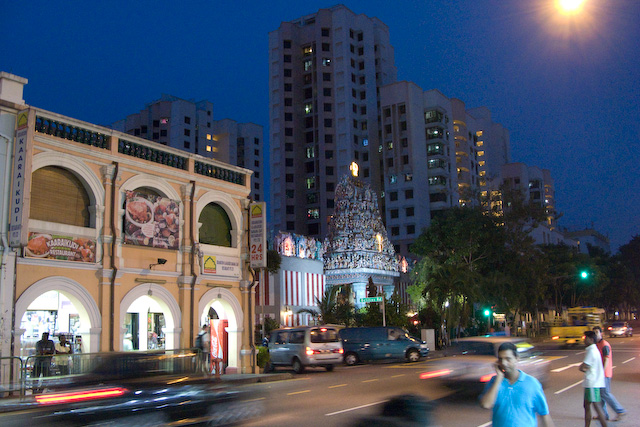 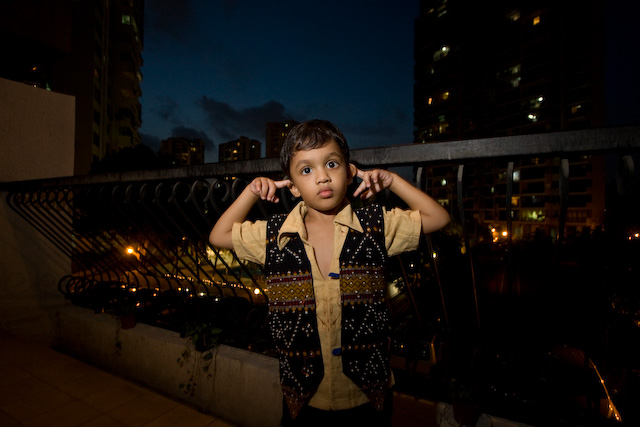 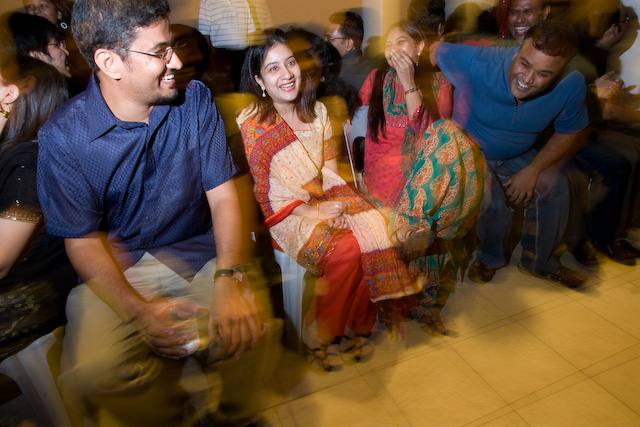 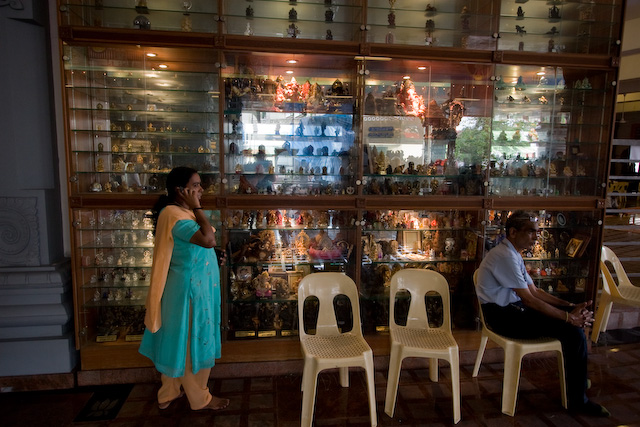 Ganesha gallery at the Ceylon Temple 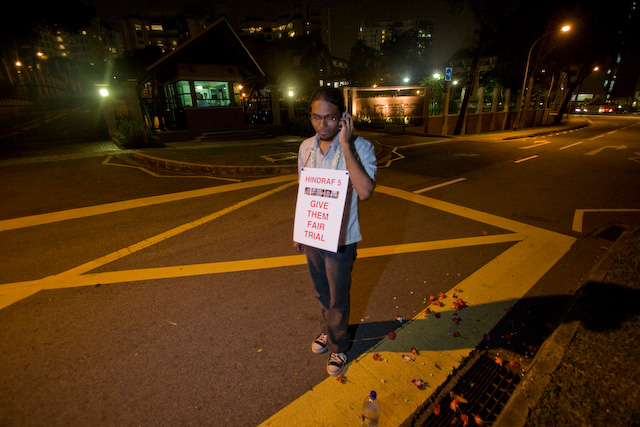 26 thoughts on “Singapore Days, Part I”