Amrit Singh, the hardworking New York ACLU lawyer who is also the daughter of the current Indian Prime Minister (written about many times here on SM), has teamed up with fellow ACLU attorney Jameel Jaffer to author a book which outlines the broad scope of the detention and torture policies practiced by the Bush Administration in its “War on Terror.” [via Ultrabrown] 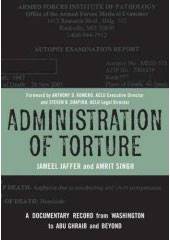 Administration of Torture is the most detailed account thus far of what took place in America’s overseas detention centers, including a narrative essay in which Jameel Jaffer and Amrit Singh draw the connection between the policies adopted by senior civilian and military officials and the torture and abuse that took place on the ground. The book also reproduces hundreds of government documents; including interrogation directives, FBI e-mails, autopsy reports, and investigative files; that constitute both an important historical record and a profound indictment of the Bush administration’s policies with respect to the detention and treatment of prisoners in U.S. custody abroad. [Link]

“Awesome” is the first thing that comes to mind. Even though we can’t undo a lot of what has been done to take America way off course in the last several years, it feels somewhat better to know that someone is taking the time to bear witness to and document it all thoroughly. This way, as Bush likes to proclaim, history can best judge his presidency. To get a feel for the book you can download part of a chapter here

. You can also listen to a Podcast here where the authors discuss their book, and a recent NPR interview with Singh here. 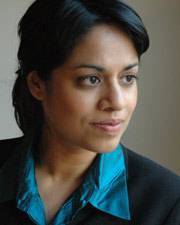 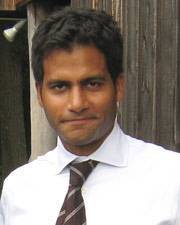 ‘It is imperative that senior officials who authorised, endorsed, or tolerated the abuse and torture of prisoners be held accountable, not only as a matter of elemental justice, but to ensure that the same crimes are not perpetrated again,’ Amrit Singh and Jaffer write…

Commenting on the book, former US Navy Counsel Alberto J Mora says Amrit Singh and Jaffer remind the administrators that when years ahead continue to test the security, ‘we will again be tempted to violate our values in the mistaken belief that we will be made more secure by doing so.’

The authors ‘remind us that when test comes, we must find the courage to defend our principles more firmly,’ he added.

74 thoughts on “Preserving the Evidence”