The big story of the past week has been that of Bobby Jindal’s ascension to the Louisiana governor’s mansion. As can be gleaned by even a casual examination of some of the comments we’ve received, this has served as inspiration to some and caused nausea in others. As significant a milestone as it is to see an Indian American as the chief executive of a state, this election cycle I am more excited by small time desi politics. Since 2004, when this blog was established, we have witnessed an increasing number of desi politicians running for a variety of local seats. Today as I left work in the Clear Lake suburb of Houston, I saw a few signs urging voters to send Manisha Mehta to the Houston City Council for District E. From her website: 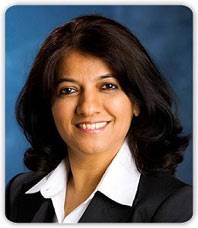 * An immigrant from India who came to America at the age of 10, Manisha graduated from public schools and went on to earn a finance degree from the University of Houston

* Manisha now runs her own business

* Manisha has been married to Nikhil for 18 years; he is a former NASA engineer who now is himself a small business owner. They have two children.

You can just tell by that last bullet that she has great decision-making skills and is an exceptional judge of character. Both traits are very important in a candidate for any office.

Manisha is up against three others looking to fill the vacancy left by the current term-limited council member:

The current race has a Republican and a Democrat living in each end of the district. Dwyer and Sullivan are both Republicans, and Williams and Mehta say they side with Democrats.

After emigrating from India as a child, Mehta, a certified yoga instructor and volunteer, has lived in Houston for more than 30 years. She’s a mother of two and married to a retired NASA engineer.

She said she would be a vocal advocate for appraisal reform, acknowledging that the city does not control that issue. She also stressed curbside recycling, which now is available in only one Clear Lake subdivision.

“Kids learn in school to recycle and make our environment a better place, but they don’t have a place to practice that,” she said. [Link]

p>A local blogger recently did an interview with Manisha which he uploaded here.

p>Oh, and by the way, Mehta isn’t the only desi in Houston running for office. Ashish Mahendru is running for a judgeship here as well: 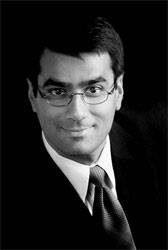 Ashish Mahendru was born in India in 1971. When he was a month old, he moved to the United States. His ties to Houston date back to 1980 when his father was hired by Aramco, and the Mahendru family underwent orientation in Houston before shipping off to an overseas assignment…

In 2005 Ashish Mahendru spearheaded the Houston Bar Association fundraising efforts for tsunami victims. He has authored articles on the subject of guardians ad litem and the Children’s Online Privacy Protection Act. He has been invited to lead continuing legal education seminars. [Link]

55 thoughts on “If you don’t like global results, think locally”