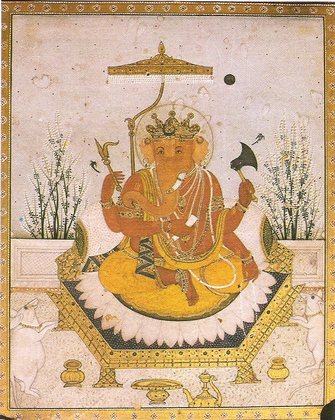 An important festival honours Ganesha for ten days starting with Ganesh Chaturthi, typically in late August or early September. This festival culminates on the day of Ananta Chaturdashi when images (murtis) of Ganesha are immersed in the most convenient body of water.

Hindus celebrate the Ganapati festival with great devotional fervour. While it is most popular in the state of Maharashtra, it is performed all over India. The festival assumes huge proportions in Mumbai and in surrounding belt of Ashtavinayaka temples. On the last day of the festival, millions of people of all ages descend onto the streets leading up to the sea, dancing and singing to the rhythmic accompaniment of drums and cymbals.

In 1893, Lokmanya Tilak transformed the annual Ganesha festival from private family celebrations into a grand public event. He did so “to bridge the gap between the Brahmins and the non-Brahmins and find an appropriate context in which to build a new grassroots unity between them” in his nationalistic strivings against the British in Maharashtra. Thus, Tilak chose Ganesha as a rallying point for Indian protest against British rule because of Ganesha’s wide appeal as “the god for Everyman.” Tilak was the first to install large public images of Ganesha in pavilions, and he established the practice of submerging all the public images on the tenth day.[wiki]

So…one could say that Ganapati was quite mutinous.

Extra celebrating is in order, I think. What are you doing today? Over the past three years, I’ve found that when some of you describe childhood memories of holidays which were important in your family, it’s as sweet as this. Speaking of sweet, eat a ladoo for me, would you? Thanks.

172 thoughts on “The God for Everyman”