Gregory Clark is quickly becoming the economist du jour due to his recently published (and quite controversial) A Farewell to Alms. 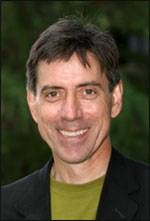 Late last year, Sepia Mutiny had a preview of some of the book’s content and, as schedule permits, we will likely cover more of it moving forward. As we said back then, for Mutineers Clark is definitely an economist to watch relative to others due to his outsized focus on Indian economic history.

So, until we get a chance to dive into more of the detail here, GNXP (Razib’s home when he’s not a 1-man comments machine on SM) has a great interview with Clark up right now and question #1 hits squarely into desi territory –

1) In some early work, you wondered why workers in British cotton mills were so much more productive than workers in Indian cotton mills. You discuss this in the last chapter of A Farewell to Alms. You looked at a lot of the usual explanations-incentives, management, quality of the machines-and none of them really seemed to explain the big gap in productivity. Finally, you seemed to turn to the idea that it’s differences between the British and Indian workers themselves-maybe their culture, maybe their genes-that explained the difference. How did you come to that conclusion?

…When I set out in my PhD thesis to try and explain differences in income internationally in 1910 I found that asking simple questions like “Why could Indian textile mills not make much profit even though they were in a free trade association with England which had wages five times as high?” led to completely unexpected conclusions. You could show that the standard institutional explanation made no sense when you assembled detailed evidence from trade journals, factory reports, and the accounts of observers. Instead it was the puzzling behavior of the workers inside the factories that was the key.

What was this “puzzling behavior”? Well, unfortunately, it appears a good chunk of it was IST.

p>Read the rest, let it whet your appetite for more, and expect to see Clark here on SM in the near future