On July 25th, Pratibha Patil became India’s first female President. Because the Presidency is largely a ceremonial position, this is less significant than Indira’s ascension to the PM’s throne over 40 years ago. 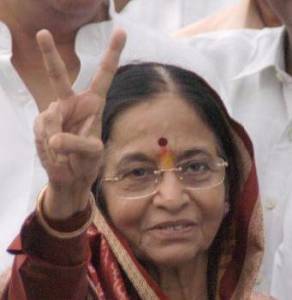 Patil may be far from an exemplary figure, dogged by a long list of controversies including her advocacy of eugenic sterilization, allegations that she protected her brother from a murder charge, and her habit of speaking to dead people without being Haley Joel Osment, but at least she can do little harm as President.

What interests me more is the general question of whether the gender of a politician matters. Certainly, it’s hard to argue that there was anything about Indira’s reign that would reveal her gender.

However, at least at the village level, there is some compelling evidence that gender does indeed matter, but that female performance is unappreciated. Economists examined the effects of a 1993 constitutional change that reserved one third of village council leader positions (randomly allocated) in Bengal and Rajasthan for women. This is what they found:

That’s right – women’s performance on the job is objectively better, they are less corrupt, but even so male and female voters are less happy with their performance and blame them for things entirely outside their control. While President Patil may have come to disfavor based on her own actions, in general it’s the story of Fred and Ginger for women politicians – they have to do everything that men do, but backwards and in heels.