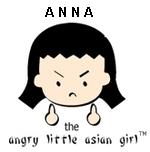 I love living in the middle of Washington, D.C. I love walking everywhere (only three miles to work!) and being able to run all my errands within minutes of my apartment, which is an extra fantastic place to live because the building manager is a sarcastic, blunt, eyeliner-and-nicotine-addicted mother hen of a woman who has me on lockdown (â€œUh, noâ€¦of course I didnâ€™t take some random young man upstairs, just because Iâ€™ve gone on seven dates with him!â€) because she dotes on me more than my own Mother does. That kind of affection is priceless and it more than compensates for tiny kitchens or ancient bathrooms.

In the dark days of 2006, when I still lived in fArlington, I dreamed wistfully of such city living; I left Manhattan in 2002 and have never quite gotten over that loss. I havenâ€™t felt the exhilarating, unstoppable happiness I am only able to experience when I overhear four languages on one city block, when cabs are plentiful 24/7 or when ambulances are screeching by at all hours, serenading me to sleep (when I visit my Mother at home in â€œquietâ€ NorCal, I sleep in the living room with the TV on because the silence is too eerie).

I was ecstatic when I found my new home (which I did thanks to one of you!) and I gleefully pictured myself walking down Connecticut Avenue to the metro every morning; Iâ€™d have a â€œdripâ€ coffee in hand and Iâ€™d be beaming uncontrollably while humming the â€œThese are the people in your neighborhood!â€-song from Sesame Street as I â€œcommutedâ€ a whopping eight-minutes to work.

I love coffee. I have loved it since I was 18-months old. I am picky about it, as much as I am about everything else. Thatâ€™s why I adore the fact that there is this little place which no one seems to be aware of, tucked away even while in plain view of one of the busiest thoroughfares in the city. I donâ€™t know what kind of beans they use and I donâ€™t care, their coffee is outstanding. The only thing which could possibly taste better is the elixir which my detail-obsessed Father used to make after freshly grinding beans every morning (gawd, I love engineers and the precision with which they seem to do everything).

I didnâ€™t think I could feel such affection for a coffee place unless it was venerable Caffe Greco in North Beach, a joint which is the closest thing I will ever know to Cheers, since everybody knows (and shouts) my name when I walk in, even though I only go there once or twice a year now. But like Greco, my coffee-pushers now pour my drink the moment they see me through the window; itâ€™s a beautiful way to start my day, to feel that seemingly inconsequential bit of recognition from the young man behind the counter who knows exactly how much space to leave in order to fulfill my ridonkulous addiction to half-and-half. He is Asian and if youâ€™ve read this essay this far, Iâ€™ll reward you by telling you that he is the point of my entire post.Over the past few months, weâ€™ve created the sort of content rapport which forms when you see someone right on schedule, five days a week, when the â€œHow are you?â€ youâ€™ve posed is actually sincere and answered with a smile. Today felt a little bit different and not just because there was a bewildered tourist obtusely blocking the tiny counter which holds all the sugar, stirrers and cream (they usually just go with the â€œsureâ€ thing and hit the Starbucks across the street). He cocked his head and looked at me in a way I had yet to experience there. I was amused as I wondered what could possibly come next.

I smiled, but I was exceptionally conscious and somewhat surprised at how this felt so different, how instead of tensing up, feeling â€œotheredâ€ and noticing the hairs on my neck prickle, I was utterly relaxed. I tried to be extra mindful of the exchange, especially since I was already thinking, â€œthis is going to turn in to a Sepia Mutiny postâ€ even at such an early segment of a social exchange. While I felt my â€œblogger sense tingleâ€, he kept going.

I replied immediately, casually, so easily.

â€œYeah. My parents. I was born here.â€ I was smiling.

I continued to smile at him, waiting for him to continue but he didnâ€™t and I wanted to laugh.

â€œCool. Iâ€™ve never met someone from there. Awesome way to start the day.â€

He smirked at me.

â€œDo you know where Mongolia is? Iâ€™m kidding, I know you know.â€

I laughed and turned to leave, only slightly acknowledging his

…because I was already mired in thought about what it all meant and how profoundly different that interaction felt compared to how it usually goes. Maybe I was a bigot, who gave preferential treatment to other Asians, like I was U.C. Berkeley or something. Was it only a problem for me when someone black or white asked me about my past? No…that couldn’t be right…when I first met my Russian and Ukrainian co-workers and went through this with them, my reaction was similarly neutral, if not positive. The Eritrean and Nigerian cabbies get indulgent smiles from the version of me which has no guard up.

So…Iâ€™m only chill when the question is posed by…people who arenâ€™t American? It was so much to think about and I cursed myself mildly for wearing 4-inch heels (platforms, people…platforms) because I was wasting grey matter by having to negotiate D.C.â€™s ultra-crappy sidewalks so carefully (I rolled my ankle my first semester here…twice). I wanted to delve, to turn this over and over again mentally and call myself out, if necessary.

Was my all-consuming adoration for my parents making me feel solidarity with every immigrant? I do feel an immediate connection to anyone with an accent from abroad. I do understand what it is like to be in exile. Maybe that was the key to accessing a kinder, not offended me. But was this wrong? Unfair?

Why was it okay to ask me where I was from, as long as the question emanated from anyone except another American? Have I become so hardened and embittered by constantly dealing with either ignorance or stupidity that I was now emotionally over-reacting whenever confronted with this query, which I am on a daily basis?

As abhorrent as this is to type, if you kick a puppy enough times, eventually it will bite. That encapsulates how I react here to trolls as well as how I feel like lashing out and pushing back IRL. I hated the omnipresent insinuation that I did not belong here, that I couldnâ€™t possibly be born here, because despite my lack of accent and the abundance of pearls, argyle and headbands, with my skin I was obviously a foreigner.

I loathed the surprise which registered on far too many faces when I answered â€œWhen did you come here?â€ with â€œI was born here.â€ This emotion has nothing to do with being ashamed of my roots or feeling scorn and superiority at all things Indian; it had everything to do with being treated like an unwanted stranger in my own home.

I love being South Asian. I am so proud of being Malayalee. I love being social. I wouldnâ€™t mind answering the â€œWAYFâ€ bit, if only it was asked without malicious intent, but maybe my radar was broken. Maybe, the next time someone who shared my American origin blurted the question out, I would remember this morning and how it is possible to exit such a conversation without feeling angry, alone or like the protagonist in a Jhumpa novel.

If you come back later, this post will be updated with my typical link-littering. It might provide more context for certain aspects of this essay, since I’ll be able to refer back to past discussions here etc. I know, I know…why publish this if it is not ready…well, the east coast needs lunch-time distraction and the left coast enjoys fluffy reading material during their coffee. I aim to displease.