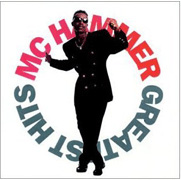 KFC Popcorn Chicken using MC Hammer’s “2 Legit 2 Quit”
This commercial ran during the early 90′s on american television. It puts Hammer in a back stage stand-off. Hammer refuses to go on stage for some reason, then someone holds out a box of popcorn chicken to Hammer. Hammer takes a piece, flicks it up, catches it in his mouth and says “Now that’s popcorn”. Hammer then takes the stage performing “2 Legit 2 Quit”.

An open letter to Sanjaya Malakar:

Over the past month, youâ€™ve wowed the world with your original performances. And, your ever-changing hairdos have made you almost as famous as KFCÂ® Original RecipeÂ® Chicken and Colonel Sanders himself.

On behalf of Kentucky Fried ChickenÂ®, I want to serve up to you a tasty offer. If you don a bowl hairdo during one of your next nationally televised performances, KFC will grant you a free lifetime supply of KFC Famous BowlsÂ®. Weâ€™re sure America will be as â€˜bowled-overâ€™ by your take on this classic look as they are by our KFC Famous Bowls.

From wavy to Mohawk to now the classic bowl â€“ who knows, your bowl cut could start a trend as big as KFC Famous Bowls, which consumers ranked as THE most memorable new product of 2006.

In addition to free KFC Famous Bowls for life â€“ if you sport a bowl cut, KFC will cut a check in your name to Colonelâ€™s Scholars, a charity providing young people with much needed college scholarships. Weâ€™re confident that helping students afford college is something that even the toughest of judges would stand and applaud.

Join the legacy. [Thanks, tipster Sonia!]

36 thoughts on “Dancing for Chicken”