I received an nice email from a childhood friend this morning. He said:

I was thinking of your mother yesterday. It was International Women’s Day, and an Indian colleague was telling a story about her mom’s traditional role in the household as non-partner, non-decision-maker, etc, who sat on the floor while the men sat in chairs. I thought of your apartment, which always smelled like tasty traditional Indian food. But I also knew your mom as a successful professional and strong head of household. It just got me thinking and reminiscing, and was a nice daydream to have. 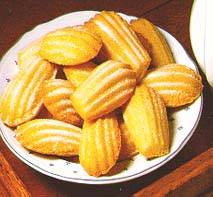 In an odd way, what stuck out to me was his mention of smells. We grew up in the same apartment building, and played together a fair amount as young kids. So if he says that our apartment had pleasant aromas associated with cooking, I believe him.

Still, despite the strong association between smell and memory, for the life of me, I can’t remember what foods my friends’ apartments smelled like at all. I recall plenty of other aromas from my childhood, many of which are about food, but none of them are about residences smelling like the foods people ate there. Go figure.

It’s a conversation we’ve had here often. We’ve talked about that curry smell and how meat smells create vegetarian self-segregation. It repeats elsewhere too. One of our (non-desi) readers remarked, on her own blog, that she was puzzled as to where the persistent pleasant smell of Indian food was coming from, only to realize that it was her.

Still, a story from a week ago will, I think, elevate this debate. Sunita Williams, the hadesi astronaut, has desi food in her “bonus container”:

Williams … has several Indian dishes in her bonus container, including Punjabi kadhi with pakora – vegetable fritters topped with yogurt and curry – and mutter paneer, a curry dish. The dishes are packaged to have a long shelf life in space. [Link]

Does this presage that curry smell in outer space? Honestly, I don’t think her fellow astronauts will care either what she or the cabin smells like, as long as she doesn’t repeat her most recent food accident which involved wasabi wafting weightlessly:

The spicy greenish condiment was squirted out of a tube while astronaut Sunita Williams was trying to make a pretend sushi meal with bag-packaged salmon… Since everything is weightless, spilled food is no ordinary clean-up challenge… “We finally got the wasabi smell out after it was flying around everywhere,” Williams told her mother this week … “We cleaned it up off the walls a little bit…” [Link]

After all, hopefully that curry smell is far more appealing than that wasabi smell, if only because little spicy globules might be dangerous …

39 thoughts on “That curry smell in outer space”