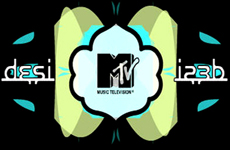 Bloggers can’t presume objectivity, so despite the fact that I don’t subscribe (only get old-school network TV), I’m frankly quite dismayed by the news that MTVWorld has closed shop. I know some people who work(ed) at MTV Desi, and appeared on a show that might never air, so perhaps my sentiments are self-serving. But an MTV desi producer emailed this rather heartbreaking note to me today:

This is just really tough for all of us who work to the bone on making something progressive and representative of our communities. I’ve been pretty broken up.

I feel truly truly sad…[and would like] people to understand the challenges of creating a 24 hour channel. The reason we repeat so much is because there are fucking four of us working our asses to the bone to get content up. We are growing. We are a start up– give us a chance!!!

It takes time– and we barely cleared a year and we have supported so many many artists and every single one of them has walked out of our studio feeling proud, happy, accomplished, important…[there is] a need for us to get out there… [to represent] what we stand for and how much WE CARE!!

SepiaMutiny blogged about MTVdesi from its inception, as the first video dropped, anchors were selected, desi artists aired their first videos. We even blogged about how MTV desi covered the Pakistan earthquake (internet writing about liquid television…does that count as meta commentary or wankery?)MTV Desi was not MTV India. Not something piped in for the Aunties and Babujis, not something that caters to particular regional, ethnic or religious tastes, not something that waxes nostalgic for the mother country. But, instead, reflects the fact that we are creating something new, forging a unique identity from the melange available to us as Ameri-Brit-Canadian-Kenyan-Punjabi-Hindu-Tamil-Bengali-Parsi-whatever.

Regular readers might know that I’m far from pollyanna-ish, and give short shrift to any sort of rah rah ethnic pride. (ok, fine, I talk about Sri Lanka a lot.) I’m not American-born, (1.5 gen?), and made plenty fun of you ABCDs when I first got here. But along the way I’ve come to really appreciate that confusion, especially since it leads to questions that are often unasked, issues that are often ignored and unexplored, back in our ancestral countries.

Sepia Mutiny itself is an amazing example of this. I marvel daily at the things I learn, the many voices, opinions and ideologies that come together here, and the way we still do have this intangible thing (flavorful brownness in a savory packet?) in common. 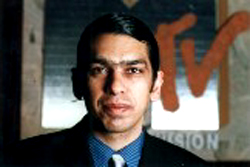 But this is, afterall, MTV, and perhaps Nusrat Durrani, the MTVDesi General Manager said it best:

If youÂ’re South Asian American, you have a specific mindset: youÂ’re bicultural. You are American- you grew up here, you went to school here, you have an American sensibility. But you also have a very strong emotional connection to your country of origin. Split between many cultures makes you inherently different than someone who doesnÂ’t share that.

If youÂ’re South Asian in the US, failure is not an option. There are stories about those who are doctors and engineers, but also those whose true inner passions are to be actresses, painters, poets. How do they pursue these passions if there isnÂ’t a role model out there? If you are someone like that in the US, you havenÂ’t had a TV platform that truly reflects your identity.

MTV DesiÂ’s progamming mission is to super-serve that type of person. Pop culture is how we do it. If youÂ’re South Asian American you havenÂ’t seen meaningful representation up to this point. Things like multi-racial dating, balancing the culture of your parents with the culture you grew up with in America; these stories arenÂ’t told. There is such a rich experience that hasnÂ’t been properly articulated. link

I don’t know if this was the right platform. Amardeep’s post had some excellent points regarding YouTube and cable, but perhaps missed the fact that MTV Desi marked corporate (Viacom!) acknowledgement and recognition of desi-ness. We can all search search, upload and share cips on youtube, chat on forums, and make use of a panoply of internet options (hel-LO there, SepiaMutiny!), but there are few places where content is created, generated, and presented for us. (ok, the younger of us.) And that will be sorely missed.

46 thoughts on “Rage, Rage Against the Dying Satellite”