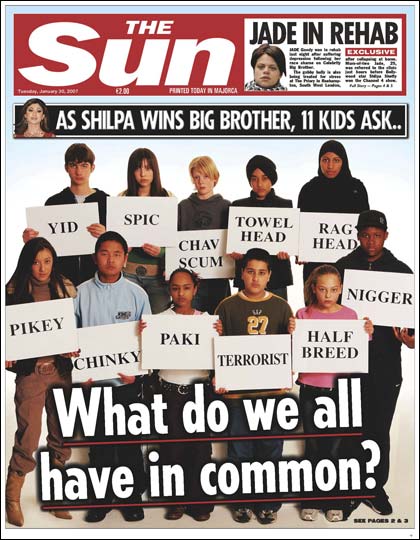 If you get your news mainly from US outlets, you’ve probably heard by now about the alleged plot foiled yesterday in Birmingham, England, in which extremists planned to kidnap a British Muslim soldier whilst on leave and execute him as a collaborator. There are some reports today that the plotters had as many as 25 targets identified.

But you may not have heard about the big debate that has erupted in Britain, also this week, about the results of a survey and report called “Living Apart Together: British Muslims and the Paradox of Multiculturalism,” by Policy Exchange, which most reports describe as a right-of-center think-tank. The results of the survey that have garnered the most attention suggest, among other findings, that a surprisingly large proportion of British Muslims would like to live under Sharia. There are of course major debates about how the question was phrased and what the responses imply in practice. It is also clear that the British Muslim community is no monolith, and all commentators are zooming in on the fact that more “extremist” or “separatist” stances are much more common among the youngest respondents (18-24) and progressively less so in the older groups. Again, what this means is being hotly discussed.

I don’t have time right now to do the topic justice, but hopefully commenters here, especially from the UK, will give us some perspectives. My man Sunny Hundal is already on the case along with the commenters at Pickled Politics. There are many other views online at the Guardian’s op-ed site, including this one from Dave Hill and this from Timothy Garton-Ash; you can root around the main UK papers for more. Be prepared for fatuous pieces too, such as this one that says folks shouldn’t worry about youth Islamic radicalism in the UK as it’s just the same kind of temporary rebellion that hippie kids displayed in the 1960s. Talk about adding nothing to the debate. Finally, if you have the time and inclination you can read the full report and crunch the numbers; let us know what you find.

However I found the most valuable summation of the discussion in this article at the website Spiked, by the lead author of the report, Munira Mirza (the report co-authors are Abi Senthilkumaran and Zein Ja’far). Here the sister responds to the first wave of discussion and makes some useful points:

The headlines affirmed what many people already suspected: that some younger Muslims in Britain are more likely to express Â‘radicalÂ’ views than older Muslims; that is, theyÂ’re likely to be attracted to political forms of Islam or have a more politicized approach to their religion. However, the research itself revealed a more complex and contradictory picture of British Muslims than these first impressions suggest, and that headlines such as Â‘Young Muslims more militantÂ’ allow. Behind the headlines, thereÂ’s a broad diversity of opinions and experiences within what is surely the most intensely scrutinised group in Britain. One of our aims was to get past the sensationalist tendency to portray Muslims as Â‘the problemÂ’ Â– either as potential terrorists or as victims of Islamophobia Â– in order to get at a bigger picture.

It’s worth quoting at length:

Firstly, the majority of Muslims are well integrated into British society Â– they want to live under British law and they prefer to send their children to mixed state schools. They do not live in bleak ghettoes cut off from society. Their religion is not a barrier to integration and is very often perfectly reconciled with being Â– and feeling Â– British. Most of them are comfortable supporting the national football team and having strong relationships with non-Muslims. And while some younger Muslims are more interested in learning about their religion, many others feel it plays little role in their lives Â– they indulge in rather secular habits such as drinking and having pre-marital relationships. Although there is a definite increase in support for sharia amongst younger Muslims, we should be wary of seeing this as an automatic qualification for being labelled Â‘IslamistÂ’ or Â‘extremistÂ’. There will be complex reasons for why individuals responded to this question in the way they did, and there was little evidence in our research to suggest that most want it imposed in the UK, as some newspapers wrongly interpreted.

As Sunny and others have done, Munira offers this observation about youth disaffection and search for identity in general:

The collapse of older collective political and national identities has meant that younger people in general are searching for meaning in their lives. Some of them are turning to Islam as a kind of politicised identity in the absence of much else. A similar impulse lies behind the resurgence of regional identities, such as Scottishness, or even Englishness.

It’s right after this however that many American readers are likely to first feel taken aback:

Moreover, the political philosophy of multiculturalism, with its stress on institutionalising difference, has encouraged younger people from ethnic groups to believe that theyÂ’re different from each other, and that they need special recognition and protection. Paradoxically, by insisting on engaging with Muslims as a distinct group, the authorities make many of them feel even more excluded from the mainstream, which leads in turn to an intensification of the search for identity.

This moves the discussion into the realm of public policy, which is the whole point of course, but does so with an off-hand definition of “multiculturalism,” a term that is bandied about a great deal in the UK political conversation but has nothing close to an agreed meaning, either as a political philosophy let alone as a program of policy action. (Timothy Garton-Ash makes this point.) As a result much of the debate involves defenses or indictments of “multiculturalism” that end up talking past one another. Clearly there are issues at hand in Britain about the allocation of government funds in education and other areas, about the flexibility of the legal system, about who participates in policy-making and on what basis, and so forth, that all interrogate Britain’s approach to ethnic, cultural and religious diversity.

I want to leave this subject relatively open, but at the same time I want to share an interesting observation by a commenter named Neil at the New York Times blog The Lede (which is sort of the hangar where they put stories that are deemed interesting but not big enough to make the front page of the site). This comment is interesting to me in part because the writer announces himself as an American desi, and in part for the comparison he draws:

What is missed in this discussion is a focus on the accuracy of the term Â“embracing of multiculturalismÂ”. That glowing description is certainly not how I perceive Britons to be treating people of color within their society. I am a proud American who happens to be of Indian (from India) descent. I know many Â“BritonsÂ” of Indian descent but none of them are even remotely Â“proud to be BritishÂ”. The reasons underlying that discrepancy is the inability by Europeans to accept people from other cultures as truly one of their own. This in turn stems from societal racism and xenophobia that has not been confronted the same way we Americans have over the past several decades and even centuries. It is also explained by the historical foundations of most European states (usually ethnic and racial, unlike the USA).

Those factors are a far cry from Â“embracing multiculturalismÂ”, which is a meaningless term that I donÂ’t comprehend to begin with. The US supposedly embraces Â“assimilationÂ” rather than multiculturalism. But what does this mean in concrete terms? For me personally, Â“assimilationÂ” has not prevented me from speaking the native language of my parents (which I do), practicing their religious tradition (which I do), being in touch with my ancestral roots (which I am), and associating with other people of the same ethnic background (which I do). Britain experiences these problems because Britons are not ready to accept people of color into their society for racist reasons, and that is the bottom line.

I’m not inclined to make the same sweeping generalization this brother makes in his last sentence, and I’d also note that he clearly has his own definitions of assimilation and multiculturalism. But beyond the terminology, his testimonial and the underlying point he makes remind us of the difference between the nation-of-immigrant narratives of the US and some other countries, and the unified-national-identity narratives now being questioned in European nation-states.

I need to leave it at that for now but look forward to people’s comments, from the UK, US and anywhere else. I’m also asking the SM Intern and Rajni the Monkey to remove any sectarian or abusive comments — this topic is too serious and much too interesting.

58 thoughts on “London Brawling: Another Round in the British Identity Debate”