When I was in India last, I acquired a new pet peeve, one that irritates me far more than it should:

Why is desi clothing called “ethnic” in India itself? 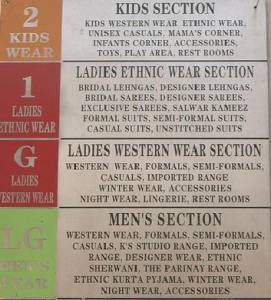 We’ve all had this conversation with a non-desi at a desi wedding:

“Why is the bride wearing red?”
“Well, some brides wear white, but for others, wearing red or pink is our ethnic tradition.”
“Oooooh, that’s so exotic”

Ethnic means we’re different from them.

But in India, why are Indian clothes called ethnic? Ethnic connotes the other, the habits of the minority, things that are unfamiliar to mainstream society. None of this applies in India for Indian clothing. There is no them to be different from.

Why not call it “Western” vs. “Indian” clothing? Or (although this is not accurate) “Western” vs. “Traditional Clothing”? Or, if you think the term ethnic refers to the fact that various types of clothing have regional roots, why not say “Gujarati Lehngas” and “Punjabi Salwar Kameez” etc? Better yet, why not just say Sherwanis rather than “ethnic Sherwanis”? I just don’t get it.

Then again, if you consider the breadth of my ignorance about fashion, the fact that I don’t understand this one little thing is really the least of my troubles

The word ethnic originally meant “gentile” or “goyim”. This sense that it refers to foreign people rather than all people has been with the word ever since it was in the original greek:

WORD HISTORY When it is said in a Middle English text written before 1400 that a part of a temple fell down and “mad a gret distruccione of ethnykis,” one wonders why ethnics were singled out for death. The word ethnic in this context, however, means “gentile,” coming as it does from the Greek adjective ethnikos, meaning “national, foreign, gentile.” The adjective is derived from the noun ethnos, “people, nation, foreign people,” that in the plural phrase ta ethne- meant “foreign nations.” In translating the Hebrew Scriptures into Greek, this phrase was used for Hebrew go-yi-m, “gentiles”; hence the sense of the noun in the Middle English quotation. The noun ethnic in this sense or the related sense “heathen” is not recorded after 1728, although the related adjective sense is still used. But probably under the influence of other words going back to Greek ethnos, such as ethnography and ethnology, the adjective ethnic broadened in meaning in the 19th century. After this broadening the noun sense “a member of a particular ethnic group,” first recorded in 1945, came into existence. [Link]