The Beeb reports that Afghanistan’s Supreme Court once criticized godless liberal Charlton Heston for wearing shorts 40 years ago in a movie:

… [Afghanistan's] Supreme Court sought to ban [a TV channel] for showing the Charlton Heston sword and sandals epic, The Ten Commandments, during Ramadan in 2004. “It showed the prophet Moses with short trousers and among the girls,” Wahid Mujdah, a Supreme Court spokesman, said at the time. “He’s a very holy person and Islam respects him. This is wrong.” [Link - thanks, WGIIA]

And that was when Heston was playing bearded ol’ Moses. I wonder what they’d make of Heston’s other works featuring homoerotic bondage and hot monkey love: 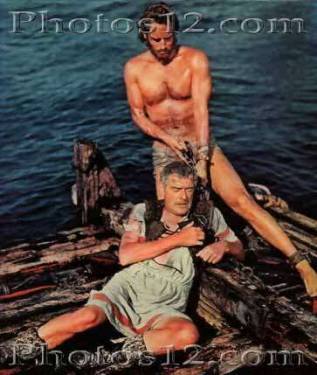 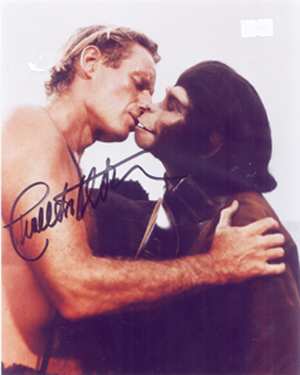 But after a little bronze-limbed tussle, I’m sure the Afghan judges and the former NRA president could have a heart-to-heart about the virtues of widespread AK-47 ownership.