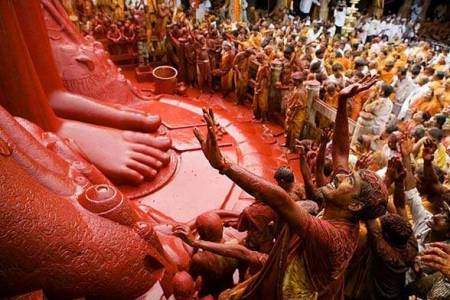 The Beeb is running some absolutely gorgeous photos of a major Jain festival which only comes around every 12 years. Jains from all over India and the diaspora gathered in Shravanabelagola, Karnataka for the Mahamastakabhisheka festival. They washed and anointed a 58-foot-high, 1,000-year-old statue of Bahubali with haldi, kumkum and rice flour. 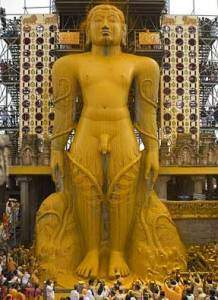 [Bahubali] is considered to be the originator of the concept of ahimsa or non-violence by the Jains, the basic tenet of their religion… he was the first to have attained salvation…

One thousand and eight small metal vessels containing water are placed neatly in the courtyard below the gigantic sculpture, considered divine. At day break, a select group of priests, chanting hymns, arrange the pots in a traditional geometrical pattern. Devotees then lift these vessels and climb up the 600 stairs to the top of the enormous statue… The statue is bathed with unending quantities of milk, sugarcane juice, pastes of saffron, sandal wood, and therapeutic herbal lotions. Powders of coconut, turmeric, saffron, vermilion and sandal wood are then sprayed on the statue. Precious stones, gold, silver, petals and coins are offered in reverence. The spectacular finale to this 10-hour ceremony is a shower of flowers from a helicopter. [Link]

p>Perhaps it was to prevent these charismatic scenes of religious ecstasy that the Puritans to the west took a rocket launcher to the Bamiyan Buddhas. 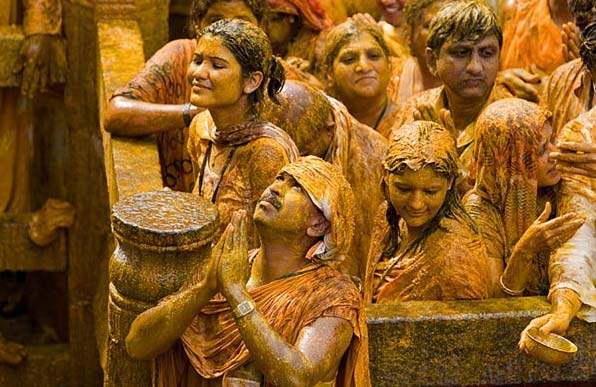 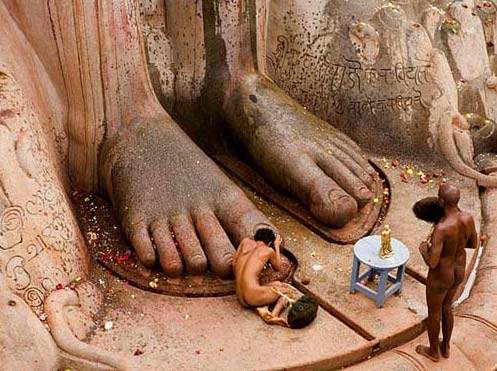 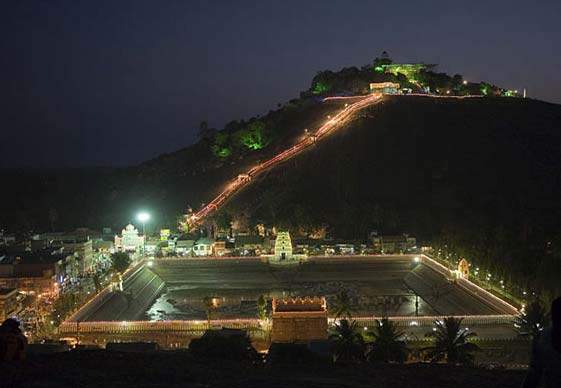