A 29-year-old Bangla woman from Queens was accidentally killed two nights ago when a new army recruit fired celebratory shots outside her window: 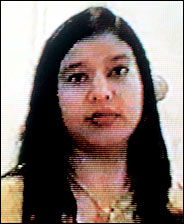 Selina Akther was shot in the head and died instantly at the window of her fifth-floor apartment in the Queens borough of New York. Police arrested a US soldier who they said was on leave and had been drinking when he fired shots into the air. [Link]

It had been a night of celebration for the young Army private, who had just returned from basic training at Ft. Hood, Texas. “We believe he was out partying with his girlfriend and he comes upon his friends,” Police Commissioner Raymond Kelly said at police headquarters. “He approached his friends, and that’s when he fires the shots in the air.” [Link]

After being shot, Ms. Akther lay bleeding on the living-room floor by the bullet-pocked window for about 20 minutes until her husband saw her and realized she was not breathing…

According to a law enforcement official, Private Carpio was extremely remorseful, and was cooperative in trying to help police find the gun, which he said he threw away after firing into the air. The official, who requested anonymity because the investigation was continuing, said Private Carpio had told investigators that while home on leave, he had visited his goddaughter, drank some beer and vodka, left his family and bumped into some old friends, and then, he said, did “something real stupid.” It was not until the next morning that he saw on the news that a mother had been killed. [Link]

Akther’s husband is a street vendor in midtown Manhattan: 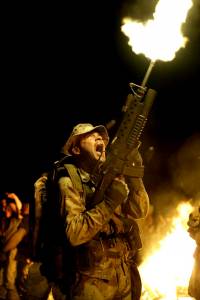 Mr. Maola worked at two jobs in New York, he said, selling coffee from one cart on 46th Street in Manhattan in the mornings and falafel from a different cart on the same street in the afternoons. His wife enjoyed staying at home, raising their children and browsing for T-shirts and jewelry, Ms. Parbin said.

The family’s two-bedroom apartment was a warm home where they came together for meals, celebrated holidays and watched Indian television together at night, as they were doing on Wednesday before calling Mr. Maola’s sisters in Bangladesh. [Link]

Drunkenly shooting rounds in populated areas is a murderous idea:

Pvt. Carpio just got back from basic training. That’s gonna be one of the shortest enlistments in military history.

23 thoughts on “Bangla woman killed by celebratory gunfire in Queens”