Breaking news today (thanks for the tip Vikram) is that U.S. citizen Noshir S. Gowadia, the self-proclaimed “father” of the B-2 stealth bomber’s propulsion system, has been arrested for espionage. The Honolulu Advertiser reports on the resident of Hawaii:

Noshir S. Gowadia traveled the world, billed himself as the “father” of the B-2 stealth bomber’s propulsion system, and disclosed classified military secrets about the high-tech aircraft to foreign governments, the federal government says.

Gowadia, a former design engineer for Northrop Grumman and later a subcontractor at Los Alamos National Laboratories in New Mexico, told investigators that he “disclosed classified information and material both verbally and in papers, computer presentations, letters and other methods to individuals in foreign countries with the knowledge that information was classified,” the criminal complaint states.

“I used examples based on my B-2 … experience and knowledge,” the Maui resident told investigators. “At that time I knew it was wrong and I did it for the money.” 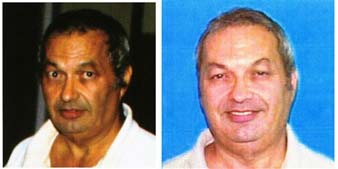 p>As of yet the Feds have not released which countries were involved in the transfer of the classified data. If convicted he could face up to 10 years in prison as well as fines.

According to the criminal complaint, Gowadia traveled to foreign countries to teach courses on “low observable and stealth technologies as they relate to passive aircraft defense systems such as infrared suppression.”

During one trip in December 1999, Gowadia allegedly taught a course in an unnamed foreign country using material stored on a laptop computer. Air Force classification officers reviewed the material he used and determined that the course was classified, the criminal complaint said.

p>This guy apparently sang like a canary upon being arrested. You almost feel sorry for him. A lot of these high tech scientist guys just want a lil’ respect after a long life of doing great work in secret. It’s the Willy Loman effect. Even though Gowadia wasn’t entrapped, his story reminds me a lot of Hemant Lakhani’s (who was the subject of a brilliant This American Life episode).

But Gowadia was not shy about talking about his background, said the neighbor, who did not want to be identified for privacy reasons. He said Gowadia referred to himself as “the father of stealth technology” and told his neighbor on their first meeting that he had an IQ of 220.

Gowadia also told the neighbor he grew up in a poor family in Bombay, India, and that he had given millions of dollars to charities outside of Hawai’i.

The neighbor said Gowadia spoke of stealth-type work he was doing to make commercial airliners “invisible” to missiles.

The Advertiser has written a superb article. I liked this particular fact:

The roof line of the spacious home resembles the shape of the B-2 stealth bombers Gowadia helped design. 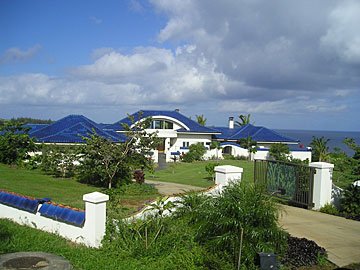 That’s wicked cool (thanks for the pic Manish). Gives me ideas for my own dream home. Here is another gem:

“He said he was interested in applying his knowledge of stealth technology to the practice of meditation,” the neighbor said.