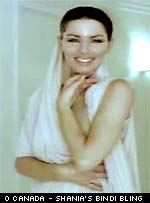 Earlier we told you about the piping hot pizzas-for-visas scandal in Kannada, that frozen tundra up north which supplies the U.S. with totally non-white-bread talent like Sarah McLachlan and Matthew Perry. Ok, and Shania, I’ll give you that. A desi had publicly accused a Canadian minister of expediting immigration in exchange for free campaign pizza. That’s revenge served cold, eh. 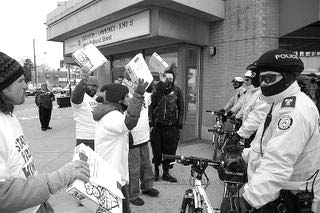 Well, some riotgrrls up in the Great White North held a pro-immigrant protest addressed to the replacement minister. In an astonishingly clever innovation, they raised protest turnout by combining the two things grad students love most in the whole wide world:

As Hominder would say, ‘Mmm… pizza.’

The ‘No Justice, No Pizza’ protest came just in thyme, but its salty language was peppered with cheesy slogans that left a bad taste in your mouth. We’d rather be nuked and quartered than stoop to unsavories just to satiate the pun-dits. And that’s my $3.25 on the subject.