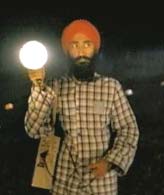 Ahluwalia was last spotted in a recent Time Out fashion spread pimped out urbanwear and turban. He doffs the pug in one scene, but manages to preserve his manly modesty under a neoprene scuba suit (clip 1, clip 2).

It’s not clear whether this is the same Waris Singh Ahluwalia who reported a hate crime in NYC a few months after 9/11:

Also check out the Sikh couple in the ‘Welcome to Atlanta’ booty video by Jermaine Dupri and Ludacris: 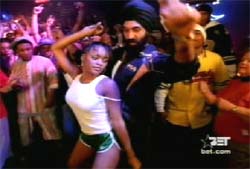 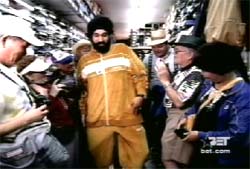 Are these Sikh actors being used as silent, exotic henchmen? Probably. But any exposure in a non-bad guy role is a good thing.

11 thoughts on “Sikh fashionista in ‘The Life Aquatic’”