Election fever is on the rise. (I don’t know about you, but none of my favorite TV shows quite have the same appeal these days and anytime I pick up a newspaper or hop on a website or facebook, I’m more likely to click on a election story or link than anything else.) Itâ€™s even hitting Anu Garg, the software engineer turned wordsmith and the brain behind the immensely popular (600,000 people in some 200 countries) A.Word.A.Day newsletter.

Garg is asking a simple question this week: Whatâ€™s in a name (of those whom we call our presidential hopefuls)? 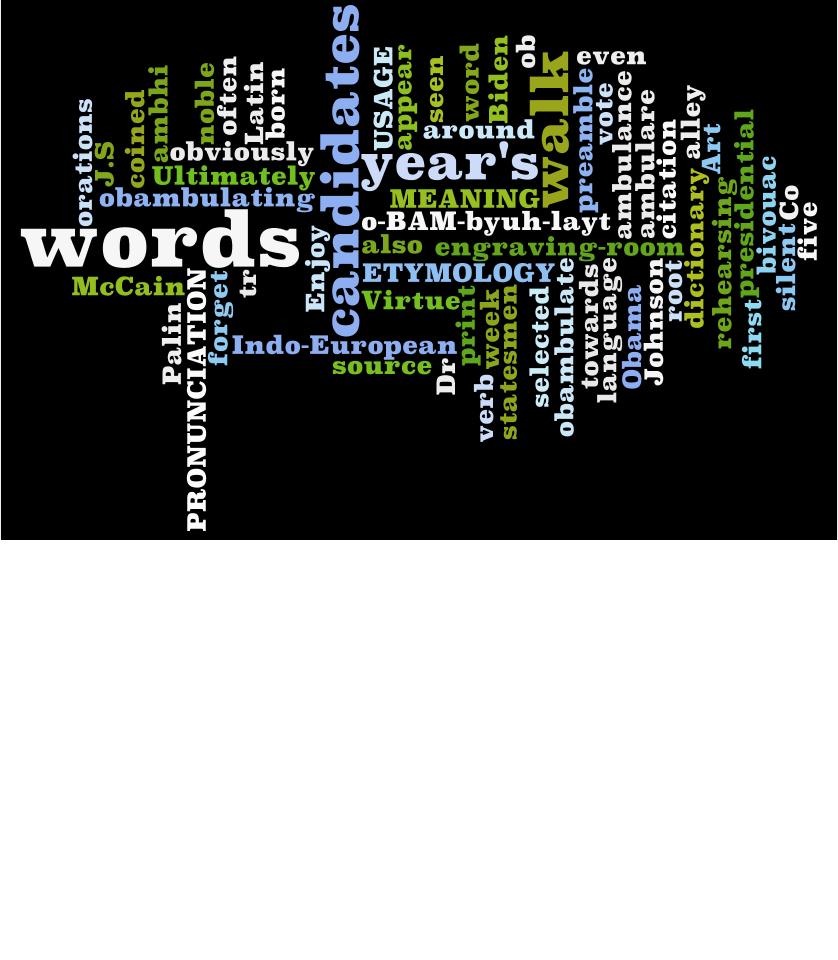 â€œThe effect of the actions of a president last for years and eponyms (words coined after someone’s name) enter the language that reflect their legacy, such as Reaganomics and teddy bear (after Theodore Roosevelt),â€ Garg wrote earlier today in his daily newsletter. And, although the five words for this week’s A.Word.A.Day all appear to have been coined after this year’s presidential candidates (Obama, Biden, McCain, and Palin). they have been in the language even before these candidates were born.

The first word for this week: obambulate

PRONUNCIATION:
(o-BAM-byuh-layt) MEANING:
verb tr.: To walk about.
ETYMOLOGY:
From Latin ob- (towards, against) + ambulare (to walk). Ultimately from the Indo-European root ambhi- (around) that is also the source of ambulance, alley, preamble, and bivouac. The first print citation of the word is from 1614.
USAGE:
“We have often seen noble statesmen obambulating (as Dr. Johnson would say) the silent engraving-room, obviously rehearsing their orations.”
The Year’s Art; J.S. Virtue & Co.; 1917.

[In case you're wondering, the image to your right was generated using the above definition, courtesy of Wordle, a wonderfully obsessive site that generates word clouds for a chunk of text, url, or RSS feed.]

The remaining presidential words will be posted here everyday for the rest of this week. And, a Q&A with Anu Garg follows below the fold. END_OF_DOCUMENT_TOKEN_TO_BE_REPLACED

I don’t claim to know or like Bollywood, but I do love languages and everything connected with them, whether it’s linguistics classes (so I may learn to pronounce the “u” in “Tu” properly, in french) or articles about the politics of what we speak, how we speak it, and when and where: 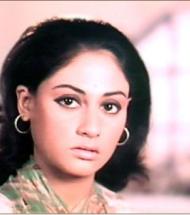 It was an innocent, throwaway remark but it was enough to throw India’s most famous acting family into a head-on collision with a right-wing group in the country’s movie-making capital.

Jaya Bachchan, the wife of the country’s best known movie star, Amitabh Bachchan, found herself at the centre of a nativist fury after she asked to speak in Hindi at a press conference in Mumbai, rather than Marathi, the local language. She said because the family was from northern India, it was easier for her to speak Hindi. [linkage]

A harmless enough remark perhaps. But her words were seized on by right-wing activists who demanded a boycott of all films by the Bachchan family – Abhishek Bachchan is Amitabh’s son and Aishwarya Rai is his daughter-in-law – and who began tearing down posters featuring the family and damaging a cinema showing one of their films. Such was the concern that the premiere of Mr Bachchan’s latest movie, The Last Lear, was postponed.[linkage]

The culprits (oh, how I love that word) may have belonged to or been inspired by the Maharashtra Navnirman Sena (MNS), which splintered from Bal Thackeray’s Shiv Sena two years ago. The regionalist, right-wing MNS would prefer that Maharashtra be for Maharashtrians; predictably, they are rather protective of the Marathi language, as well. MNS insists that this isn’t the first time Bollywood’s finest family has dissed Bombay Mumbai (Mollywood?):

“She has purposely made such statements. Even when she said forgive me, she had a cunning smile, like she was taking potshots at Maharashtrians,” said the MNS party leader, Raj Thackeray.[linkage]

It’s a sign of how powerful this party is, that rather than roll their collective eyes, the Bachans responded by going in to apology mode. Big B even devoted an entire blog entry to his sorrow over the whole unfortunate affair, after passing a sleepless night. Highlights from that (I forgot he had a blog!), after the jump: END_OF_DOCUMENT_TOKEN_TO_BE_REPLACED