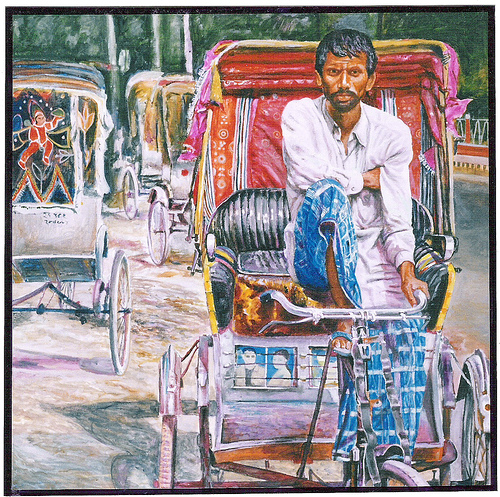 So readily recognizable, so readily wearying, are the woes of the expatriate Indian on a trip to India. But bear with me, gentle reader. My hometown is the place about which the writer Upamanyu Chatterjee, who was born in Patna, has said, “I can’t efface that from my history, it’s in my passport…” Here is my brief travelogue published today in Tehelka:

Going to Patna for a vacation sounds a little bit like going to the bus-stop for a martini. But my parents live there, and Patna is where I visit for the holidays. I find myself reciting the familiar woes of the NRI in the motherland, the endless clichÃ©s about the heat and dust, but a part of me also believes that a trip to Patna offers a glimpse of the real India. I’m not talking of “poverty tourism” here, but something quite specific. A report from the UN stated that in India it is easier to have a mobile phone than to have access to a toilet. Well, ladies and gentlemen, come to Patna–you’ll see that the rickshaw-puller has tucked into the little pocket of his torn ganji a small phone, while on both sides of the street, as you ride the rickshaw into the market or the station, arises the distinct aroma of drying urine.

[The fab painting above, of a rickshaw-puller in Patna, is by my yaar and Patna star, Anunaya Chaubey] END_OF_DOCUMENT_TOKEN_TO_BE_REPLACED 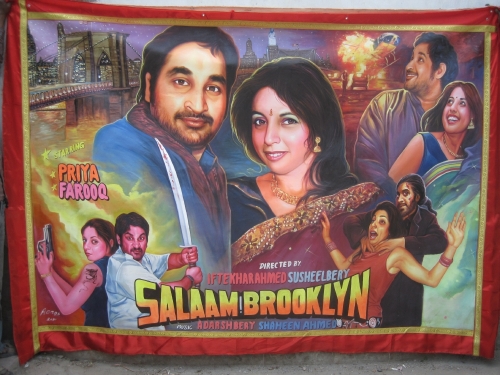 In the ‘Weddings’ section of the New York Times, I imagine a report that might read: “Priya Bery, a social entrepreneur who focuses on global philanthropy and human rights, and Farooq Ahmed, a writer who like Ms. Bery was also raised in the Midwest, he in Kansas and she in Michigan, got married in a ceremony at the Angel Orensanz Foundation on Saturday. The parents of both the bride and the bridegroom migrated from India several decades ago.”

The Times would probably not mention that Priya and Farooq getting married last weekend in a beautiful nineteenth-century Jewish synagogue was a way of staying true to our culture. In Bollywood films, the male can be from Ludhiana and the female from Lucknow, but when they start to sing their song of love, they do so in a field of flowers in Switzerland.

If my mother were there, she’d no doubt gently remind me that “marriage is no joke.” Marriage is no joke, beta. She gave me that advice when I got married thrice–to Mona Ali, first in a civil court, then in a Muslim nikaah, and finally, in my hometown, in a Hindu shaadi.

Mona and I met in New York City. When I think of what happened between us, I am reminded of what my friend Suketu Mehta once wrote about this place: “The first time I met the enemy people, Pakistanis, was when I went to New York. We shopped together, we ate together, we dated each other and had each others’ babies.”

Priya and Farooq met in New York City as a part of an alternative desi music scene called Mutiny, which led a few years later to an evening in their favorite restaurant, where Farooq proposed to Priya, and had the waitress bring out the ring like it was a course during their meal–just before dessert.