Hi, everyone. For the last few years I’ve been pretty much fulltime over at our twitter franchise, one of a few people trying to make sure you get all your savory brownness in an 140 character packet. As a result, I’m afraid I’m a bit rusty at this longer-form blogging.

But the truth is, as my exes can attest, I’ve never been any good at final goodbyes. I even skipped the funeral of a close friend because I couldn’t stand the finality involved in watching him get cremated, even though I knew he was already gone. But I’m afraid there’s no way to skip your own wake, and once you’re there, you might as well try to deliver a eulogy, awkward as it is.

Part of the problem is that Sepia was never just one thing, it was many. There were the blog posts, but that was just the tip of the iceberg, the part you could see. There was also everything that happened out of view, so many stories that I don’t think any one of us knows them all.

Fun fact: VH-1 once considered a “Behind the Blogging” special on Sepia Mutiny, but decided the truth (replete with biting off the heads of live bats) was too bizarre to be believed. That, and MTV-Iggy said “I’ll cut you, VH-1, Sepia is my bitch! Don’t you go near it!”

The other part of the invisible sepia, the spirit rather than the body, of course, was you all. This is what we never could have forseen when we started the blog, just four guys and one girl, all plugged into a group chat session on (gasp) AOL chat, that such a giant community would spring up around the blog, that people would continue the connections they formed in the comments and continue them, both online and offline, elsewhere. This was both our greatest triumph and our undoing.

Like any club, once we became popular, we lost some of the attributes that made us a hip watering hole in the first place. The comment section changed. We spent too much time and energy policing comments, and even so, it was impossible to maintain the vibe that first brought people here. Plus, as Facebook grew stronger, people simply took their conversations elsewhere, into private spaces.

That’s fine though. Eight years is a good run, longer than most sitcoms, the entire possible lifetime of a Presidential administration, and far longer than I thought we had any possibility of surviving.

We certainly had no idea what we were creating at the time, how many people we would touch, how it would affect each of us, and how, in the end, it would gently unravel. It’s hard to believe all the things that we achieved, as well as all the things that happened that I still cannot tell you about.

I could show you a slow montage of our greatest moments, all slung together in the standard narrative of the rise and fall of a rock-and-roll band, but that would be bullshit. Sepia was never about the commercial, the slick, the neatly manufactured. At our best we were messy, fractious, incoherent, and full of life.

My most famous post, Straight eye for the guerilla guy, could have used a good deal more polishing and refinement. Yet that didn’t stop it from being widely pirated and going viral, in the sincerest form of flattery.

So this, post #539, is my messy, poorly written, farewell and love letter to Sepia, both official and invisible, singular and plural, inside and out.

(Most likely, we’ll keep tweeting from @sepiamutiny for a little while longer, sort of the way the body of a chicken keeps running around, long after the head has been cut off. After that, you can catch me at my new twitter handle @ennismutinywale, and the rest of the crew at their twitter handles and personal blogs in turn.) 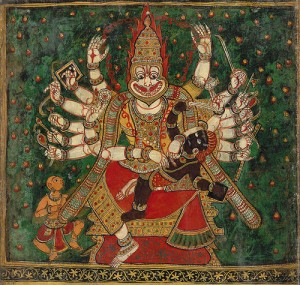 5 thoughts on “So long, and thanks for all the fish”