As we tweeted earlier, here is an intriguing picture: A Sikh American Civil War veteran [via Sikhnet] 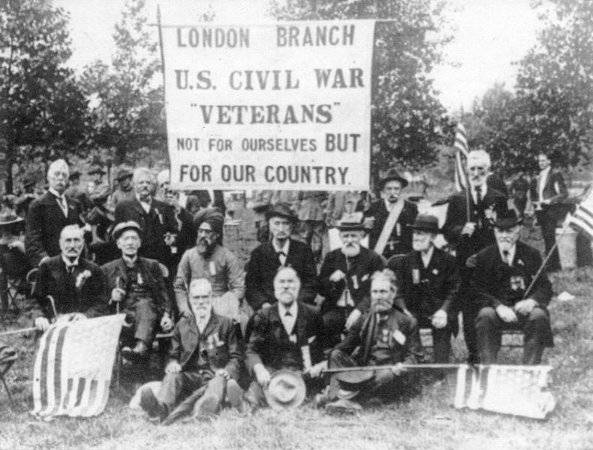 Here is the caption as to the origin of the picture:

I came across this photograph recently. It is a photo of British veterans of the American Civil War of 1861-65. The British veterans had gathered in London in 1917 to welcome the American troops on their way to Fight in France during World War One. Among them is (I believe ) a Sikh gentlemen sitting near the centre. I am curious to see if there were any Sikhs in the US army at this time.I am trying to discover this persons story as it is seems very interesting. Any insight in this matter would be most appreciated. -R.S. Kooner

Keep in mind that service in the U.S. military has always been one path to citizenship.

31 thoughts on “Sikhs in the Yankee Army”