Clicking on Wedplan’s news item in the sidebar about “India in Queens, With a Caribbean Accent” took me on a short but vivid tour of Little Guyana in Richmond Hill, Queens. I’d like to visit someday to experience the neighborhood firsthand.

While chutney and soca sound like a significant part of the area’s aural landscape, I became intrigued by the mention of another kind of music.

The Chargers were charged up and the Challengers just weren’t challenging enough. As a result, the Deccan Chargers beat the Royal Challengers Bangalore today and were crowned champions of the IPLSAE (Indian Premier League, South African Edition).

Deccan Chargers beat Royal Challengers Bangalore by six runs in Johannesburg in the final of the second season of the Indian Premier League.

Having lost captain Adam Gilchrist for a third-ball duck, Herschelle Gibbs (53 not out) and Andrew Symonds (33 from 21 balls) helped Deccan post 143-6.

The tournament was staged in South Africa because of security concerns.

It clashed with the recent Indian general election and with the government unable to provide security assurances, South Africa pipped England to act as replacement hosts. [Link]

It’s pretty amazing that a tournament of such magnitude could be moved to another country on fairly short notice. South Africa deserves a lot of credit for what Stuart Hess of The Sunday Independent calls a “terrible inconvenience.”

END_OF_DOCUMENT_TOKEN_TO_BE_REPLACED 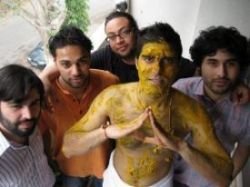 When one of the New Jersey-based Bamboo Shoots got married in Delhi this spring the rest of the band flew out to India and celebrated rock style with a five-city music tour. Concluded last month, the “Homecoming” tour brought their brand of pop/rock rhythmic dance beats to Mumbai, Pune, New Delhi, Bangalore and Kolkata. The band’s blog has pics and clips from their shows and time on the road, including a description of a near-arrest situation in Bangalore where dancing and dance-provoking music can be illegal.

Indian coverage of the tour described it as part of a broader relatively recent transition for rock bands there, from one-off concerts to nationwide tours. Drummer Shiv Puri compared touring there with the U.S.: “India is a lot like the US; it’s a huge place and here, you have to tour if you want to be known outside your home town.” (DNA India). Though many people (myself included) have come to know of the Shoots’ music through their tunes online, the tour allowed an international audience to get to know them as live performers. END_OF_DOCUMENT_TOKEN_TO_BE_REPLACED

The lyrics are tight (and readable), but the flashing images in the video clip just make me lean back and go, “Word…!” Bad ass video stumble courtesy of the website The Poet Project, virtual home base to Canada’s Humble the Poet otherwise known as the photographic Kanwer Singh.

“Appearances can be deceiving, and Toronto based artist Humble The Poet has used every misconception and assumption about him to amplify his message to the masses. … His first public release, Voice for the Voiceless, is a social commentary on the Taboos of the South Asian community, and has been the subject of acclaim and reference during public discourse on topics ranging on domestic abuse, violence in the community.[poetproject]“

I’m really impressed with his lyrics – it’s clear this guy is poetic musician verses flipped around and he understands the power of words (Not many hip-hop artists would have lyrics dance across their videos). END_OF_DOCUMENT_TOKEN_TO_BE_REPLACED

Last summer, a friend pointed me to Saffronart, an online auction site that features artwork by both better and lesser-known modern and contemporary Indian artists. You can browse for works based on the artist, how much they cost, or look at specially organized collections. Itâ€™s addictive enough for those of us who are suckers for eye-candy, but itâ€™s very interesting to see what you can get for your money, or somebody elseâ€™s money.

As most of you probably already know, over the last decade, the market for Indian art exploded, to the extent that it was considered a â€œsensible investment.â€ (Snarky aside to all those artsy types snickering at the thought of bankers, engineers, and doctors suddenly interested in Indian art: they paid your rent.)

Of course, weâ€™re in a different world now. END_OF_DOCUMENT_TOKEN_TO_BE_REPLACED

Maybe it’s because I live in L.A. and everyone here is working on the latest greatest movie/script/t.v. pilot but I have a great idea for a docu-travel-reality show.

Picture this: As South Asians have slowly immigrated over and made their mark on America, they have also brought along their iconographic image of Mahatma Gandhi. The bronzed image of a walking and robed Gandhi, stick in hand, has been popping up all across the U.S. recently with a statue in almost every major city. Each statue erected has a unique associated story, for the most part an active first generation Indian American community rallying for a statue in their adopted hometown.

1. Riverside, CA: I started thinking about this when I literally stumbled across a Gandhi statue in front of City Hall in downtown Riverside, CA. The statue is surrounded by quotes, and plaques with Desi names surrounding it. I learned later, the local Muslim community was in uproar about the statue getting put up. A compromise was eventually reach.

Among the concessions the city was willing to make were naming a street beside the local mosque after a Muslim leader, and considering a sister-city relationship with a Pakistani city. Currently, the city has a sister relationship with Hyderabad, India.[rediff]

2. San Francisco, CA: On the Embarcadero, the statue is located right behind the Ferry Building by the trash dumpsters.

The statue was given to the city in 1988 by the Gandhi Memorial International Foundation, “a controversial non-profit organization run by Yogesh K. Gandhi,” who Gandhi family members claim was a “scam artist” and the White House called “clearly disreputable” when he asked to visit. Then in the 1990′s Yogesh then was the subject of an investigation, and the US Dept of Justice charged him with tax evasion, mail and wire fraud and perjury. The Foundation continued for a few years but then ran into more legal troubles as they found out Yogesh still had his hands in things.[yelp]

3. NYC, NY: At the southwest corner of Union Square, the statue was added in 1986, to mark Union Square’s history of social activism. END_OF_DOCUMENT_TOKEN_TO_BE_REPLACED 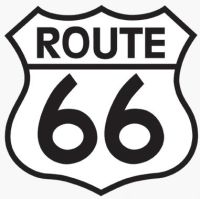 When Anne Dodge wrote her thesis at MIT about preservation planning along Route 66 â€” the 2,500-mile corridor that runs through eight states from Chicago to Los Angeles â€” she found out that more than 30 percent of the independent motel owners along Route 66 were Indian Americans.

Her documentary project 66 Motels will combine interviews and photos of historic motels and their owners. Browsing through the photos reveals shots of vintage neon signs and some retrofabulous interiors as well as portraits of the owners at their motels. She writes that interviews will be up by this summer. Some interviews are already online.

So not fun. This post may strike you as a strange way for the ethnomusicologist to start her stint as a guest blogger here, but bear with me. Given the news this week, this question has been on my mind, and I need to get it off my chest before I start blogging about all the other things dear to my heartâ€”- music, movies, food, art, driving my parents crazy with my music major, and living at 6200+ ft above sea level in a pristine Alpine desert climate. Rest assured, thereâ€™s time for all of that.

Over the past few months, I have noticed that many people (ok, Iâ€™ve especially noticed one) have used the term â€œgenocideâ€ to describe what has happened to the Tamil minority in Sri Lanka. The word is a strong one, evoking the most heinous acts that can be committed against humanity. Tamil civilians have indeed suffered in the civil war over the past two decades, but echoing Amardeep earlier this week, Iâ€™m uneasy with the term. END_OF_DOCUMENT_TOKEN_TO_BE_REPLACED

Maybe Democrats need to take a page out of the Republican playbook (via Asian Pacific Americans for Progress).

South Carolina State Representative Nikki Haley has just announced she’ll be running for Governor of the Palmetto State. Not only that, but as the preferred candidate of Republican Governor Mark Sanford, who is being term-limited out, Haley will have a lot of muscle behind her candidacy.[apap]

Looks like Nikki calls herself an an Indian-American, but there is little other reference to being Desi on her site.

Since becoming the first GOP Indian American in the nation to win a State House seat in 2004, Nikki has been named Chairman of the Freshman Caucus (2005), and Majority Whip (2006). In 2008, Nikki was re-elected by the largest margin of any state representative with a contested general election in South Carolina.

Born in Bamberg, S.C., Nikki graduated from Clemson University with a B.S. degree in accounting. Nikki currently serves on the board of directors for Mt. Horeb United Methodist Church Medmission. She is a member of the Lexington County Chamber of Commerce, Lexington Rotary Club, National Association of Women Business Owners, West Metro Republican Women, Lexington County Republican Party and the NRA.[nikkihaley]

First Bobby Jindal and now Nikki Haley. I’m surprised that not only is it the Republican party that is supporting South Asians into Governorship, but that they are in South Carolina and Louisiana. These are hardly states where I would imagine people of color gaining popular votes into leadership roles. I’m not sure what her chances are, but I have to say it is good to see a Desi woman vying for political power, even if she’s an NRA member. Question is, when will the Democrats start supporting Desis vying for higher political power as well? END_OF_DOCUMENT_TOKEN_TO_BE_REPLACED

I know your problem, I feel your pain. You want to read our website but you’d rather do so when you have free time. Like on the airplane. Where there is no internet access. Or on the subway. Where there is also no access. Or on the toilet. You are also a cutting-edge early adopter and purchased (or are about to) a Kindle from Amazon. Well then, we have something for you. SM’s e-subscription can now be purchased from Amazon.com for $1.99/month. That is about the cost of a mint tea at Starbucks. We get 30% of the $1.99 cost to pay down our server costs. Happy e-reading. 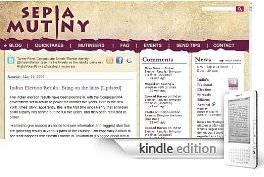 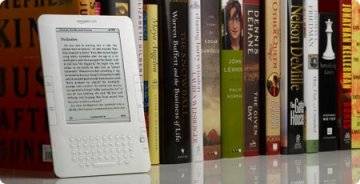