To mark Womenâ€™s History Month, Iâ€™ve been featuring works by desi women poets in a “Poetry Friday” series all month long. Here’s the last of four installments (1, 2, and 3.)

Songs are poetry, and singer-songwriter Rupa Marya has been on my radar for the past couple of weeks, ever since I found out about her world music band Rupa and the April Fishes (think the Indigo Girls meets traces of 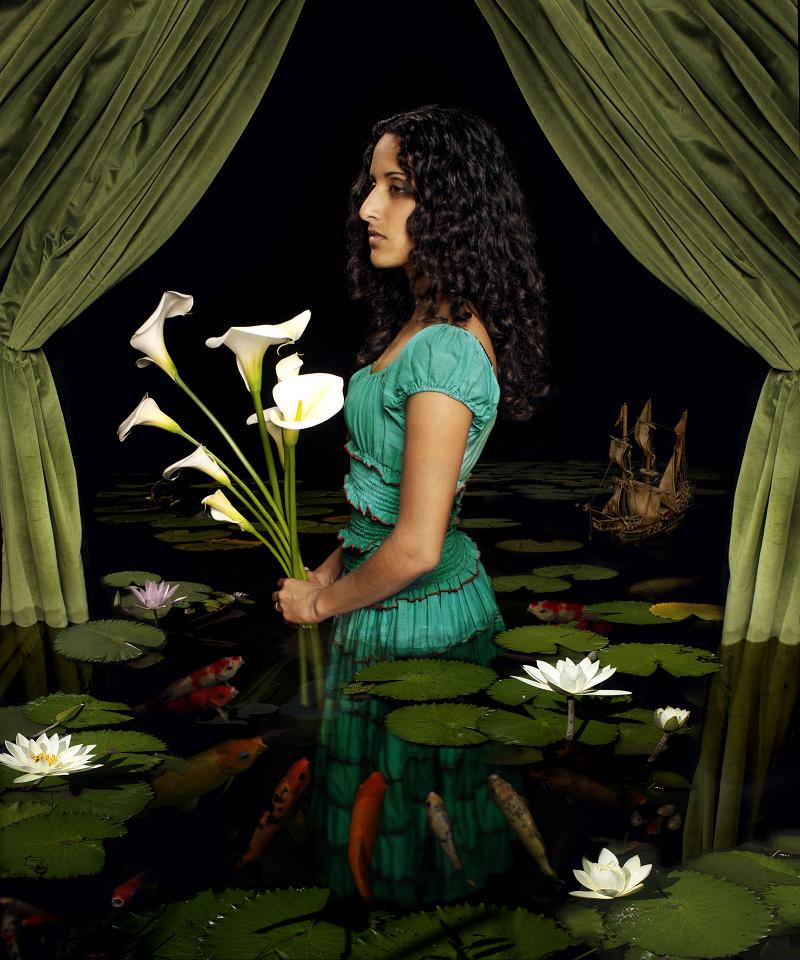 The group’s debut album “Extraordinary Rendition” has been picked up by Cumbancha, a record label founded by the head of music research and product development at Putomayo World Music, Jacob Edgar. It releases on May 1, and Rupa and her gang are in the middle of a North American tour that includes NYC and the Montreal Jazz Festival.

A musician, songwriter, and (yes!) physician, the American-born daughter of Indian immigrants spent part of her childhood in France. Many of the songs on the band’s new album are in French. From an article in the SF Chronicle:

The years between the World Trade Center attacks in 2001 and the 2004 presidential election changed her outlook on life and prompted [Marya] to alter her sound completely, by writing in French.

“What happens if you communicate … in a way that people who don’t speak that language can understand what you’re saying?” Marya says. “Especially when the world was becoming much more afraid of differences. That’s when everything sort of took off into another place.

Her song Une AmÃ©ricaine Ã  Paris, I think, conveys some of her post 9/11 reflections. The lyrics (reprinted with permission of Rupa and the April Fishes) follow, both in the original French and in Rupa’s English translation.

Surely this song is also influenced by her experience growing up as a brown girl in the South of France. From the Cumbancha website:

When Rupa was ten, her parents fell in love with and moved to the South of France. One of the few people of Indian descent in an area with a large Arab immigrant population, Rupa was immediately aware that the color of her skin lead people to make judgments about her before she even opened her mouth. “I remember being going into town with one of the ladies from my school” recalls Rupa, “and she said, ‘don’t worry, I’m going to introduce you as Indian otherwise they’re going to think you’re an Arab,’ as if that was a horrible thing. I remember being ten years old and always very aware of race and how people perceived me, and how I perceived myself. Living in the south of France , people always assumed that I was either Roma (Gypsy), or Arab. And so I was always very aware of how people treated my shade of brown â€¦.

Here’s the music video for Une AmÃ©ricaine Ã  Paris. I love the accordions and the aunties sitting at a corner table.

(Oh, and in case you’re wondering how she balances the music and medicine life – I sure was — according to the SF Chronicle piece mentioned above, she spends exactly half her time on her music, then every two months does a two-month stint as a physician resident at UCSF. Her songs are inspired by this experience, she says, in this “like seeing an old woman lose her love of 40 years to cancer.”)